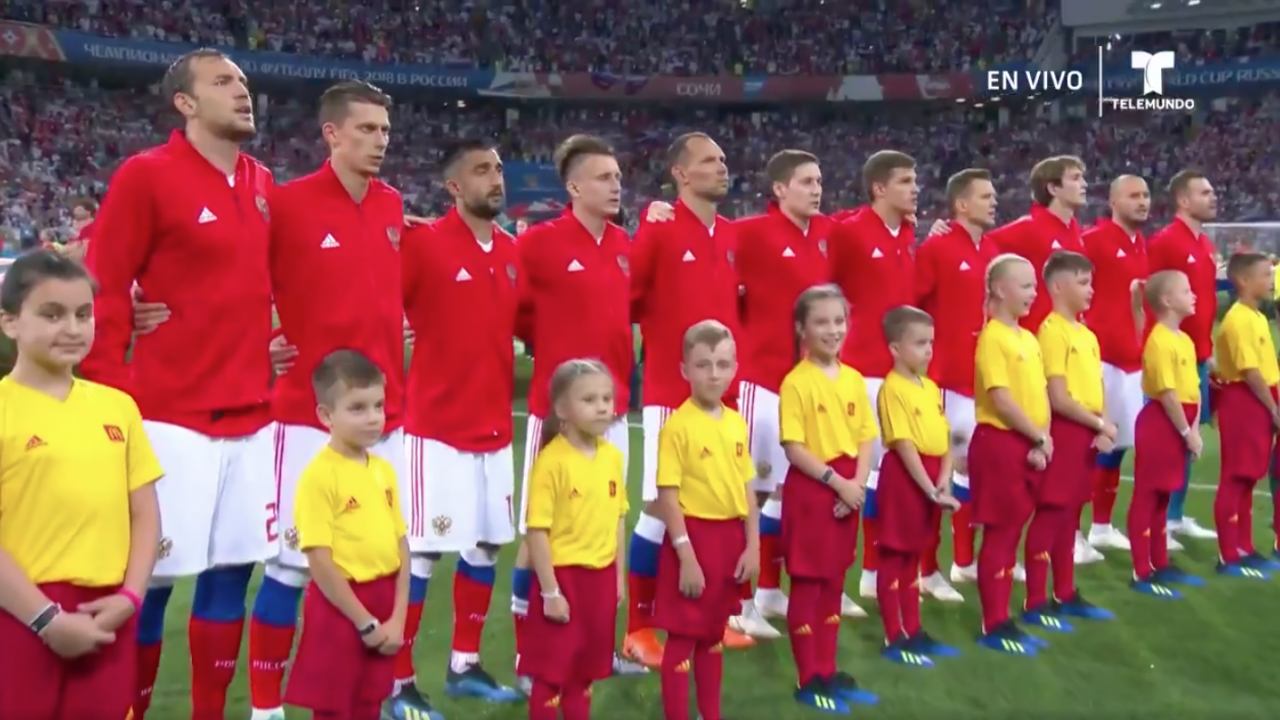 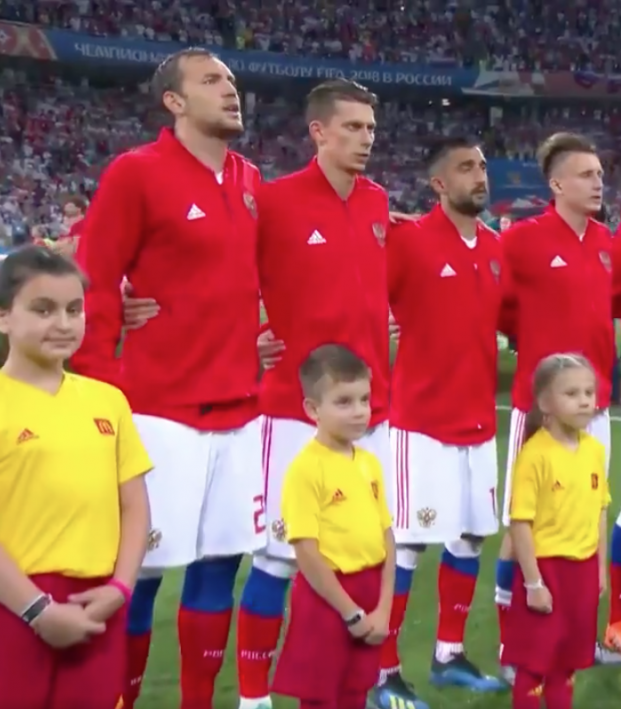 Russia has a lot of problems. The country denies civil rights to sexual minorities and political dissidents and is rife with racism. The nation has invaded sovereign nations three times in the last decade and meddles with countless other countries. But listening to the Russian national anthem before the World Cup quarterfinal match against Croatia on Saturday was a sign of just how patriotic the host nation is this summer.

For starters, Croatia set the stage with its anthem.

Then Russia outdid Croatia with what followed, a stirring rendition of the Russian national anthem sung by a majority of the fans at Fisht Stadium in Sochi.

For a moment during the Russian national anthem, you almost forget about all the nasty things Vladimir Putin has done, both within his country and abroad, from his neighbors to the United States.

The singing of the local fans shows how much Russians have gotten behind the Sbornaya after coming in with low expectations. Amazing what a win over Spain can do.