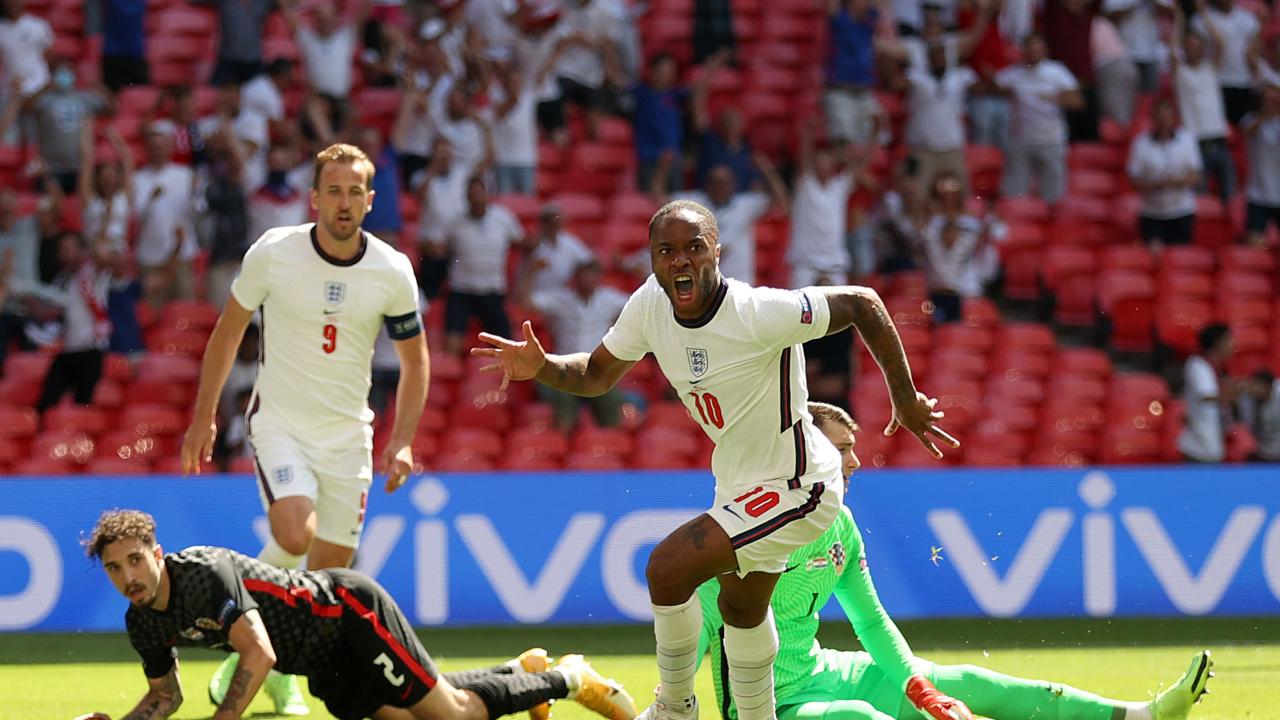 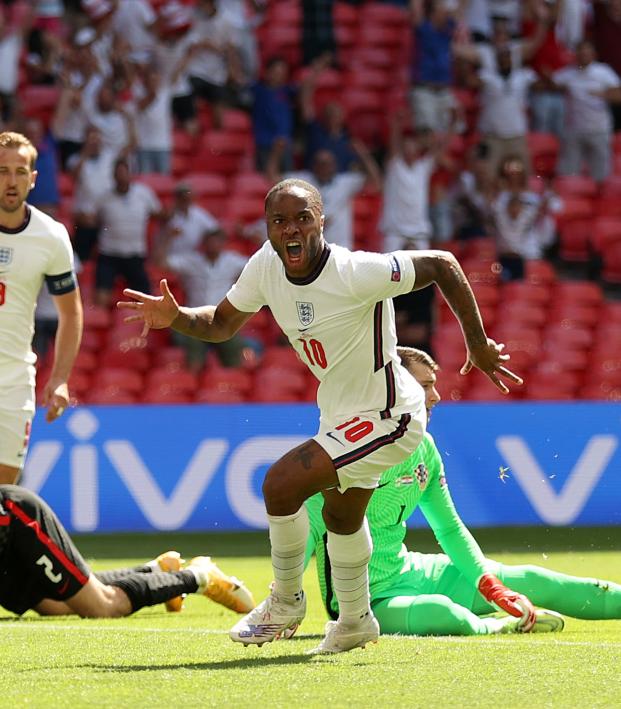 LONDON — Raheem Sterling finally found his tournament touch when his goal gave England a deserved 1-0 win over Croatia at Wembley on Sunday as they began a European Championship with a victory for the first time in nine attempts.

Sterling, something of a surprise starter after a flat end to the domestic season but a favourite of manager Gareth Southgate, slid home a 61st-minute shot after great work by Kalvin Phillips to end an individual drought that had run through England’s three previous major tournaments.

What a moment at Wembley! pic.twitter.com/1lPzXmTPrs

On a boiling hot day England started strongly, lost their way for a while but regained control as Croatia barely managed a shot, giving the home side the early advantage in Group D that also includes Scotland and the Czech Republic. The game lacked the drama and jeopardy of the teams’ 2018 World Cup semi-final, won by Croatia, and losing on Sunday was no disaster for them given the way the draw pans out, but it was a morale-boosting victory for England as they set off once again in search of their first title since 1966.

Roared on by a noisy 22,500 crowd — a quarter of Wembley’s capacity — England started full of bright intentions and put huge pressure on the visitors, pinning them deep in their own half. Phil Foden, his bleached hair channelling Paul Gascoigne from Euro 96, almost gave them a dream start when he cut in from the right and curled a low shot beyond Dominik Livakovic but agonisingly saw it come back off the post after the slightest of deflections from the toe of Josko Gvardiol.

Phillips, impressive all afternoon, had a 25-yard shot blocked but, instead of riding the early momentum, England lost their way. Croatia’s classy midfield trio of Mateo Kovacic, Luka Modric and Marcelo Brozovic began to stroke the ball around and, with the sun beating down, the pace and energy seeped out of the game.

England eventually shook themselves out of the torpor and struck when Phillips drove through the retreating defence, rode two tackles and played the ball expertly into the path of the darting Sterling who, under pressure, just got enough on the ball to steer it home.

Sterling had looked lively all day and celebrated his first major tournament goal with gusto, though he should have added a second 13 minutes later but blazed wildly over the bar.

Croatia were then forced to show a bit more ambition and threw on their attacking subs but though England’s defence looked a little shaky at times there were few chances for an equalizer.

Scotland and the Czech Republic get their Group D campaign underway on Monday before England welcome the Scots to Wembley on Friday, with Croatia playing the Czechs in Glasgow on the same day.