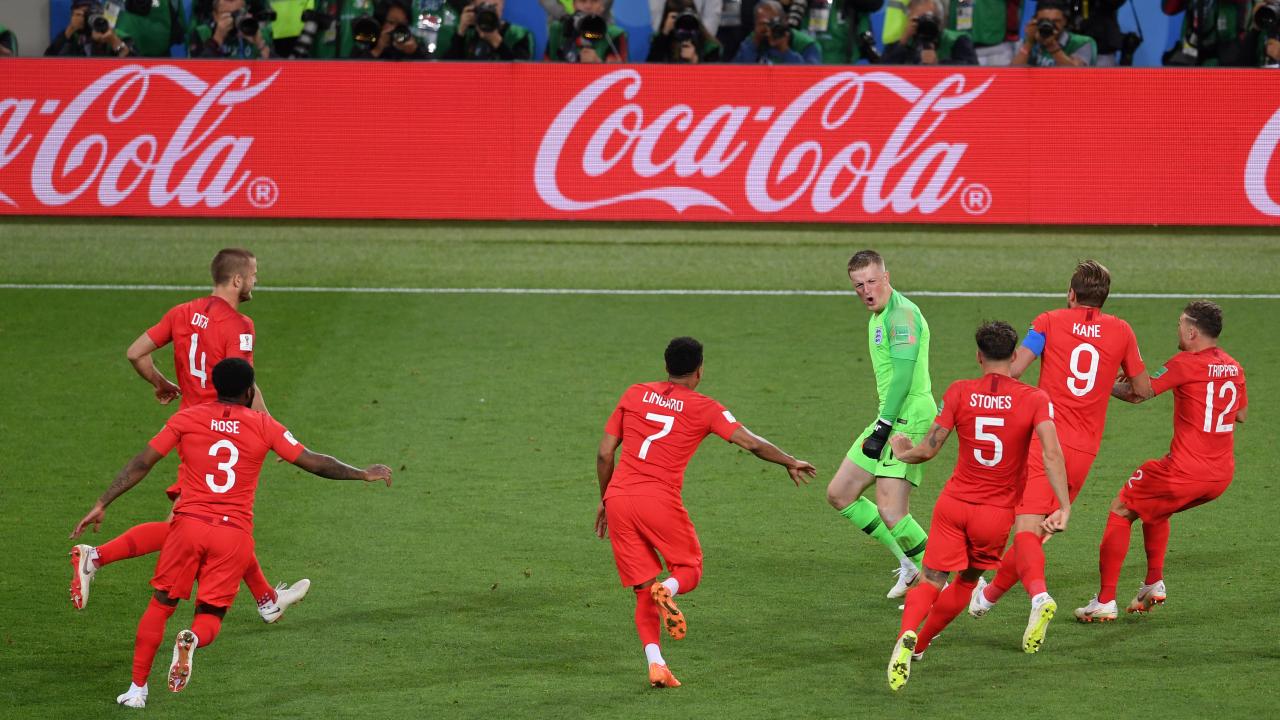 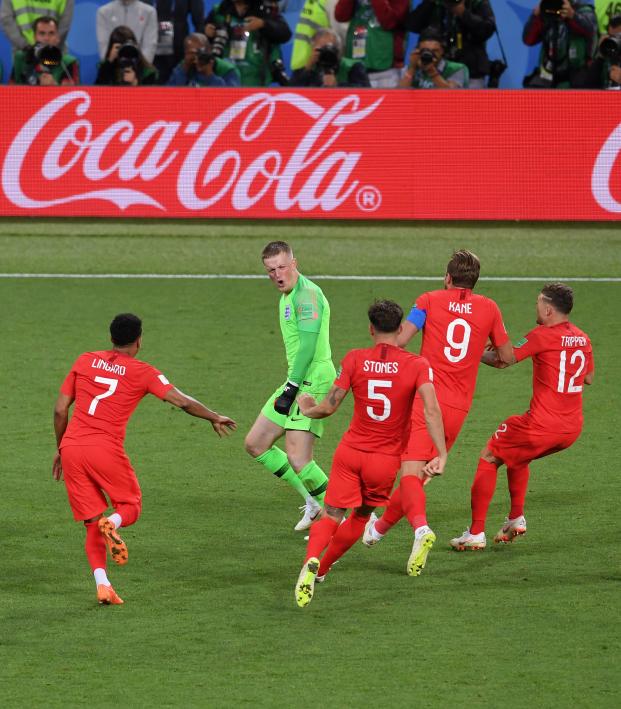 It was the outcome England dreaded most: After going out on penalties in ’90, ’98 and ’06, it was penalties again in '18 — this time in the Round of 16 against Colombia. What’s more, after conceding a 92nd minute equalizer to Yerry Mina, you could imagine that English spirits weren’t exactly flying high.

After Falcao fired Colombia into an early shootout lead, it seemed probable that Harry Kane — who David Ospina had already faced from the spot earlier — might finally disappoint from 12 yards out. That was certainly the English thing to do. But Kane has come to embody this new, relaxed England, and he smashed it into the bottom corner to equalize.

Juan Cuadrado then blasted an excellent penalty beyond Jordan Pickford before Marcus Rashford, all of 20 years of age, cooly dispatched his own attempt. This, however, is where it all went quintessential Three Lions: Muriel sent Pickford the wrong way, 3-2 Colombia, and up stepped Jordan Henderson.

The Liverpool captain hit a decent enough penalty, but Ospina got down to save the side-footed effort.

Up came Mateus Uribe, the man who’d forced Pickford into an excellent save to setup Mina’s equalizer. Remarkably, he struck the crossbar.

Kieran Trippier brought the score level at 3-3 with the next attempt, and then the script was flipped when Pickford clawed out Carlos Bacca’s attempt with a strong left hand.

Tottenham’s Eric Dier then steered in a low shot to send England through to the quarters … ON PENALTIES.

“I did a lot of research on them, for starters, so we had a fair idea,” Pickford said after the match. “Falcao is the only one who didn’t really go his way. And I’ve got power and agility to help me get around the goal, I don’t care if I’m not the biggest. Our mindset and mentality, we never stopped. We knew we had this game even if it went to penalties.”

Here's the entirety of the penalty shootout:

England just about edged the game on the whole, taking 52.4 percent of possession and attempting 16 shots to Colombia’s 14. The two periods of extra time were thrilling with Colombia dominating the opening 15 minutes before England came close to winning it through both Danny Rose and Dier over the final 15.

Colombia would’ve greatly benefited from the presence of James Rodriguez, who didn’t suit up because of his calf injury, and there'll be a lingering sense of what if for years to come.

The opening 90 minutes certainly wasn’t a thing of beauty. American referee Mark Geiger put in a controversial performance, handing out eight yellow cards while the match threatened to descend into farce on numerous occasions.

One of either England or Sweden is advancing to the semifinals of the 2018 World Cup, and both will certainly fancy their chances when measuring the other up.