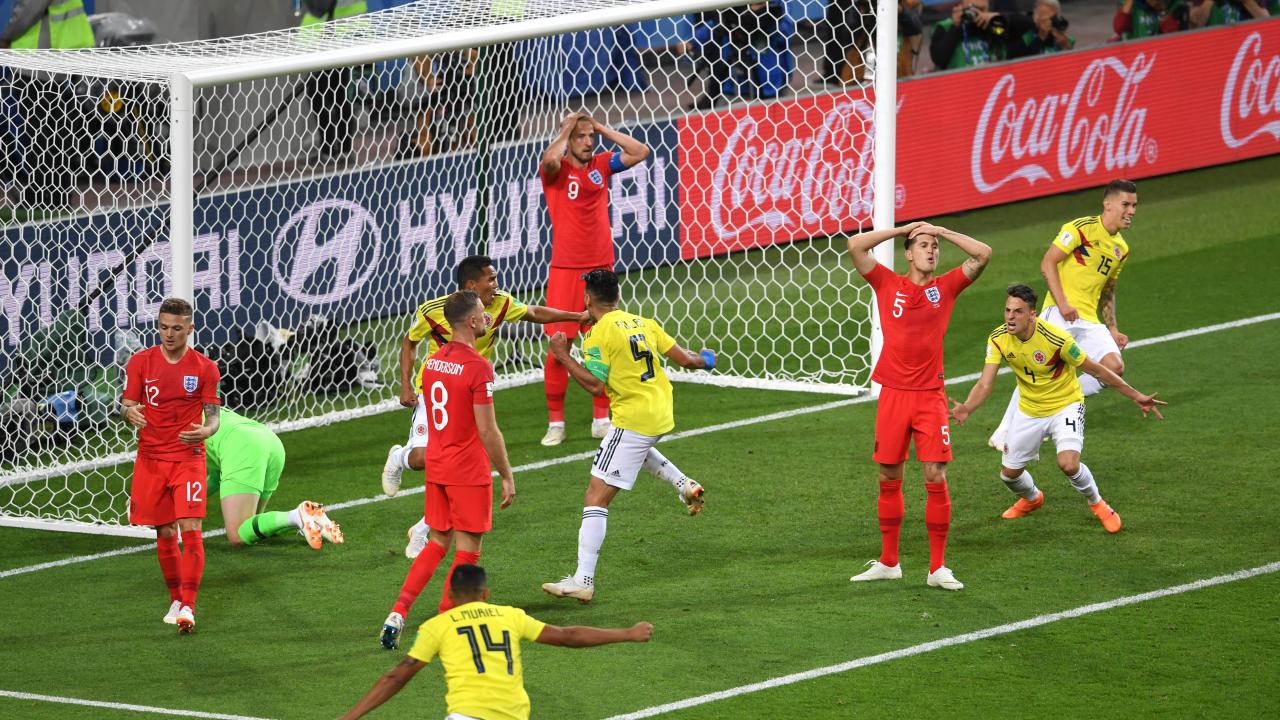 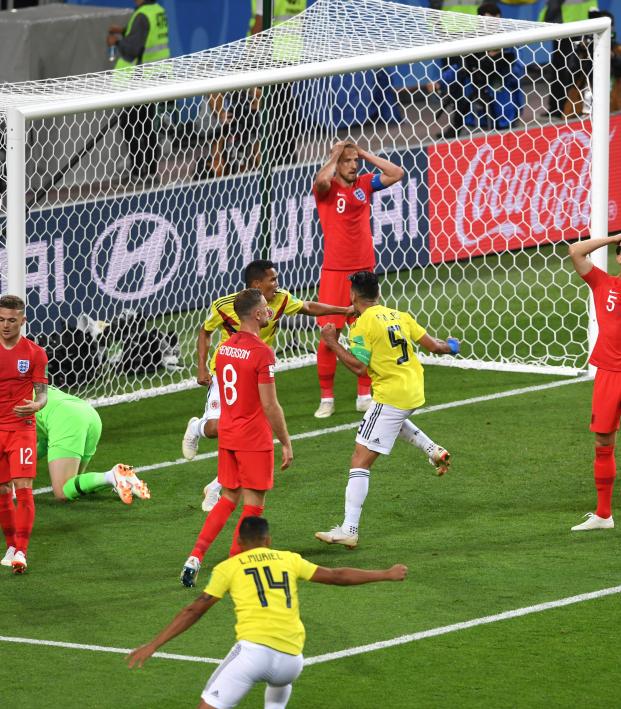 Colombia’s Equalizer Was Crazy, But The Strike That Led To The Corner Was Insanity

Colombia looked absolutely buried in the 92nd minute of Tuesday's Round of 16 match against England. The Three Lions were only up one, but Colombia looked unable to do anything apart from bitch at American referee Mark Geiger. I had already written a nice little introduction about the blossoming of the Special Relationship on the biggest stage, but then Mateus Uribe forced a corner.

Saying “Mateus Uribe forced a corner” is an understatement of the highest order. Uribe absolutely mandated a corner after walloping a half-volley at Jordan Pickford’s goal from hundreds of yards away. Pickford had to produce a sensational save to deny Uribe and suddenly Colombia had life.

This would have been the goal of the tournament.

Uribe's volley would have been one of the best goals in #worldcup history. Incredible strike.#col pic.twitter.com/zIAmtQf2pG

Here's another angle on the save from Pickford.

Straight from the set piece, Yerry Mina directed Juan Cuadrado’s corner into the ground and over Kieran Trippier at the far post to salvage Colombia’s quarterfinal hopes.

What an ending to regular time, all beginning with Uribe’s bit of ultra violence.