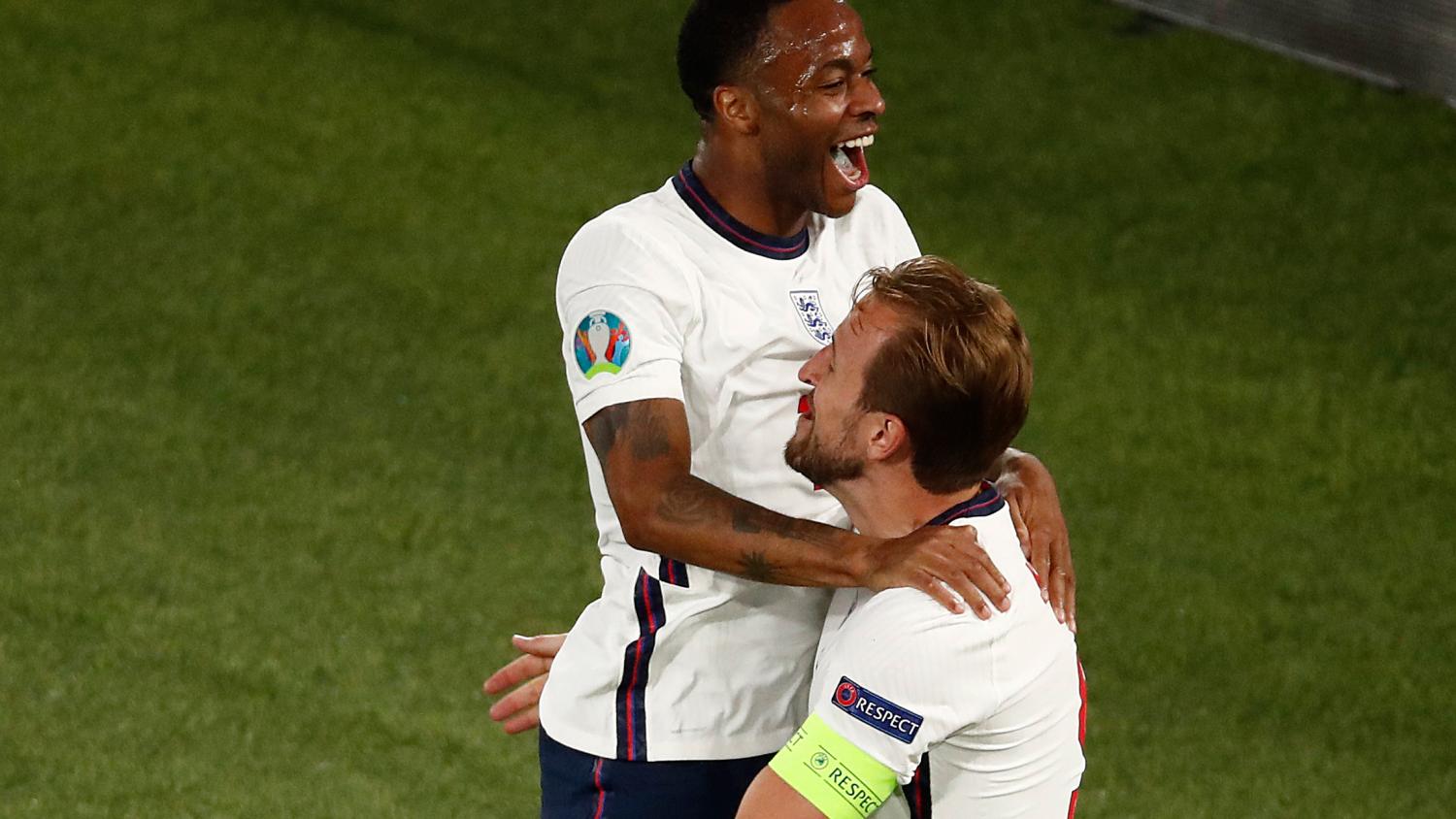 The Three Lions are lucky there is no selection committee for the final four.
Getty Images

England is lucky there’s no selection committee for the Euro 2020 knockout rounds. If there were, the Three Lions would never make the final four based on strength of schedule. But England won’t mind after crushing Ukraine 4-0 to advance to the semifinals on Saturday in Rome.

This summer for England has been the equivalent of an SEC football team scheduling a bunch of home games against SWAC teams, going unbeaten and demanding a spot in the College Football Playoff. Sure, there was a win or two over a once-great team, but a current RPI would not be kind to the Three Lions come selection time.*

You can only beat who is put in front of you, and England has done that with aplomb.

On Saturday, the Harry Kane scored four minutes in and a second in the 50th minute put his team up 3-0, essentially clinching a spot in the last four. Ukraine never really looked like it could hang with England, itself a bit fortunate to have drawn Sweden in the Round of 16 after squeaking into the knockout rounds as the fourth-best third-place team.

For the second straight major international tournament, England has reached the semifinals with a remarkably easy path. In 2018, England finished second in its group, edging the titans that are Tunisia and Panama to reach the knockout rounds. There, the Three Lions beat Colombia on penalties and Sweden 2-0 to reach the semifinals, where they were beaten 2-1 by Croatia.

At Euro 2020, England was able to avenge that loss to Croatia in the group stage, though winning a group that also included Scotland and the Czech Republic with just two goals scored wasn’t exactly impressive, especially playing all three matches at home. I would argue beating Germany at a major international tournament is always impressive, as England did 2-0 in the Round of 16 in London, even if this Germany team is nowhere near the level it was seven years ago when it won the World Cup.

Against Ukraine, ranked No. 24 in the world, England took full advantage of its fortunate draw. In the only match they’ll play away from Wembley Stadium in London, the Three Lions scored early and then ran away in the second half to ensure the team will come home for at least one more match.

England Goals vs Ukraine At Euro 2020

The rout started with Raheem Sterling, who before the tournament many thought shouldn’t be a starter, playing a superb pass to Kane to slot home.

The second goal came moments into the second half after Kane channeled his inner Italian, embellishing a small amount of contact to win a free kick in a dangerous area. Luke Shaw’s cross found the head of Harry Maguire and the rout was on.

Kane made it 3-0 with a simple header in the 50th minute before Jordan Henderson scored his first England goal coming off the bench to score in the 63rd minute.

While the offense finally got going for England, this squad has succeeded because of its defense, which has yet to concede a goal — no small feat when the team is required to have an English goalkeeper.

England will now return to Wembley to face tournament sweetheart Denmark on Wednesday. Though the Three Lions will have homefield advantage, many neutrals will hope Denmark can continue its feel-good run after the harrowing cardiac arrest suffered by star player Christian Eriksen in the group stage.

England will again be favored to win against Denmark, but let’s not forget in 2018 fans thought it was coming home when they faced little Croatia in the semifinal, only for Luka Modrić to mastermind a place in the final instead.

Italy and Spain face off Tuesday in a semifinal between two of the teams playing the best football in Europe right now. The winner of that match will be the favorite to win it all regardless of who wins between England and Denmark.

Not that England fans will mind. Their team is in the semifinals for a second straight major tournament.

* — We joke about the CFP, but if we’re being honest, England would probably be like Notre Dame and always get the benefit of the doubt from any of the old folks picking who gets invited to the College Football Playoff at the expense of Texas A&M.