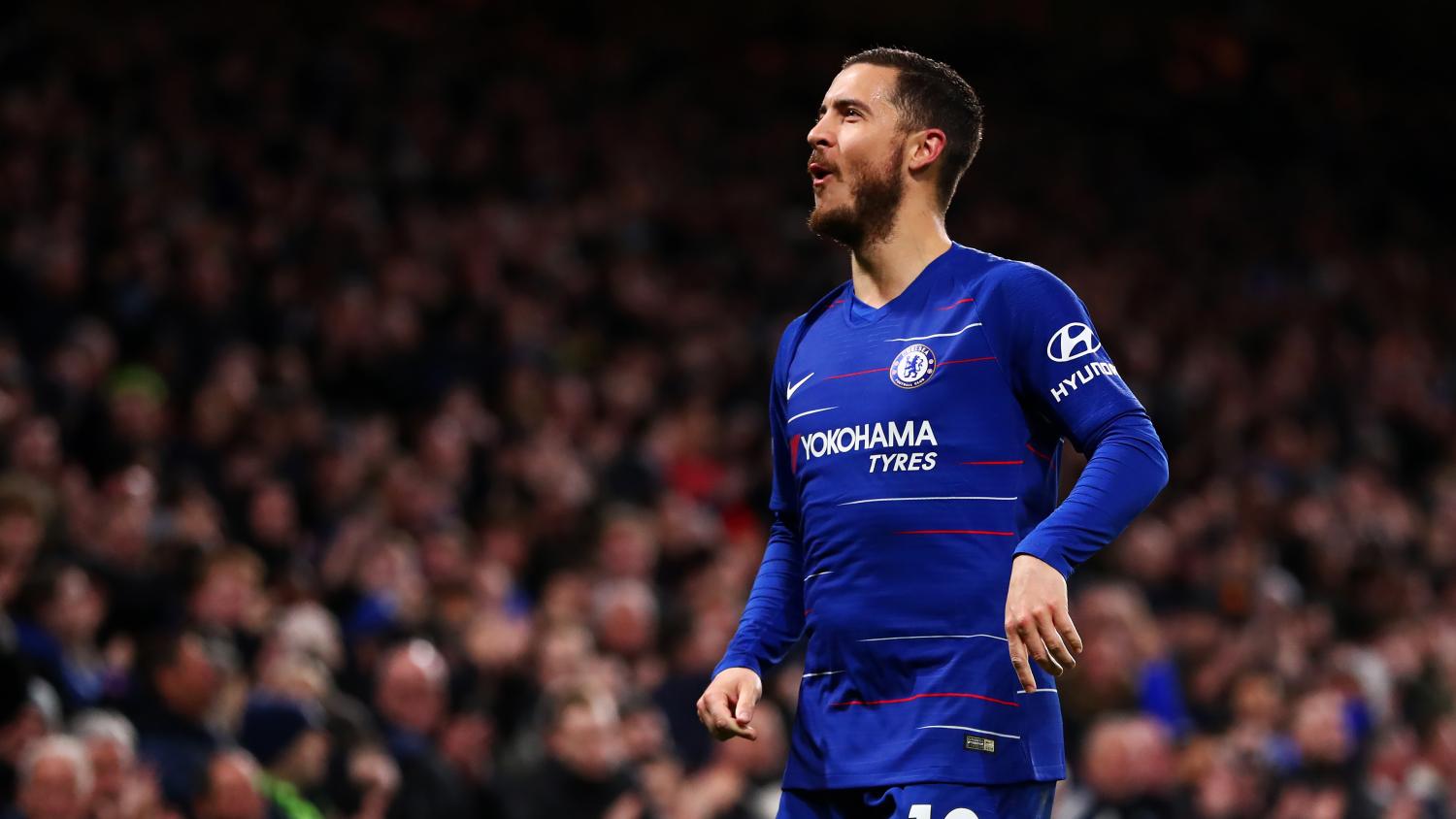 Hazard is something of a magician and never shies away from pulling off the spectacular.
Getty Images

Eden Hazard is Chelsea’s magician. The Belgian is rumored to be looking for a move away from Stamford Bridge this summer, and his performance against West Ham today might have made it more difficult for Chelsea to keep ahold of its star.

Chelsea needed three points to go third in the Premier League, above both Arsenal and Tottenham. Callum Hudson-Odoi and Gonzalo Higuain got their starts in a front three alongside Hazard, but it was the Belgian who stole the show. In the 24th minute, Hazard produced a goal of the season candidate.

Picking up the ball in the middle third, Hazard weaved his way through four defenders and finished low to Lukasz Fabianski’s left. It was a magical moment for the Belgian and Chelsea in an otherwise quiet half.

Some @hazardeden10 wizardry at Stamford Bridge!

Eden Hazard’s best goal-scoring seasons for Chelsea across all competitions:

So close to that first 20… https://t.co/cv3FgKyrdE

Hazard wasn’t finished though, and he frequently caused problems for Ryan Fredericks and West Ham’s backline all evening. In the final minute of the match, Hazard moved wide into the right-hand side of the West Ham box and was picked out by a Ross Barkely switch. Hazard promptly sent the ball back into the far corner of the net.

Hazard’s two goals today takes him to 16 goals in the PL, and he now has more Premier League goals than Cristiano Ronaldo, with 85 total. When he’s in the mood, he’s simply unplayable.

Real Madrid’s mouth must be watering. Chelsea, keep him if you can!