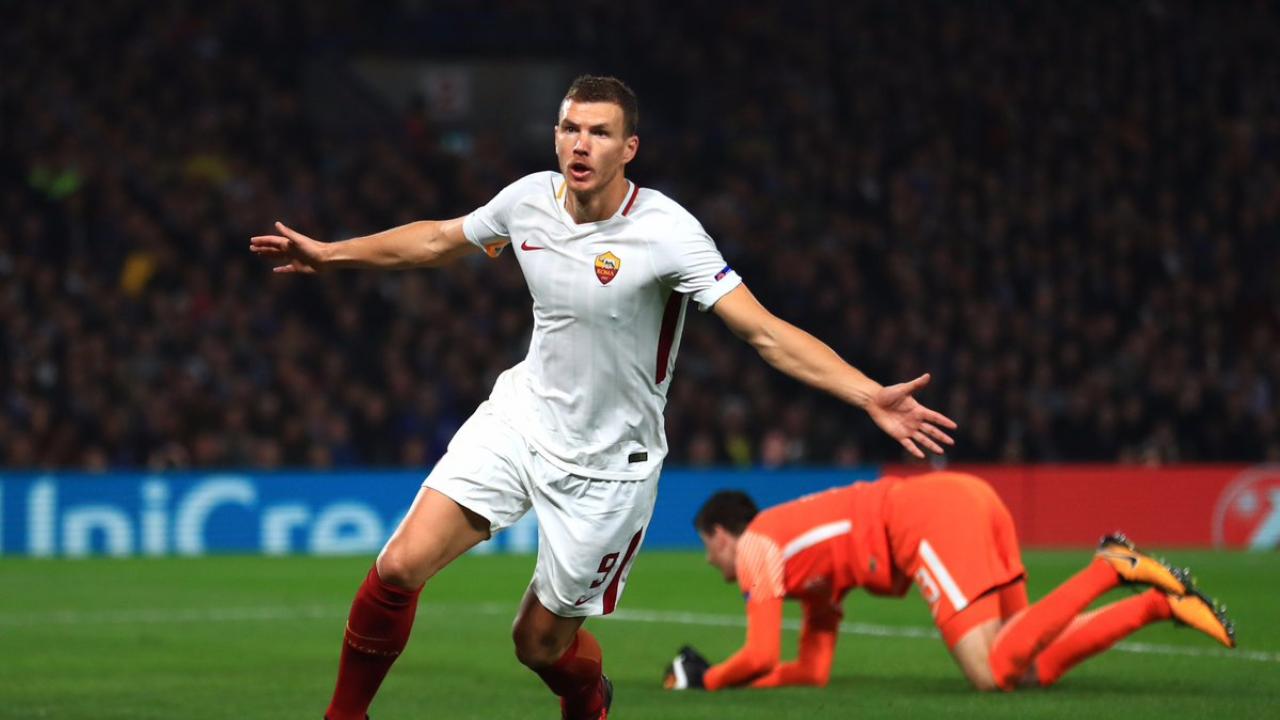 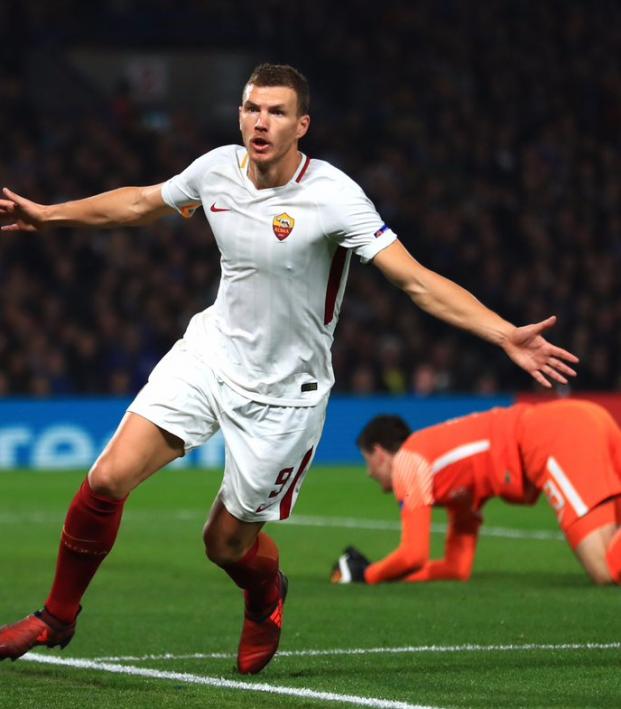 Holy Smokes Did You See That Dzeko Goal?

Wednesday’s Chelsea-AS Roma game had everything. It had six goals in total, Antonio Rudiger playing against his former team, Gary Cahill wearing a bandage around his head like he just went to the dentist in 1876, Frederico Fazio getting magic spray on his junk because Pedro’s head smashed into his nether regions and an Edin Dzeko goal that might be one of the best you’ll see all year. In the end, Chelsea and AS Roma played to a wildly entertaining 3-3 draw in Champions League group play at Stamford Bridge on Wednesday.

All three of Roma’s goals came courtesy of former Manchester City players: two from Dzeko and one from Aleksandar Kolarov. But there’s really only one goal that needs to be mentioned from this match and that was Dzeko’s first.

The Bosnian scored the goal of the day (week? month? year?) in the 64th minute when Frederico Fazio lofted a ball into the box. Dzeko let the ball fall over his shoulder and lashed his left foot at the dropping ball for an absolutely stunning volley reminiscent of Robin van Persie or Tim Cahill.

Such an unreal goal! #Dzeko pic.twitter.com/fBpvXcCFUE

That goal pulled Roma level after having gone down 2-0. Dzeko then gave the Italian side a lead six minutes later on a header off a free kick from the left wing.

But the advantage only lasted five minutes as Eden Hazard scored his second goal with a header of his own to tie the game at 3-3.

If you are not watching #ChelseaRoma switch over NOW. What a game  #UCL pic.twitter.com/onrOtWLr4v

Both teams came close to winners but in the end the points were shared. Chelsea remained on top of the group with seven points followed by Roma at five and Atletico Madrid at two after its stunning 0-0 draw with Qarabag.

The game started strong when, in the 11th minute, David Luiz was urged to shoot by the crowd when he stole the ball about 35 yards from goal but instead hit a pass toward Alvaro Morata. The pass was deflected back to Luiz and the Brazilian then curled a shot from 25 yards into the corner of the net for the game’s first goal.

My goodness David Luiz, what a curler!  https://t.co/xbAMB5zA8v

Hazard made it 2-0 in the 37th minute when he finished a two-on-two breakaway. Hazard stole the ball six yards inside his own half and passed to Morata, who dribbled to the top of the box and fired a shot that was blocked but looped right into the path of Hazard.

But three minutes later Aleksandar Kolarov blasted one of his left-footed fireballs past Thibaut Courtois to pull Roma back within 2-1. The goal, while deflected, was deserved as Roma created more chances than Chelsea in the first half.

These two teams meet again on Halloween in Italy. You’ll want to tune in or I’ll make some horrible Halloween puns.