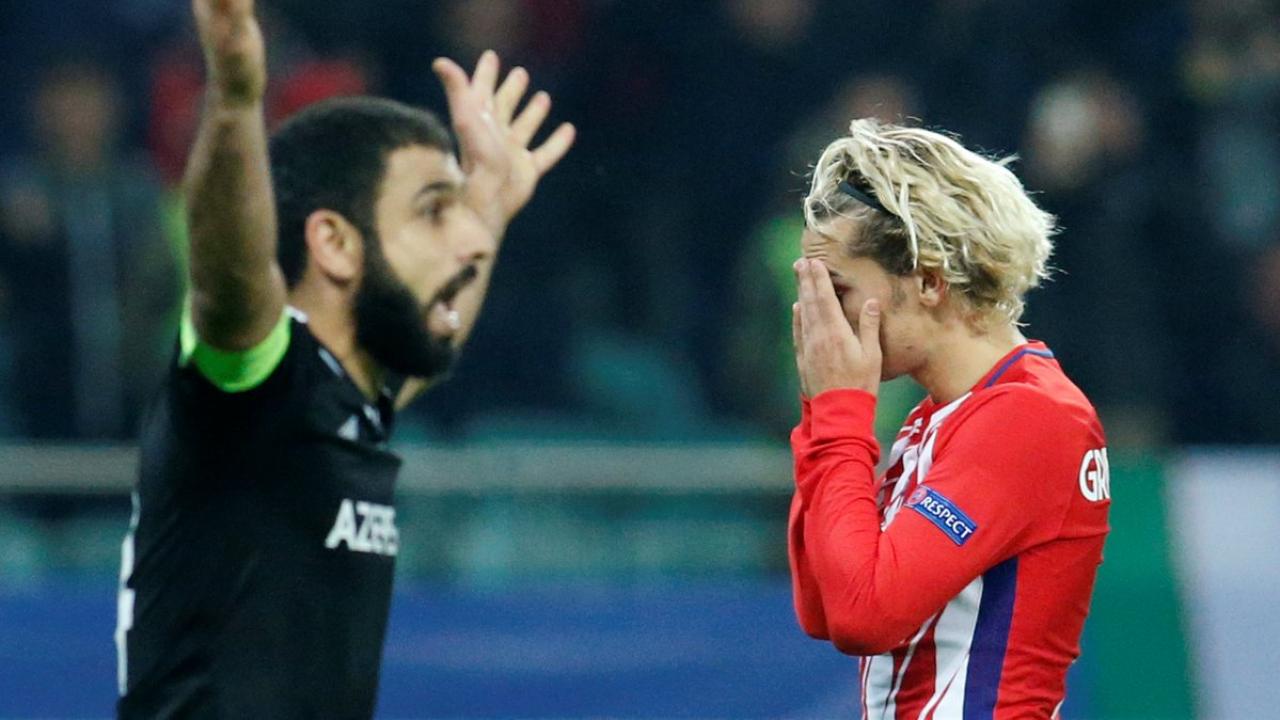 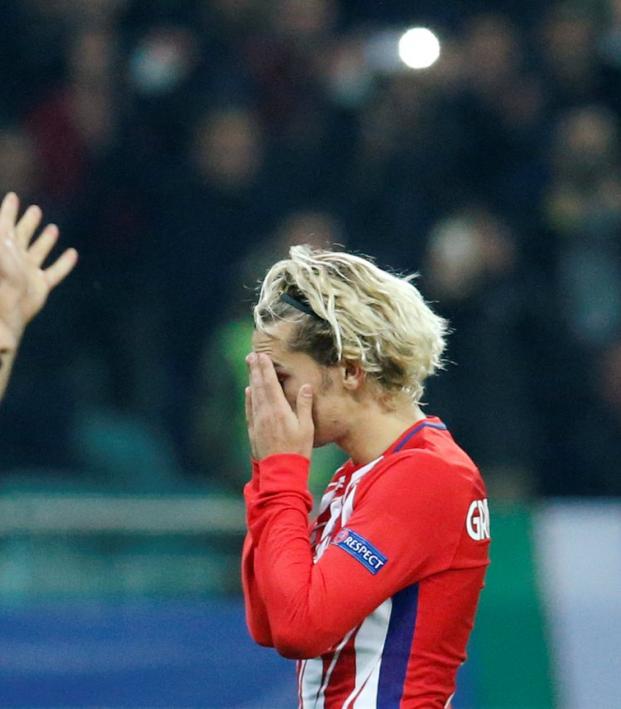 Atletico Madrid were held to a 0-0 draw with FK Qarabag in Azerbaijan in Champions League group play on Wednesday despite playing with a man advantage for over 15 minutes. Atletico landed only three shots on target in another tepid display that makes Diego Costa’s January arrival all the more pressing.

However, Diego Simeone’s side might not be in the Champions League when that time arrives. Atletico are sitting on two points after three matches following today’s draw, a home defeat to Chelsea and an opening draw with Roma. Today’s result sees them firmly planted in third behind both Chelsea and Roma with those two sides meeting later today at Stamford Bridge.

Qarabağ players applaud the home fans after earning the first ever Champions League point in the club's history.

A Chelsea victory would almost certainly see Atletico consigned to fighting Roma for the runners-up position while a draw or Roma victory would leave zero room for error in Atletico’s final three group stage matches.

1 - Atletico have only scored with one (from the penalty spot) of their 44 shots in the #UCL this season (17 shots on target). Drought. pic.twitter.com/ncxy4nHza3

For a side that hasn’t failed to reach at least the quarterfinal stage in each of the last four seasons (including runners-up finishes in both 2014 and 2016), this is a precariously unique position for one of the world’s finest teams.