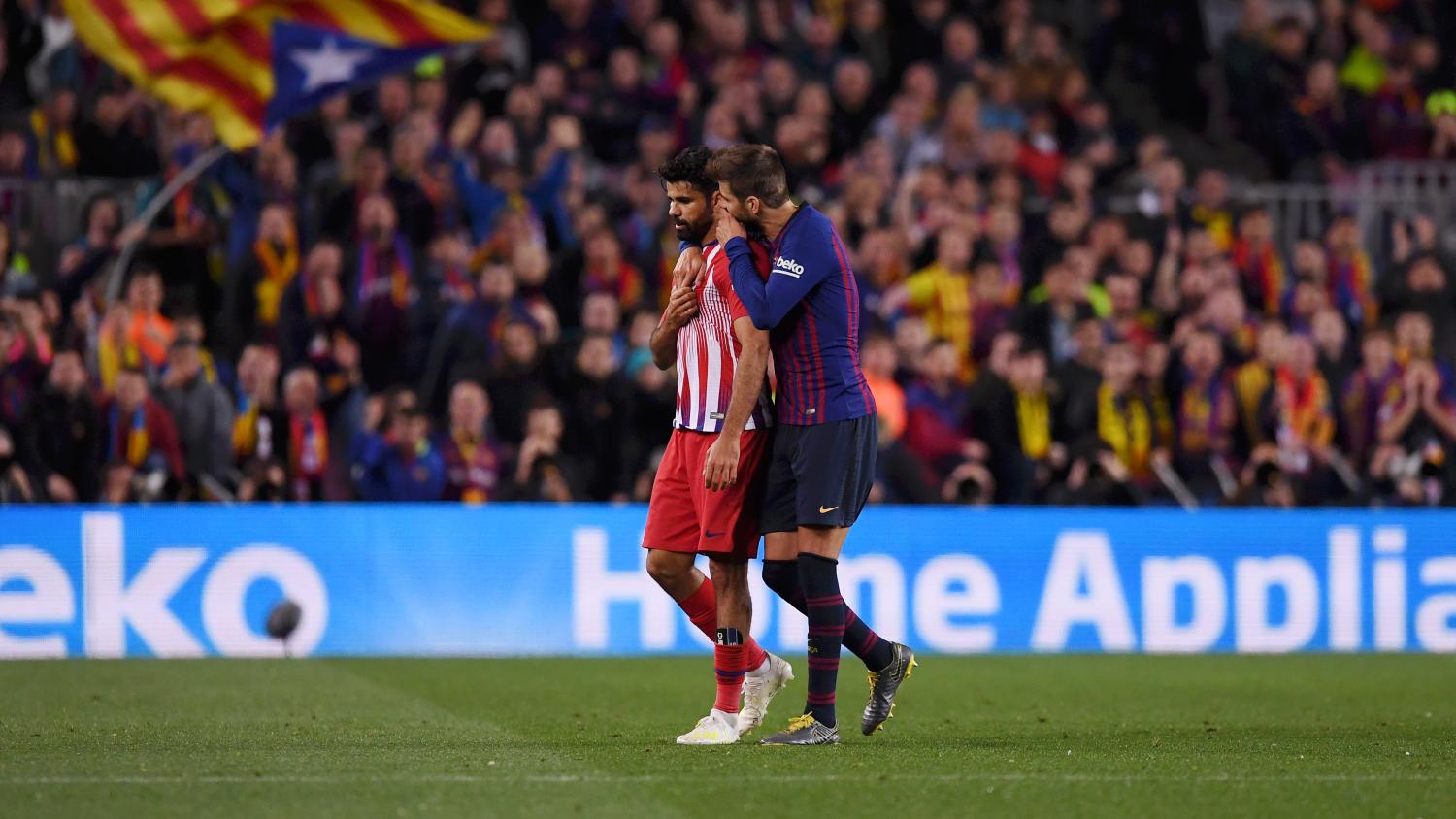 Thanks for the seasono.
Getty Images

Mentally, Diego Costa isn’t entirely there. Look at the 26 yellow cards he received over his three-year Premier League stay for ample evidence of the striker’s propensity to be a mad lad.

Yesterday, Costa was given a straight red in the 28th minute of a top of the table clash between Barcelona and Atlético, and although Atlético would battle valiantly with 10-men over the next hour, late goals from Luis Suarez and Lionel Messi essentially confirmed Barça’s successful title defense.

But Costa’s sending off was a strange one, especially so for the viewer at home. Rather than a terrible challenge or a clash with a Barcelona player, the Spanish international was given his marching orders for going after referee Jesus Gil Manzano.

After the match, Manzano’s official match report confirmed that the striker had been sent off for verbally abusing him — the Atlético man is said to have made derogatory remarks about the referee’s mother.

Here’s what Richard Martin, a journalist for Reuters, the Telegraph and ESPN, said was within the report:

The red card was a killer, leaving Atlético manager Diego Simeone to curse his luck at the Camp Nou.

“I asked the referee if what he said was so bad because we have seen Barca players do the same thing, saying things right in the referee’s face and they did not get sent off, they got away with it,” Simeone said. “If Costa really said what the referee claims he did, then he was correctly sent off, but we must be doing something wrong as we have had seven players sent off in 11 games. I remember we had Fernando Torres, a global icon, sent off here for making two fouls.”

According to SPORT, Costa will likely receive a ban for between four and eight matches. Atlético has seven largely meaningless matches remaining, although the club would surely like to maintain its two-point advantage over third place Real Madrid.