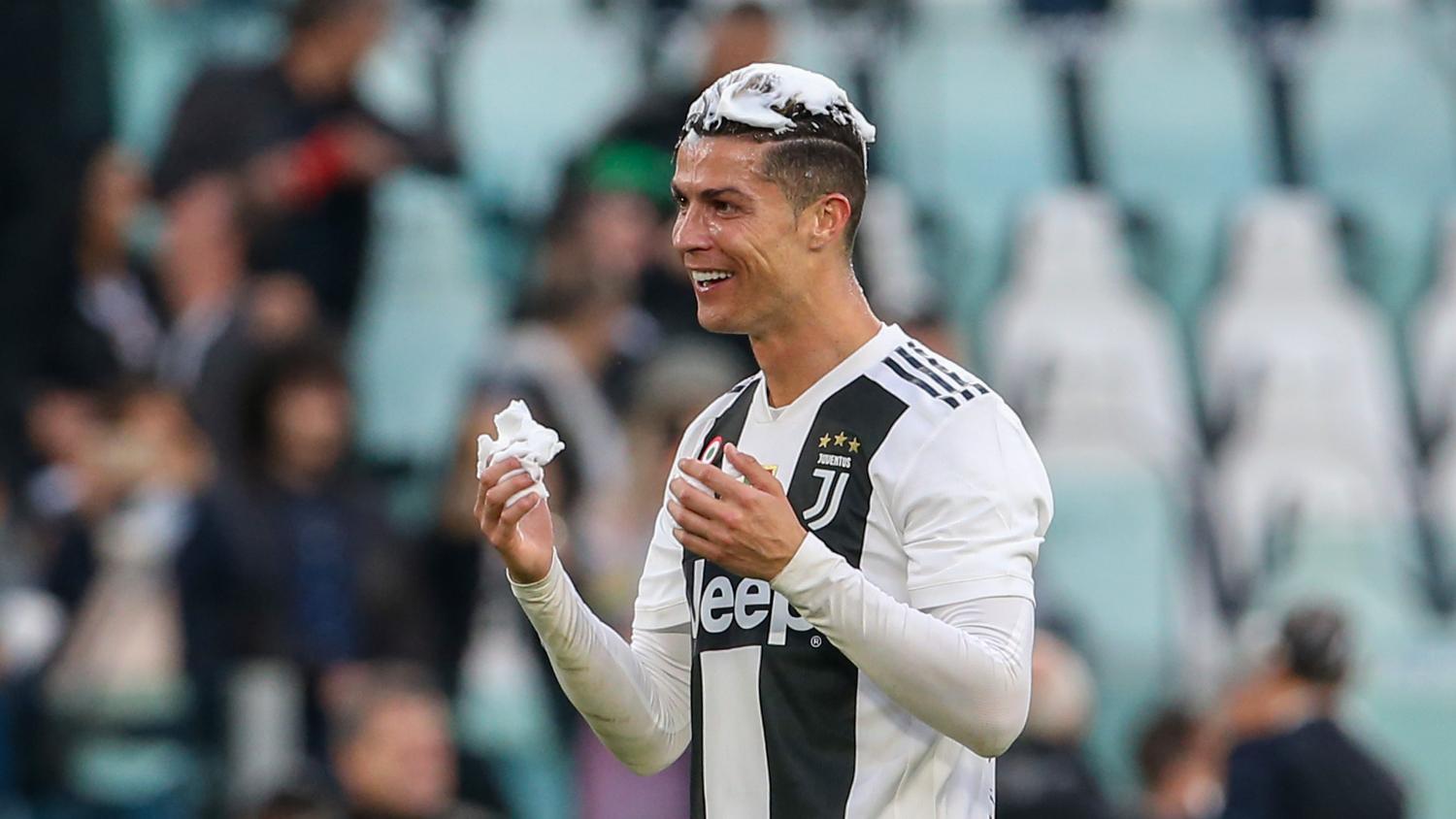 Wherever he goes, hardware follows. Now you can add scudetto to the list of Cristiano Ronaldo trophies.

A rampaging run from Ronaldo forced an own goal by Fiorentina’s Germán Pezzella to lift Juventus to a 2-1 victory at Allianz Stadium on Saturday. The three points put the Old Lady 20 points ahead of second-place Napoli. With five matches left (six for Napoli), Juventus cannot be caught and thus claimed its remarkable eighth straight Serie A title.

Ronaldo captured Serie A glory in his first year in Italy after moving to Turin from Real Madrid. He did so in fine form, scoring 19 goals and adding eight assists.

Ronaldo became the first player to win league titles in the English Premier League, Spanish LaLiga and Italian Serie A.

He is the first player to win the Premier League, La Liga and Serie A  pic.twitter.com/4o1qA3JmhB

Ronaldo wasn’t on the score sheet on Saturday, but he created the vital go-ahead goal early in the second half.

Fiorentina took the lead in the sixth minute when Nikola Milenkovic pounced on a loose ball in the box. Alex Sandro equalized for the home side in the 37th minute with a low, diving head on a corner kick.

With the match still even, Ronaldo burst down the right wing past useless left back David Hancko and sent a low cross into the six-yard box.

With Federico Bernardeschi charging in, Pezzella had to make a play on the cross, but the center back bundled the ball into the back of his own net.

The goal proved to be the difference, though admittedly Juventus could have afforded a few slip-ups on the way to the title (like PSG, which is taking its sweet time to wrap up the Ligue 1 title).

It was a great day in Turin as the Juventus women also wrapped up their own scudetto on Saturday, their second straight league title.

Of course, the scudetto was never really in doubt for Juventus, especially with the addition of Cristiano Ronaldo. The question was always going to be whether the Bianconeri could win the Champions League. Ajax answered that question in the negative on Tuesday.