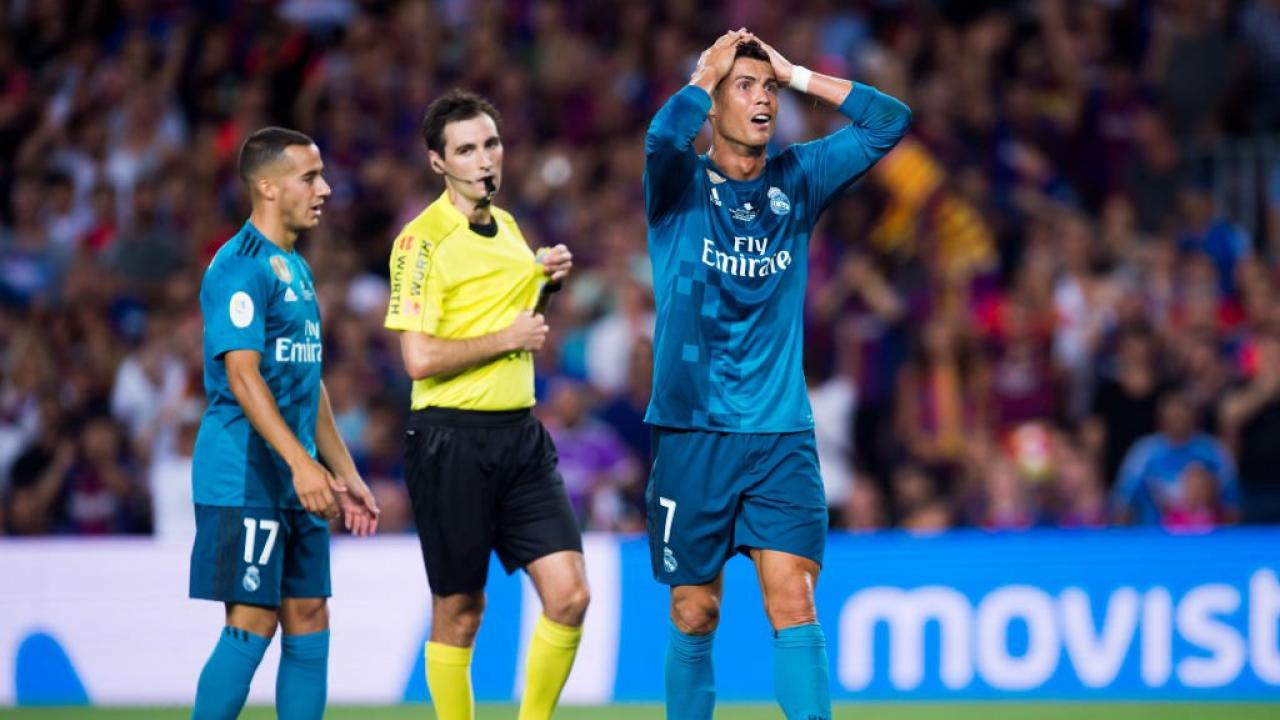 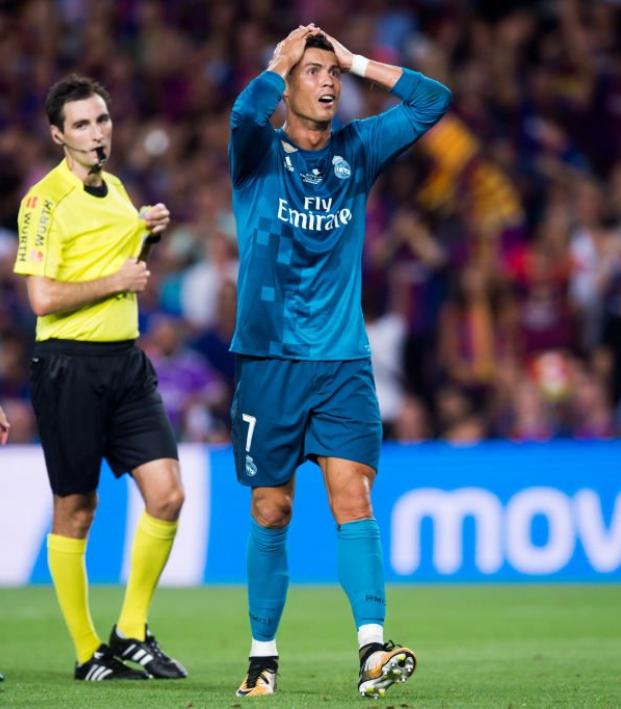 Travis Yoesting August 16, 2017
Cristiano Ronaldo and Real Madrid were unsuccessful in their appeal of the ban.

Ronaldo received two yellow cards in Sunday’s first Super Cup leg in Barcelona to be sent off early. His first came for taking his shirt off after scoring a brilliant goal. The second was when the referee deemed he took a dive in the box.

The lengthy ban was not for either incident, but for Ronaldo’s slight push of the referee after he was shown red. It was always unlikely Ronaldo’s ban would be overturned after he put his hands on the ref. Say what you will about the two yellow cards, shoving an official is sure to get you banned.

Cristiano Ronaldo has been banned for 5 matches for this push of the ref during yesterday's win over Barcelona.

Ronaldo wasn’t too keen on his ban being upheld, posting on Instagram his thoughts, roughly translated as: “Impossible to be immune to this situation, 5 games!! It seems to me exaggerated and ridiculous, this is called persecution! Thanks to my teammates for the support and the fans!!!”

It’s a bit worrisome if Ronaldo actually believes it’s impossible to react to a red card by shoving the referee. Real Madrid tried its best to get its star man off the hook, echoing the theory that Ronaldo’s actions were uncontrollable.

In addition to the suspension, Ronaldo’s wallet will take a tiny hit in the form of a $4,453 fine.

Ronaldo had been resting for most of the preseason after playing in the Confederations Cup with Portugal over the summer. He came on as a substitute in Sunday’s first leg and lasted less than half an hour.

Now Ronaldo will have a few more weeks to prepare for the season. His La Liga debut will be September 20 at Real Betis.