Travis Yoesting May 8, 2018
PSG won the Coupe de France over third-division Les Herbiers, whose captain was forced to endure what was meant as an act of kindness but came off as a little insulting.

In the end, of course, there was no major upset. Paris Saint-Germain defeated third-division club Les Herbiers 2-0 in the 2018 Coupe de France Final. But the lasting image of Tuesday’s match between giants and minnows was the awkward moment of PSG captain Thiago Silva lifting the Coupe de France trophy alongside Les Herbiers captain Sébastien Flochon.

Les Herbiers was a massive underdog heading into the Coupe de France final at the Stade de France in Paris. The club is 13th in the French third division, the highest division the club has ever reached in its 99-year history. Somehow, Les Herbiers didn’t have to play a single first-division side on its way to the final.

As was expected, that magical run came to an end against PSG, the European (or at least French) giants with a seemingly unlimited bank account. Giovani Lo Celso scored in the 26th minute and Edinson Cavani finished it off with a penalty kick in the 74th minute as PSG took home the Coupe de France trophy. But not until after Thiago Silva and Flochon shared a bizarre moment.

Thiago Silva took the Coupe de France trophy from French president Emmanuel Macron and put an arm around Flochon, guiding him to the winner’s podium so the two could make a display of solidarity, or something. 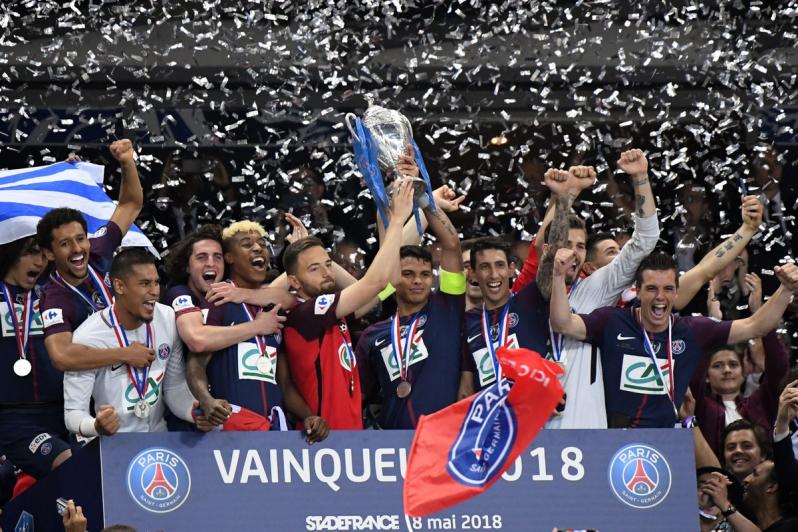 While Thiago Silva (or whoever forced him to do it) was clearly trying to make a nice gesture to the captain of a club that could barely have dreamed about reaching a cup final, it’s quite clear Flochon was not happy to be involved. The look on his face is completely understandable — he and his teammates had just lost what was probably their only real chance at ever winning major hardware.

Perhaps we shouldn’t have been surprised there would be some unease with Macron involved. The French president is no stranger to awkward moments, whether it’s kissing Donald Trump or marrying his former high school teacher who’s 25 years his senior. I just love Macron’s goofy face while clapping at the start of the above video.

Whether or not the gesture was a genuine show of sportsmanship or insulting, Flochon and his teammates deserve credit for not being blown off the pitch for the 90 minutes prior. Los Celso didn’t open the scoring until the 26th minute with this well-placed effort.

Kylian Mbappé had a goal disallowed by VAR for a handball in the build up early in the second half to keep Les Herbiers in the match.

Ultimately, Cavani put the match away in the 74th minute when he rounded the keeper, who took him down in the box, and converted the ensuing penalty.

Of course, PSG was always expected to win. So perhaps the best piece of news for fans of the Parisian club was that a certain Brazilian star was back in the stands, locking eyes romantically with Marco Verratti. 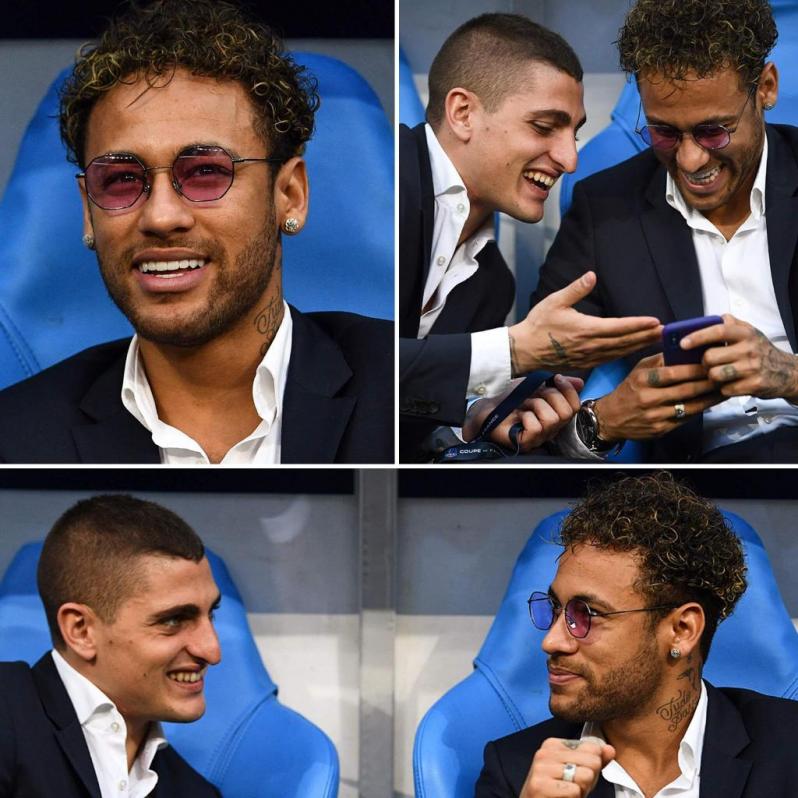