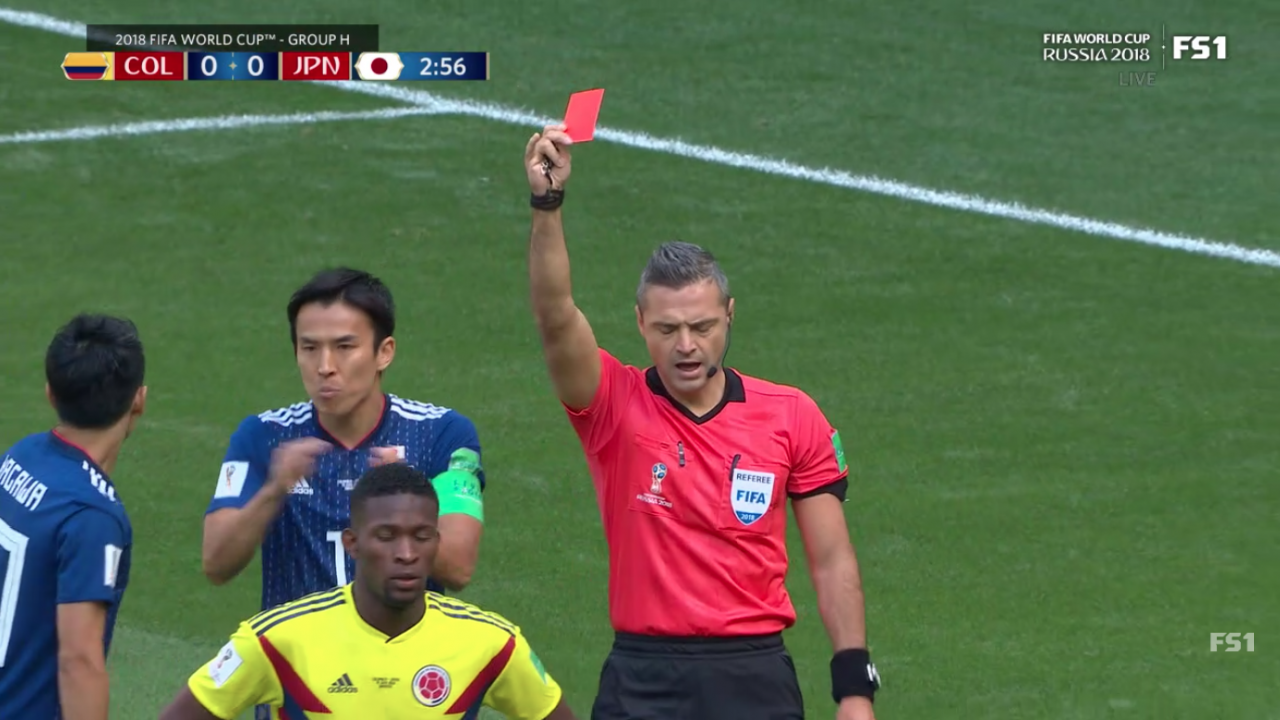 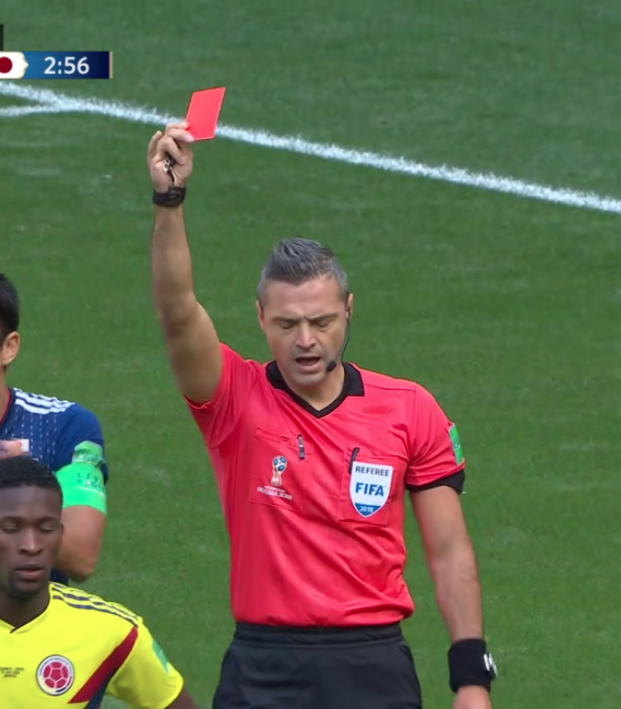 Travis Yoesting June 19, 2018
Colombian went down a man and a goal within the opening five minutes.

Colombia’s World Cup got off to just about the worst possible start on Tuesday. Carlos Sánchez was shown a straight red card for a hand ball in the box in the third minute and Japan took the lead on a penalty kick moments later. The Carlos Sánchez red card was the second fastest sending off in World Cup history.

Los Cafeteros already started the day with some bad news when James Rodriguez was not deemed fit to start the match. The Bayern Munich star and the 2014 Golden Boot winner is still recovering from a left calf injury.

Things got worse when the Colombian defense had 15 seconds of madness, starting with some real shit defending on a breakaway and then the Carlos Sánchez red card for using his hand to block a shot from Shinji Kagawa with the goalkeeper out of position.

There can be no complaints about the decision itself. The hand ball denied an obvious goal-scoring opportunity with the goalkeeper out of position. Colombian players barely complained, knowing it was the right call.

Kagawa then hit his penalty kick low and down the middle, but keeper David Ospina dove to his right and Japan led 1-0.

It doesn’t get much worse for Colombia, playing nearly 90 minutes with 10 men thanks to the Carlos Sánchez red card.