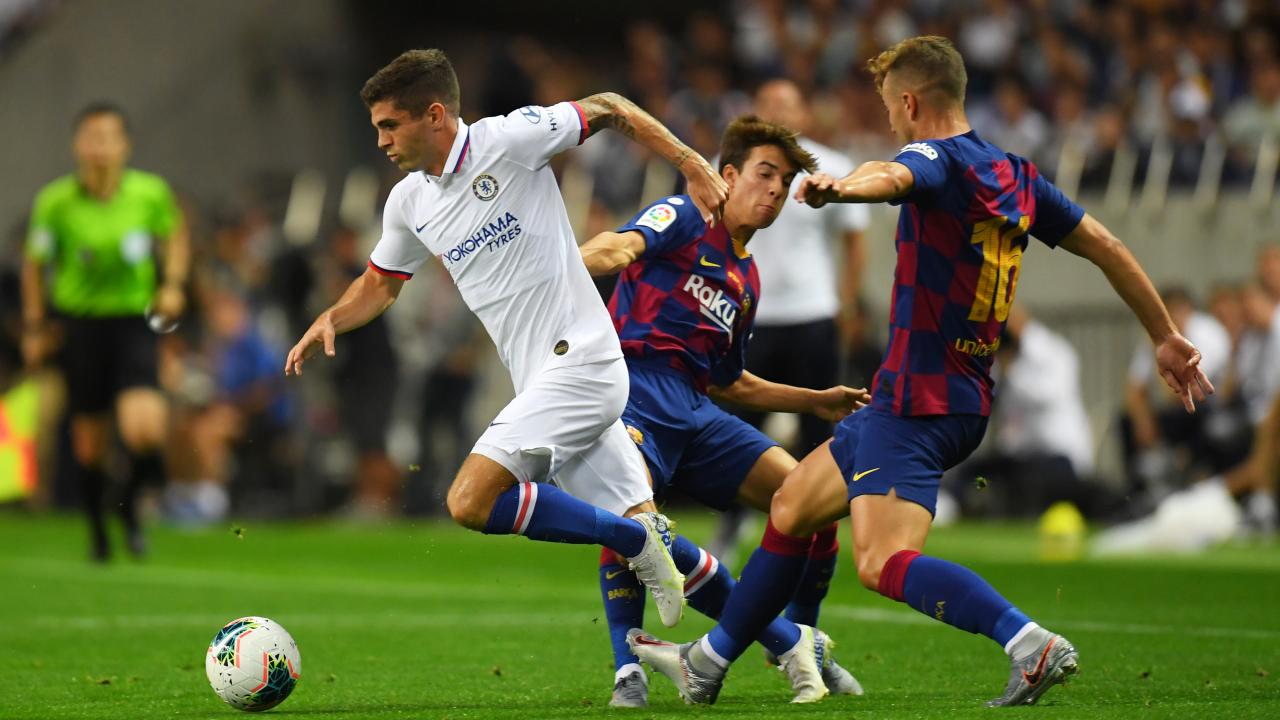 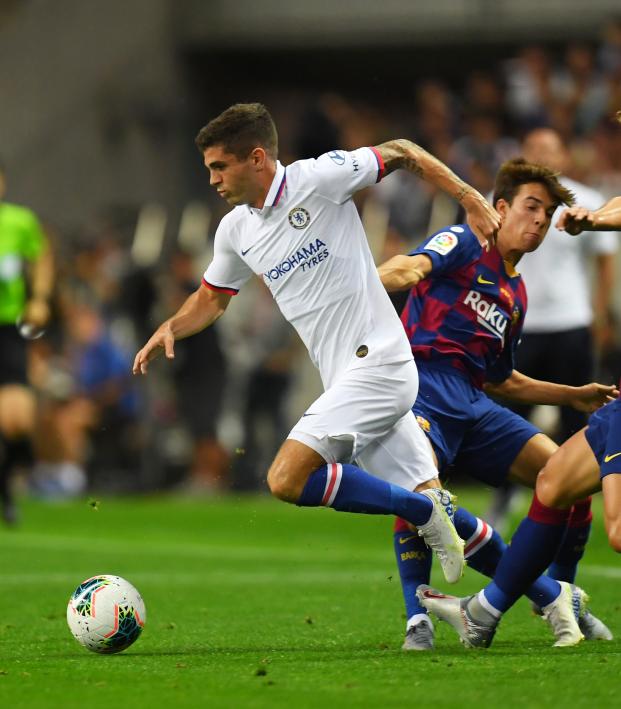 After making his Chelsea debut as a 65th-minute substitute against Kawasaki Frontale on Friday, Christian Pulisic was handed his first-ever Chelsea start Tuesday as the Blues defeated Barcelona 2-1 in Saitama, Japan.

Wearing the No. 24 jersey on the left-hand side of Chelsea’s attack, the 20-year-old American played for 60 minutes before being withdrawn by Frank Lampard for Olivier Giroud. Pulisic played with positivity and continuously dribbled at Sergi Roberto, Oriol Busquets and Gerard Piqué.

His biggest contribution of note was cutting inside Piqué before unleashing a stinging drive that Marc-André ter Stegen could only parry straight into the path of Tammy Abraham, but the 21-year-old England striker sent the rebound wildly over from only six yards out.

Here’s every Pulisic touch from Tuesday morning. He also put in a shift to help nullify the threat of Ousmane Dembélé — you’ll see Pulisic take the ball off him a couple times.

Chelsea’s goals were scored by Abraham in the 34th minute and Ross Barkley in the 81st. The Abraham goal came after some sloppy distribution from Sergio Busquets.

The Barkley goal followed some lovely Chelsea play and the finish was nice.

But the best goal of the day was the Barcelona consolation strike smashed by Ivan Rakitić.

The Hershey Blues return to action on Sunday, July 28, with a friendly against Reading at the Madejski.