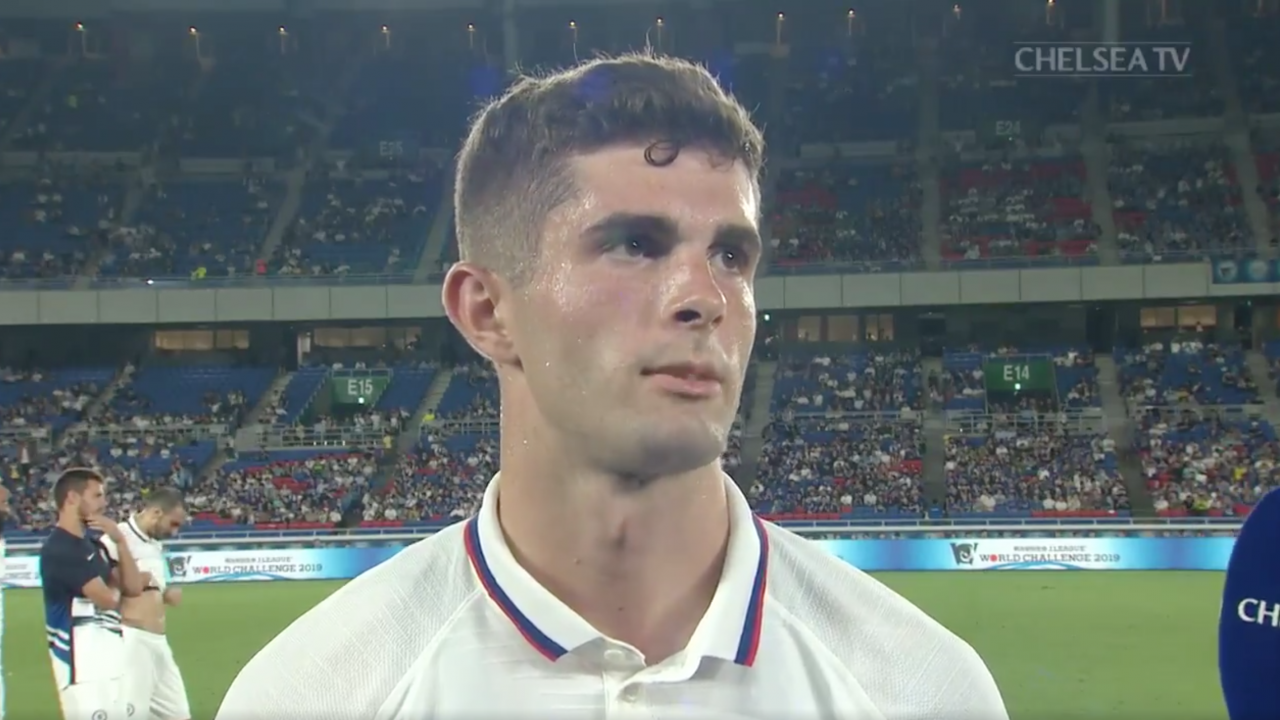 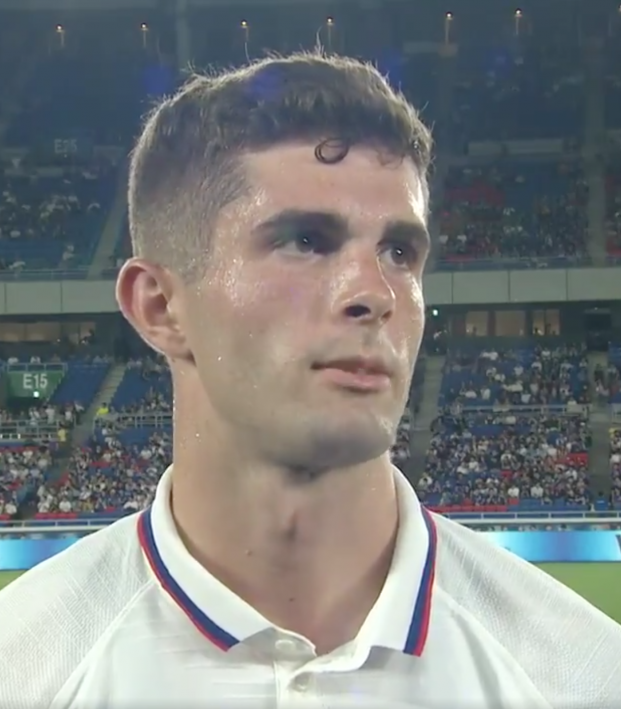 Well, that wasn’t how the Christian Pulisic Chelsea debut was supposed to go.

Pulisic made his long-awaited debut with the Blues on Friday in Yokohama, Japan, coming on in the 65th minute against Kawasaki Frontale of the J-League. He then proceeded to pick up his first loss as a member of Chelsea, as Leandro Damião scored the lone goal in a 1-0 victory for the Japanese club.

Christian Pulisic signed with Chelsea in January, becoming the most-expensive American transfer ever. He spent the spring on loan back at Borussia Dortmund, but joined up with the Blues soon after a busy summer that included a loss in the Gold Cup final.

As expected, coach Frank Lampard provided the Pulisic Chelsea debut in Friday’s friendly with Kawasaki, bringing the youngster on in the 65th minute for Mason Mount.

Christian Pulisic is on! Our new signing replaces Mason Mount.

But Pulisic wasn’t able to provide a game-changing impact for his new club.

Late Despite the Blues maintaining 59 percent possession and taking 22 shots to eight for Kawasaki, the Japanese club provided the game’s only goal in the 86th minute. Leandro Damião capitalized on some poor defending to give his team the win.

Truthfully, Chelsea deserved that loss for giving Pulisic the No. 24 jersey like he’s some sort of chump, instead of providing him with the No. 10 formerly worn by Eden Hazard.

Despite the defeat, Pulisic was happy with the match.

'I'm really happy to be here with the team. It feels good.'

Hear the thoughts of @cpulisic_10, following his first minutes in a Chelsea shirt! #CFCinJapan pic.twitter.com/BQAB1hv5ll

Next up for Pulisic and Chelsea: Barcelona on Tuesday in Saitama, Japan.

Hopefully Lampard learns from this defeat, gives Pulisic the No. 10 jersey and starts the American against Barça.