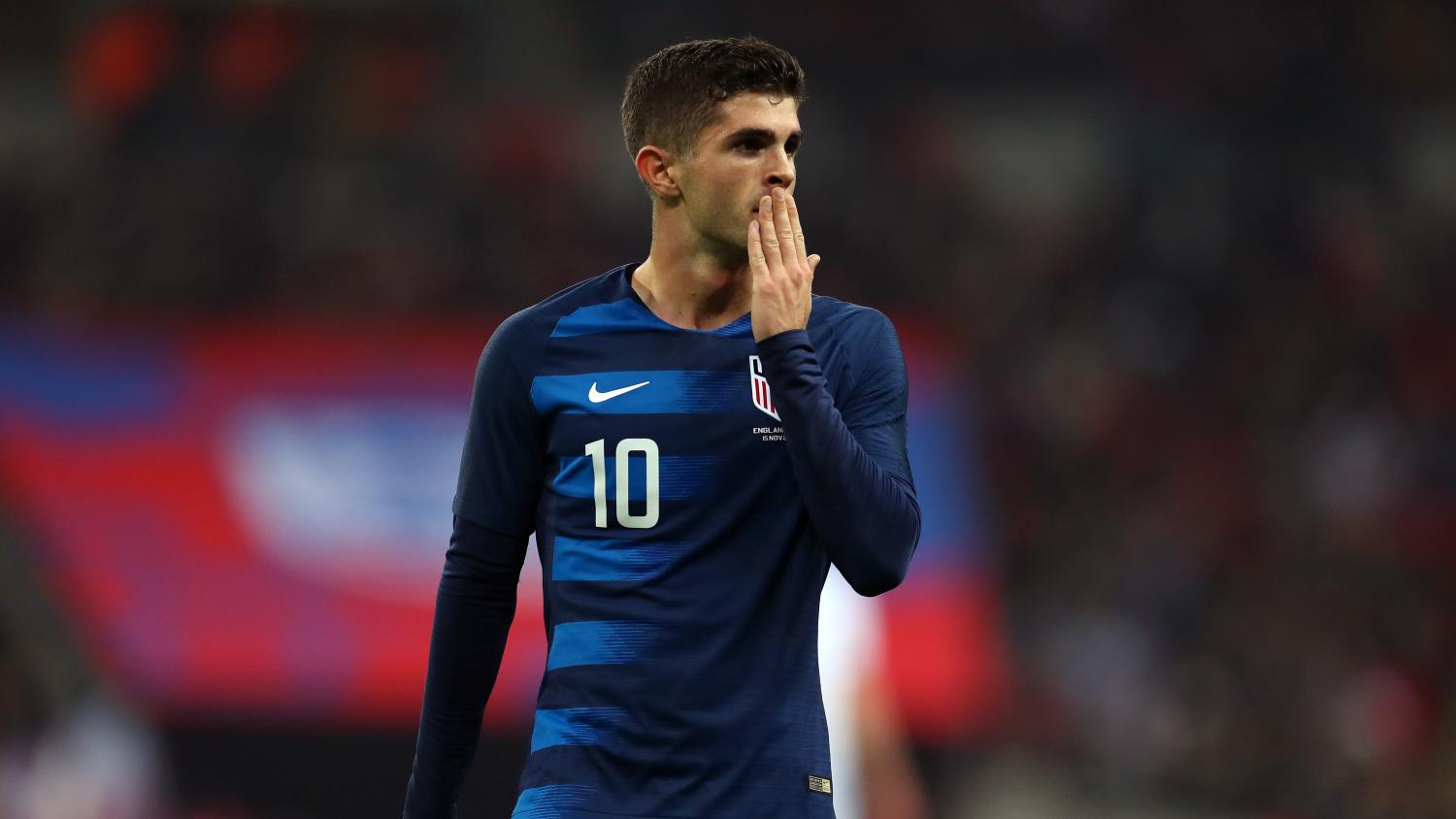 The USMNT star shattered the transfer fee record for an American.
Getty Images

Chelsea made its first big splash in the transfer window, adding USMNT star forward Christian Pulisic to the roster. The forward was purchased from Borussia Dortmund for a jaw-dropping $73.1 million, the largest fee for an American player in history. The Christian Pulisic transfer fee more than tripled the previous record, which was held by fellow USMNT star John Brooks. 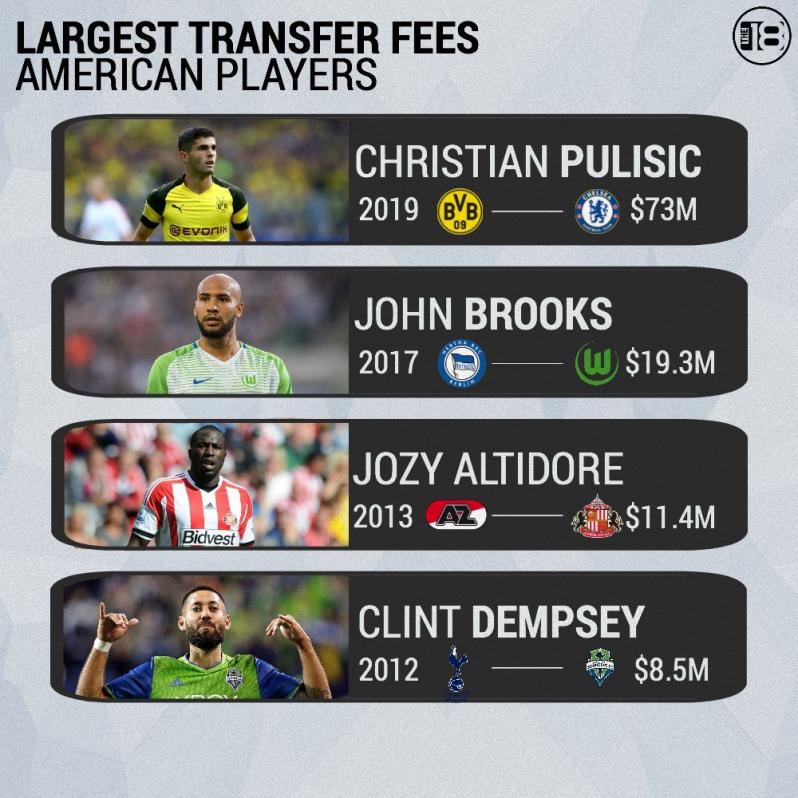 The addition will also help Chelsea rejuvenize the Blues forwards as they could start looking at options with aging players like Pedro, Olivier Giroud or Willian.

Looking forward, the Blues’ future is surely brightening adding the 20-year-old Pulisic. He will fill the club’s right winger slot, one that has been up for grabs for the last few seasons. With the club’s elite Eden Hazard on the opposite wing, the team will be dangerous from both sides of the attack. Pending he is not sold, Chelsea’s highly coveted 18-year-old Callum Hudson-Odoi could be promoted to a more recurring starting role. The three have the potential to grow into one of the most dynamic and youngest fronts in Europe.

This will all come together of course if the Hazard-to-Real-Madrid rumors ever cease. Hazard recently said he wishes to be a Chelsea legend such as the likes of Didier Drogba, Frank Lampard and John Terry, all of which Hazard learned under and played with.

Manager Maurizio Sarri and the Blues are currently in trouble looking for wings this season but Pulisic will not join the boys in London until summer for the start of the next campaign.

For now, Pulisic will remain focused on his current team’s season. Dortmund currently remains in first with a six-point lead over Bayern Munich, and the Pennsylvania native is still dedicated to a title run in Bundelsiga.

In a heartfelt departure letter to Dortmund, Pulisic talked about how grateful he was for everything the German club has given him and to not forget he is still has the heart of a champion.

“But for the next six months, It’s all BVB!” Pulisic wrote. “Please do not doubt my passion, determination and my 110 percent commitment to the team right until the last ball is kicked this season. We all feel that this is ‘our year’ and we are determined to achieve the best possible result in all competitions. Heja BVB!”

The timing of the sell comes off a little odd to fans as Pulisic is not having the best of years.

In his 2018-19 campaign, he has made 18 appearances, scoring a total of three goals while providing four assists in all competition.

However, Chelsea remained in a bid war with other Premier League rivals and with its current predicament on the attacking side the Blues had no issue handing a little extra to land the American talent.

For now, Chelsea remains in a title hunt in the Premier League with all its forward issues, but fans now have the refilled hope they needed with the signing of the young right winger.