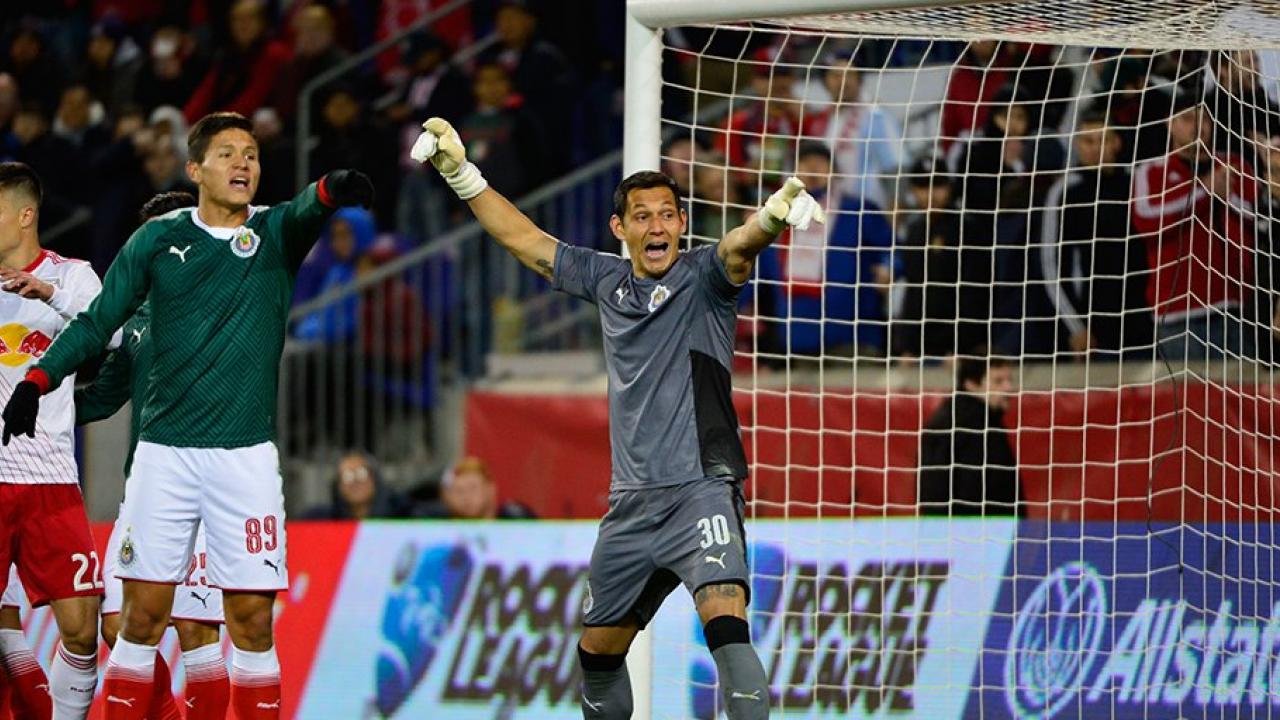 An extremely strong contingent of Guadalajara supporters inside Red Bull Arena watched their side hang on for the narrowest of victories on Tuesday night, Chivas doing just enough to retain their 1-0 first leg advantage over New York in the CONCACAF Champions League semifinals despite being outshot 20-1 in the second.

Goalkeeper Rodolfo Cota was the man of the match for Chivas, and the Liga MX side will now contest their first CCL final since 2007 — when it was known as the Champions’ Cup — and they have a shot at capturing their first continental title since 1962, the inaugural year of this competition.

In the first half, it was immediately clear that only one team had come to play. In the opening 10 minutes, NYRB forced Cota into three saves. By the 15th, they’d taken control of over 60% of possession while completing 21 passes in the final third. Chivas had managed four.

Chivas countered with their own form of exerting control in the match. As early as the 28th minute, Cota was booked for time wasting.

Chivas struggled to get any foothold in the game, as the final shot chart here shows.

NYRB had 20 shots. Chivas had one. Photo: MLSsoccer.com

To credit Chivas, it was the ultimate implementation of the “bend but don’t break” strategy. It wouldn’t have worked without Cota.

In the end, Chivas fans won’t care how it was done, just that it was accomplished. Just look at what it meant to Guadalajara supporters at the final whistle.