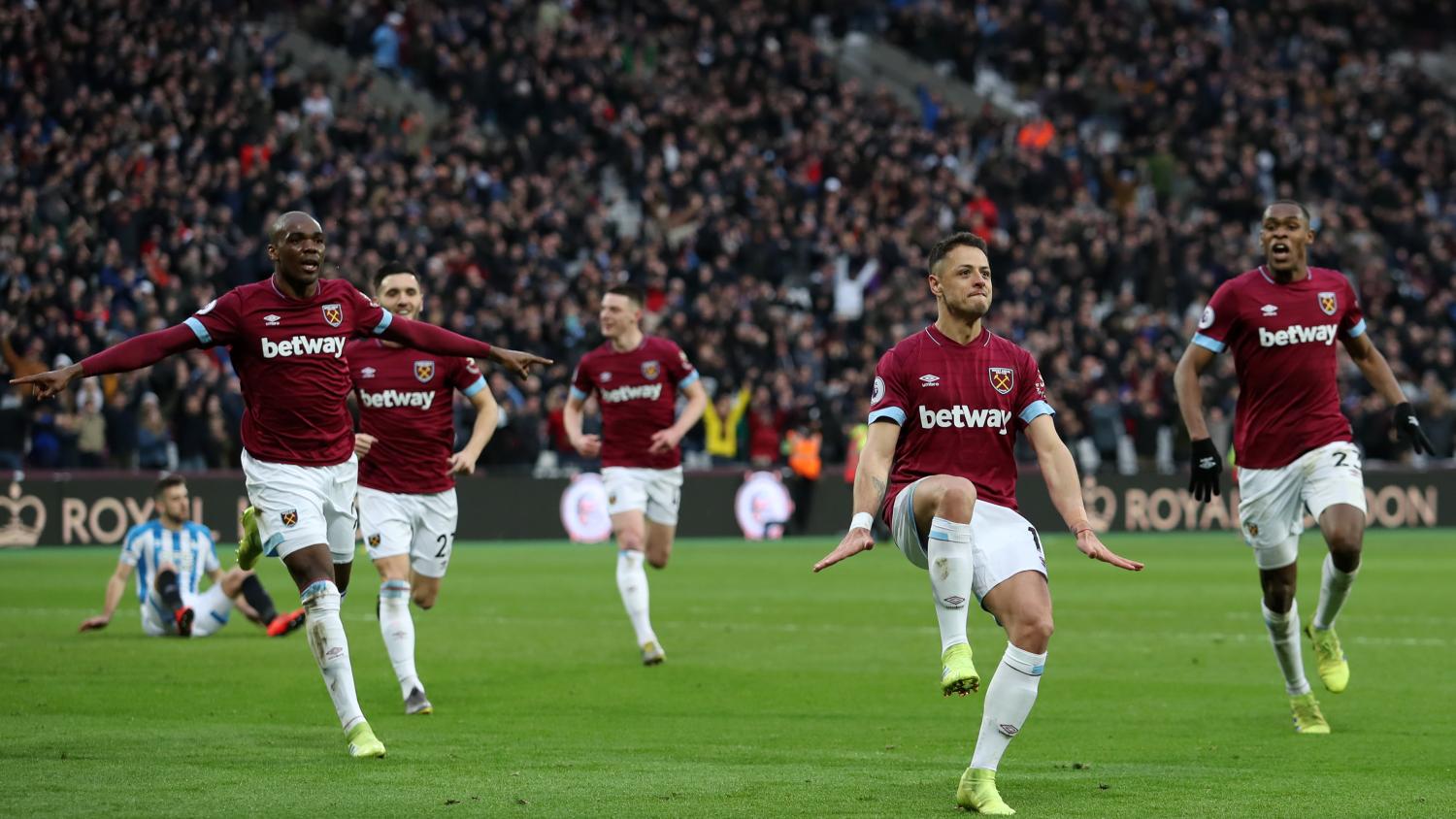 Javier Hernandez scored twice in the final 10 minutes to lift West Ham to a 4-3 win over Huddersfield Town.
Getty Images

Javier Hernandez may be over the hill in footballing terms at 30 years of age, but the little pea still has big goals in him.

While half of the Premier League is off this weekend for FA Cup action (hidden away behind an ESPN+ subscription here in the U.S.), there were a few matches to watch on Saturday, and they were all fucking bonkers.

Newcastle United earned a point at Bournemouth when Matt Ritchie smashed a volley into the back of the net in the 94th minute for a 2-2 draw.

Leicester City, meanwhile, beat Burnley 2-1 despite playing a man down since the fourth minute thanks to this header Wes Morgan in the 90th minute.

Wes Morgan scores a late goal - is that the winner for Leicester?! pic.twitter.com/xVIz8aseAV

But those late goals were nothing compared to the heroics of the Chicharito goals vs Huddersfield Town.

Hernandez come on at halftime for West Ham, which trailed 2-1 at the break. Karlan Grant made it 3-1 before West Ham started to turn things around.

The comeback began with a header from Angelo Ogbonna in the 75th minute. Then Chicharito took over with two late goals to sent West Ham to a wild 4-3 victory.

Chicharito, who recently scored his 50th Premier League goal with his hand, equalized in the 84th minute with a diving header at the back post.

How you leave such a clinical finisher wide open in the box is beyond me. But then again, this is Huddersfield Town, which would have to more than double its current point output by the end of the season to find safety from relegation.

Despite Huddersfield’s remarkable three-goal output (the team had scored all of 15 goals in 30 matches prior), the visitors left London without a single point to show for it after Hernandez netted once more in the 91st minute.

This time, the Mexico international was marked in the box, but it didn’t matter. Chicharito was first to a cross from Felipe Anderson, deflecting it into the back of the net for a late, remarkable winner.

After the Chicharito goals vs Huddersfield, Hernandez now has 52 Premier League goals to his name and 152 total club goals.

Huddersfield, meanwhile, will be crestfallen over not just losing the match but also failing to register a point. On the bright side, Chicharito won’t be playing in the Championship next season, so Huddersfield might find more success after relegation.