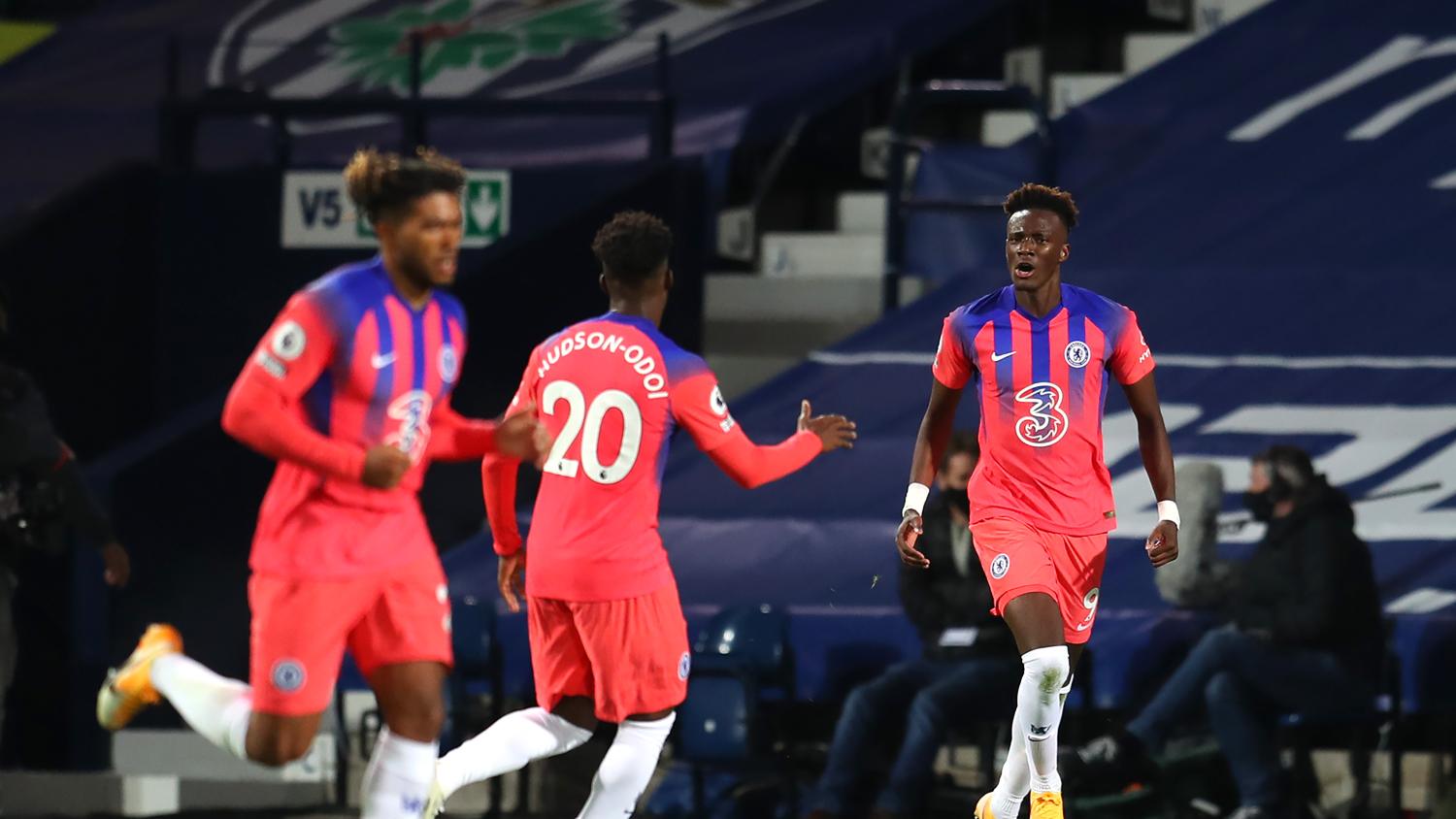 The Blues fought back from a three-goal deficit to earn a 3-3 draw against West Brom.
Getty Images

Chelsea had a real shit sandwich of a first half. Down three goals within 30 minutes, many Blues fans — especially those who just tuned in to watch Christian Pulisic — probably turned off their TVs.

They missed one helluva comeback.

Chelsea rallied with three second-half goals — including the final one in the 93rd minute — to salvage a 3-3 draw with West Brom on Saturday, a wild comeback that shows how much fight is in this young team. Even without Pulisic. Even in god-awful uniforms.

The American winger was once again not in the 18 for Frank Lampard, and Chelsea looked pretty pathetic in the opening half. It looked like Lampard’s choice to start backup Willy Caballero in goal instead of Kepa or newcomer Edouard Mendy would prove to be disastrous.

But Chelsea regrouped at halftime and mounted a comeback, awful pun intended.

Mason Mount struck a brilliant shot from 25 yards out to make it 3-1 and give Chelsea some hope.

Some fancy interplay in the area finished with Callum Hudson-Odoi netting a second with 20 minutes to play.

Tammy Abraham completed the rally in the 93rd minute, first to a rebound to equalize and salvage a point for the Blues.

Chelsea fans went into the match hoping for an easy win against a team that lost by a combined 8-2 in its first two matches, but they can’t be too disappointed with the fight the Blues showed in the huge comeback.

Chelsea’s new boys (Germans Kai Havertz and Timo Werner) played all 90 minutes without much impact aside from Havertz setting up Hudson-Odoi’s goal. When all of Lampard’s men learn how to play with each other — for the love of Drogba play the early ball in behind the defense to Werner already — this Chelsea squad could be scary, especially with Pulisic still waiting to make his season debut.