Is Edouard Mendy The Solution To Chelsea's Goalkeeping Woes? 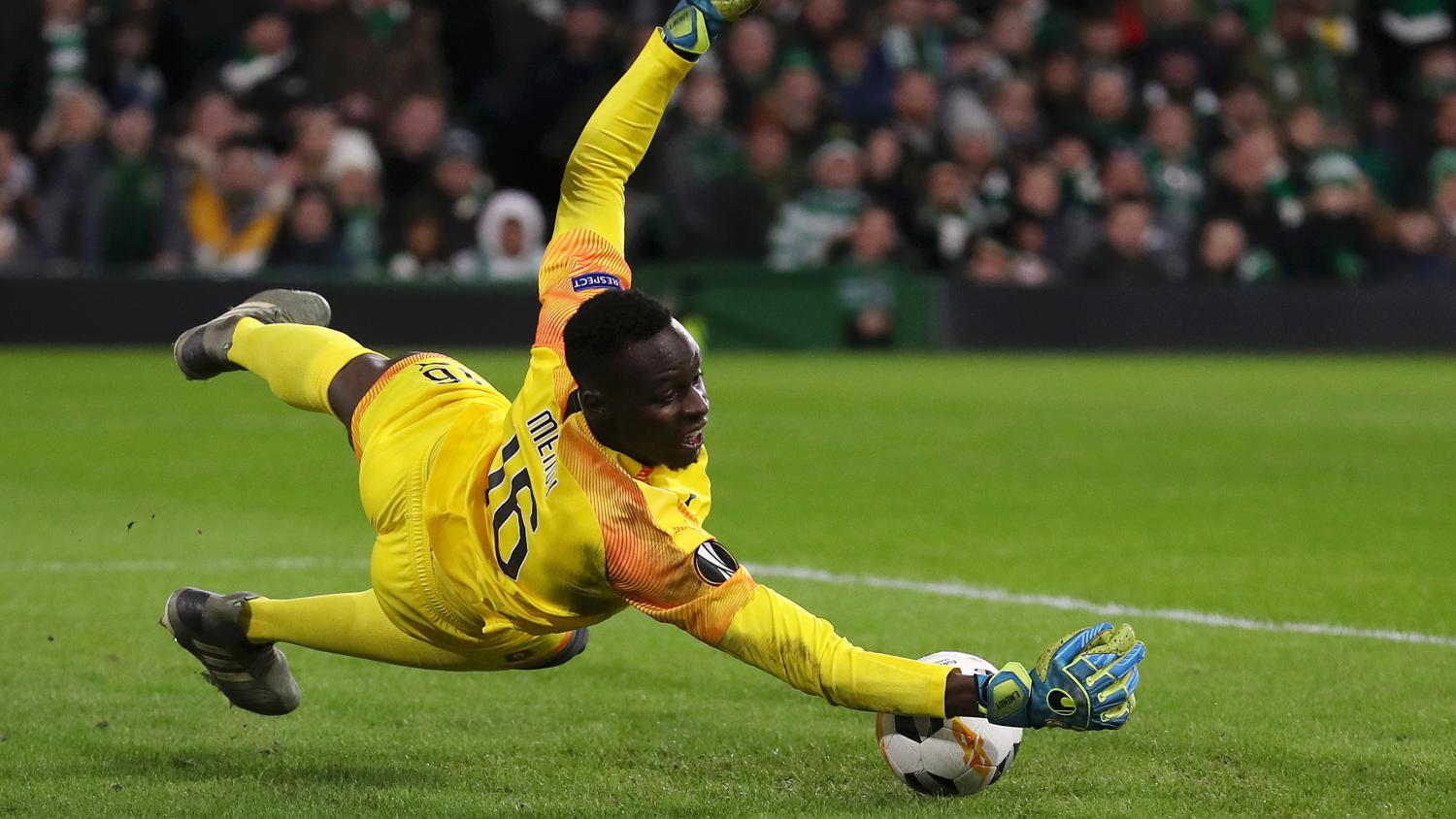 It appears that the Kepa Arrizabalaga experiment is ending for Chelsea. The club announced the signing of goalkeeper Edouard Mendy from Stade Rennais on Thursday for a fee of $26 million. The Senegalese international allowed just 0.76 goals per game in Ligue 1 last season, second in the league, but is he the solution to Chelsea's goalkeeping headache, or will he be just another overpaid, underperforming shot-stopper?

While Mendy doesn't approach Arrizabalaga's record-breaking $88 million transfer fee, a $26 million fee is steep for a player with a $7.70 million market value (per Transfermarkt), especially considering the deflation of transfer fees due to the COVID-19 pandemic.

By comparison, Aaron Ramsdale and Emiliano Martinez, signed this summer by Sheffield United and Aston Villa, respectively, were both purchased for a lower price and have a higher market value than Mendy.

Yet a free-spending owner like Roman Abramovich won't care about the money if Mendy is an upgrade to Kepa.

As requested here is #Kepa’s graphic.#Kepa’s shot stopping was pretty average during the 1st half of his season at #Bilbao but since then he has consistently conceded more goals than would be expected if he was an average top flight shot stopper.#Chelsea #CFC #PremierLeague pic.twitter.com/uZu2b9WtBN

Kepa also struggled to command his penalty area, ranking as one of the worst cross collectors in the league, an area in which the 6-6 Mendy excelled.

If #Chelsea sign #Mendy his ability to claim crosses may really help improve their defensive record.

A lot has been made of #Kepa’s struggles with shot stopping however his cross collecting is also a major issue.

Of the top 6 GKs #Kepa has prevented the least ExG per 90.#CFC pic.twitter.com/xLciBZBQod

So how do Mendy's stats compare? While he allowed just 0.76 goals/match last year, advanced statistics show that his actual level of performance wasn't quite as spectacular. The Senegal native allowed 1.7 fewer goals than expected, a respectable total for the shortened season, but only good enough for eighth among qualifying Ligue 1 keepers.

Statistically, Mendy is a better keeper than Kepa, but there are still two major areas of concern about the Stade Rennais keeper.

One, French domestic football is simply not as competitive as other "Big Five" European Leagues.

While two Ligue 1 clubs reached last season's Champions league semifinals, gone are the days of Marseille and Lyon as European powerhouses. After earning promotion to Ligue 1 in 2018, Mendy's club Rennais finished eighth in its first season while still earning a profit on the transfer market. A year later Rennais finished third. This is simply not possible in other European leagues due to the level of competition.

The decline of French domestic football makes the transition from France to England more difficult than in previous years.

Blues fans may remember the last time Chelsea signed a goalkeeper from Stade Rennais: a 22-year-old Czech international named Petr Čech who became one of the best keepers in Premier League history.

This brings us to another concern I have about Mendy: experience. Čech may have only been 22 when he moved to London, but he already had three full seasons of first-team experience: one with Sparta Prague and two with Rennais, as well as 13 matches of Champions League experience and 24 international caps, including starting all five of the Czech Republic's matches at Euro 2004.

Mendy is a late bloomer, not necessarily detrimental, but he's already 28 and has fewer senior appearances than Čech did at 22. By the time Mendy was 24, he had made a total of just eight senior appearances, all of them for AS Cherbourg in the French third tier. When he made his Stade Reims (different club) debut in 2016, Mendy had gone three-and-a-half years between first team appearances, including a year without a club and a season as the backup keeper for Marseille's B team.

This doesn't mean that Mendy is not a proficient keeper, but there is simply no substitute for game time, especially at the highest level.

Mendy's first season as a full time starter was 2017-18, and as a 28-year-old with just three full seasons under his belt, including only two in the top flight, he has much less goalkeeping experience than you would desire for a Premier League keeper of his age.

Even more experienced keepers than Mendy have struggled with the transition from France to England.

Steve Mandanda had made over 330 league appearances for Marseille when he moved to Crystal Palace on a free transfer in 2016, yet the 31-year-old Frenchman could not adjust to the Premier League, allowing 17 goals in nine early-season starts, and then never appearing for the club again. He has since returned to Marseille with considerable success.

David Ospina spent six seasons as a starter with OGC Nice as well as more than half a decade as Colombia's No. 1 keeper when he moved to Arsenal in 2014. But Ospina was never able to lock down the starting spot for the Gunners, and he spent his last three seasons in London as Petr Čech's backup.

The last Ligue 1 keeper to excel in England was Hugo Lloris, but he was already a bona fide star and France's starting keeper by the time he left Lyon in 2012.

Here's the bottom line: Mendy is a better goalkeeper than Kepa. But given how bad Kepa was last season and how low his confidence fell, anybody would be an upgrade for Chelsea. Like Loris Karius at Liverpool a few seasons ago, Kepa needs to leave Chelsea if he wants to have any hope of resurrecting his confidence.

The only question is: Will Mendy be a good enough keeper to help Chelsea became a contender in the Premier League again? I'm not so sure.