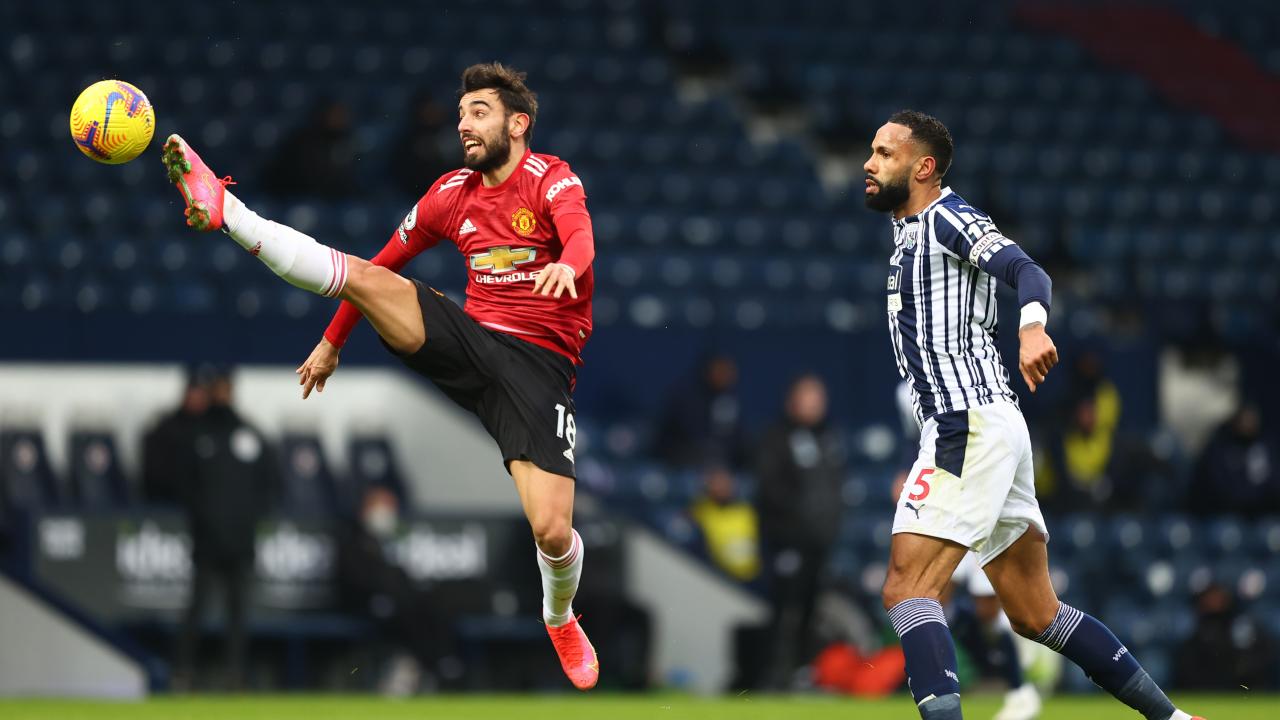 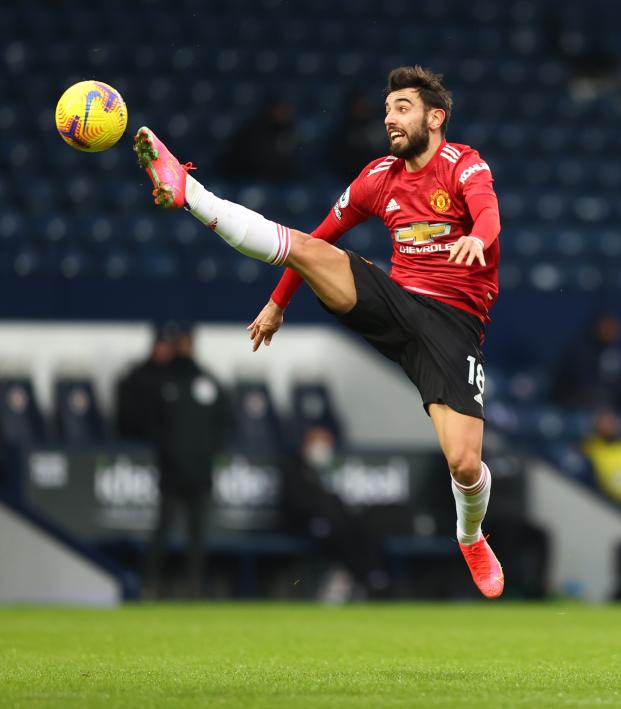 Reuters February 14, 2021
Manchester United is second in the league but seven points behind City.

BIRMINGHAM, England - An out-of-sorts Manchester United could only draw 1-1 at struggling West Bromwich Albion on Sunday, leaving them second in the Premier League but seven points adrift of Manchester City.

United looked lethargic for the rest of the half, but their inspirational Portuguese midfielder Bruno Fernandes stepped up yet again in the 44th minute with a spectacular volley from near the penalty spot.

Fernandes has now been directly involved in 38 goals in his first 38 Premier League appearances, 22 goals and 16 assists.

In a more exciting second half in near-freezing temperatures at The Hawthorns, the Manchester club twice saw shots cleared off the line and had a penalty appeal turned down after captain Harry Maguire was manhandled in the box.

Showing a passion lacking in some teammates, Maguire drove forward at every opportunity and nearly won it at the death with a 95th-minute header that goalkeeper Sam Johnstone tipped onto the post.

THAT CLOSE to a winner at the death for Manchester United. #MyPLMorning pic.twitter.com/Ounco86of4

"It was a great save by Sam to be fair," said a frustrated Maguire. "We created a lot of chances, enough to win the game. We made it tough for ourselves conceding the goal. It's disappointing. On another day we score two or three goals and it's a different story."

Despite surviving waves of attacks, the hosts could have snatched it with three breakaways. Diagne, who has joined from Turkish club Galatasaray until the end of the season, twice went close with only David de Gea to beat in the United goal.

"THE SAVE IS MADE NOT ONCE, BUT TWICE BY DE GEA!" #MyPLMorning pic.twitter.com/Kh9C2gHQWY

The result left West Brom second bottom of the table, 12 points from safety, with manager Sam Allardyce so far failing to ignite their season despite his reputation for great escapes.

League leaders Manchester City beat Tottenham Hotspur 3-0 on Saturday to reach 53 points and have a game in hand over Manchester United and third-placed Leicester, both on 46.