Everyone Wanted To See An Ederson PK Attempt; Instead We Got An Even Better Ederson Assist 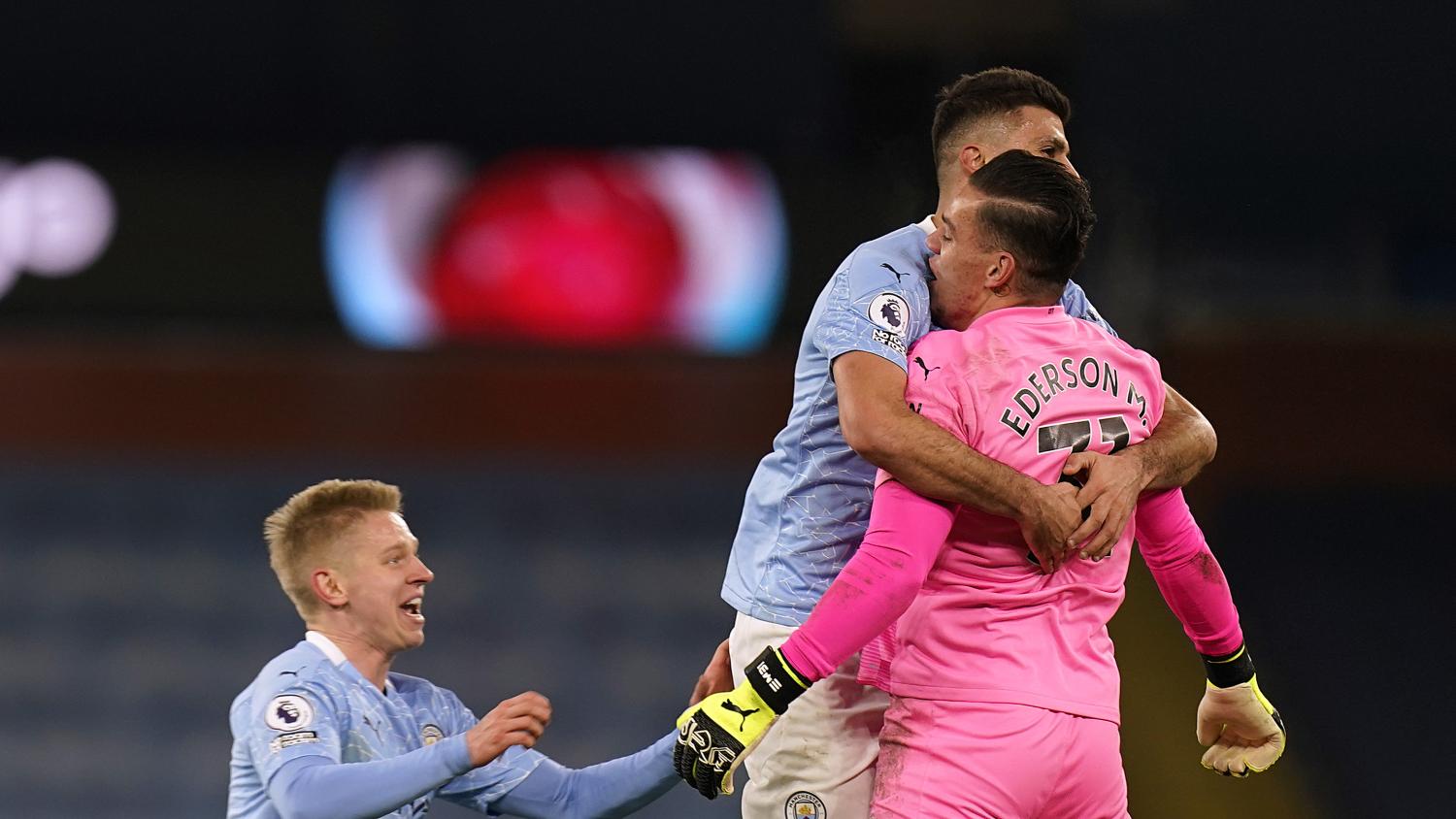 Ederson didn’t get to attempt a PK like Twitter wanted, but he still found a way to make an impact on offense.
Getty Images

When the VAR awarded Manchester City a penalty in the first half against Tottenham on Saturday, soccer Twitter erupted. The Citizens have had a woeful record from the spot, missing nine since the start of last season. But there was one player who had yet to attempt a penalty kick, and social media demanded he be allowed to take it.

Twitter wanted Ederson to score a penalty, but Pep Guardiola left them sorely disappointed when Rodri calmly converted to send City on its way to a 3-0 demolition of Jose Mourinho’s Spurs. But Ederson still found a way to contribute offensively.

It wasn't Ederson, but Rodri scores from the penalty spot. #MyPLMorning pic.twitter.com/3u0HUBYtCJ

In the leadup to Saturday’s match, Guardiola said Ederson was a legitimate option to take penalty kicks. Just about every other attacker on the team had missed from the spot, so why not give a chance to the sure-footed Brazilian keeper?

Once referee Paul Tierney pointed to the spot, Ederson strode to midfield, hoping (expecting?) to be allowed to take his shot.

Ederson really wanted to take that penalty, but @BernardoCSilva stopped him. pic.twitter.com/RGdmsLQlEn

Everyone at Rodri after not letting Ederson take that penalty pic.twitter.com/5UFlxmryA3

Ederson wanted that one BAD

While it was mostly fun and games on Twitter, it was anything but for Mourinho and Spurs. Though Harry Kane struck the post with a free kick, Saturday’s match was primarily one-way traffic for City.

İlkay Gündoğan converted City’s supremacy into a dominating win with goals in the 50th and 66th minutes, thanks to two brilliant assists.

The first came after a bit of bamboozling interplay between Raheem Sterling, Phil Foden and Gündoğan. When Sterling drew the attention of almost the entire Spurs defense, he played a perfect ball into the path of his German teammate to poke home.

Although Ederson didn’t get a chance to score on Saturday, he did record an assist.

The Brazilian, who set the Guinness World Record for longest drop kick in 2018, pinged a ball over the entire Spurs defense to find Gündoğan, who still had plenty to do to make it 3-0, obliterating Davinson Sánchez with shocking ease.

Gareth Bale came close to actually doing something on his return to North London, stinging Ederson’s palms after a mazy run, but Spurs mostly just fizzled out with no real chance of a comeback.

With three more points, Manchester City surged to 53 points from 23 games, seven ahead of second-place Leicester City and 13 ahead of reigning champion Liverpool, with games in hand on both clubs. Crosstown rival Manchester United is eight points back while level on games played.