Bruce Arena Wants You To Give Him Money For Failing To Get The U.S. To The World Cup

Bruce Arena (with the help of Jurgen Klinsmann and some uninspired performances from the players) failed to qualify the U.S. for the 2018 World Cup. Now he wants to monetize that failure with a new autobiography. The Bruce Arena book is titled “What's Wrong with US?: A Coach’s Blunt Take on the State of American Soccer After a Lifetime on the Touchline,” a clear and obvious money grab revolving around a fiasco of his own creation.

Co-written with journalist Steve Kettmann, this 288-page autobiography will be released on June 12, two days before the start of the first World Cup without the U.S. since 1986. The headline reeks of click-baitiness — a tone-deaf attempt to have Americans give him money for failing to do the one thing we ask of a soccer coach every four years.

While we at The18 haven’t read it yet, The Washington Post was given an advance copy of the Bruce Arena book and highlighted some of the juiciest bits, namely that Klinsmann was nearly fired long before the axe finally dropped.

According to the book, in the spring of 2016, while the USMNT was still in its first round of World Cup qualifying, Sunil Gulati and U.S. Soccer approached Arena about taking over for Klinsmann, who had a dismal 2-1-1 record in a weak four-team group. However, USSF chief executive Dan Flynn underwent a life-saving heart transplant operation just before negotiations with Arena were completed, so Gulati stuck with Klinsmann for the time being. 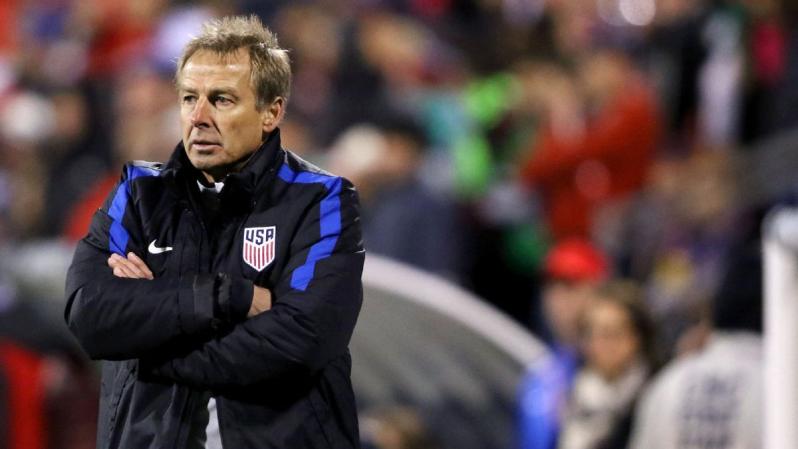 The Bruce Arena book states that he nearly replaced Jurgen Klinsmann nearly a year before the German was actually fired. Photo: @voguemansion | Twitter

That summer, Klinsmann helped the U.S. to a semifinal appearance in the Copa America Centenario, earning himself a reprieve. However, the U.S. stumbled out of the blocks in the final, six-team World Cup qualifying group, losing 2-1 to Mexico and 4-0 to Costa Rica. Gulati finally pulled the trigger and replaced Klinsmann with Arena.

“I had trouble watching the Costa Rica game,” Arena wrote, according to the Washington Post. “Seriously. It was uncomfortable for me to see the U.S. team playing that way, out of sync and at odds with one another, looking as though they didn’t really care all that much. … Those back-to-back losses were a fiasco for U.S. soccer, and no matter how much blame lay at Klinsmann’s feet, it was clear he’d coached his last game for the U.S.

“Having been offered the job months earlier, I knew what was coming.”

However, Arena, the man who had guided the U.S. to the World Cup in 2002 and 2006, couldn’t get the results needed to finish in the top four of the hexagonal. Particularly damning was the 2-1 loss to Trinidad And Tobago on the final day to see the U.S. shockingly leapfrogged by both Panama and Honduras, when a draw would have been enough to see the U.S. reach Russia.

But, by all means let Arena, the man who helped put the U.S. in this situation, explain what’s wrong with U.S. soccer when he's part of the problem. By all means give him money to coachsplain to us why he couldn’t succeed against weak competition.

Again, we haven’t read the Bruce Arena book, but we see no reason to reward someone for failure, which is part of the reason we’re in this mess. Especially when, according to the Washington Post, this is the funniest line in the book: “DaMarcus Beasley lined up to take a corner kick in El Salvador one time and had half a chicken thrown at him. He didn’t say which half.”

So, “What’s Wrong With US?” as the title asks? Bruce Arena is what’s wrong with U.S. Soccer (and his money-grabbing book).