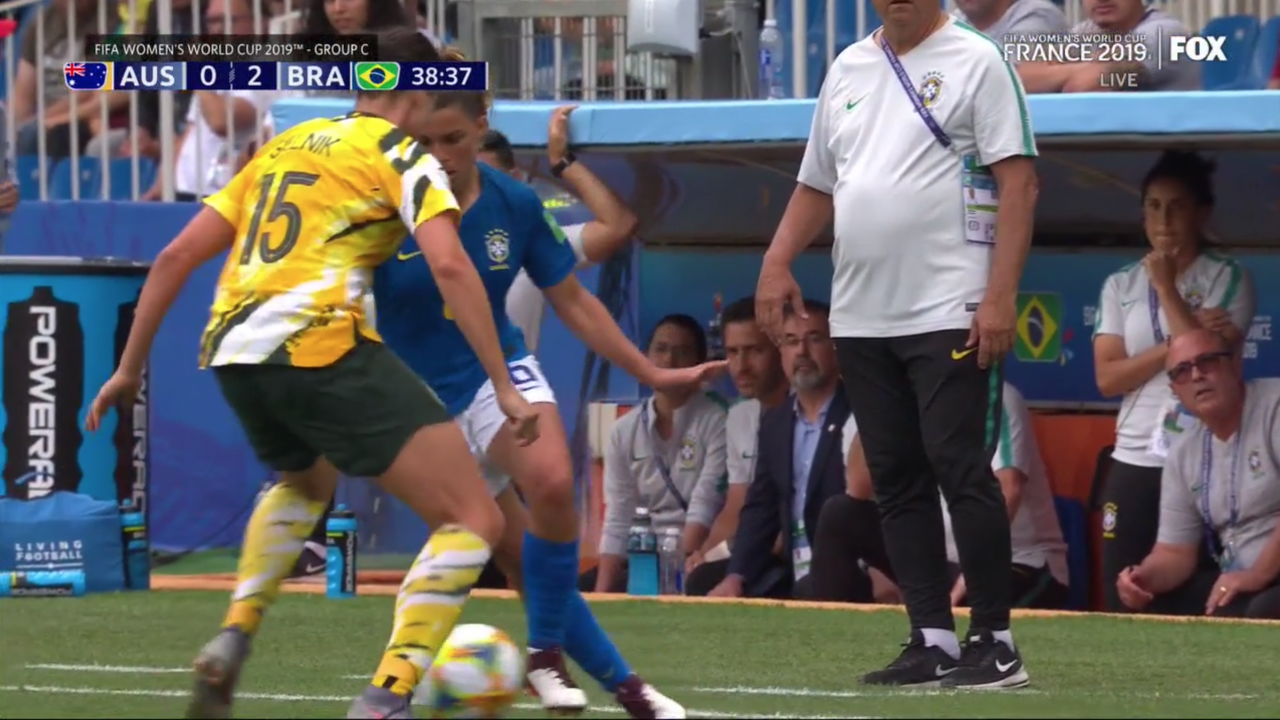 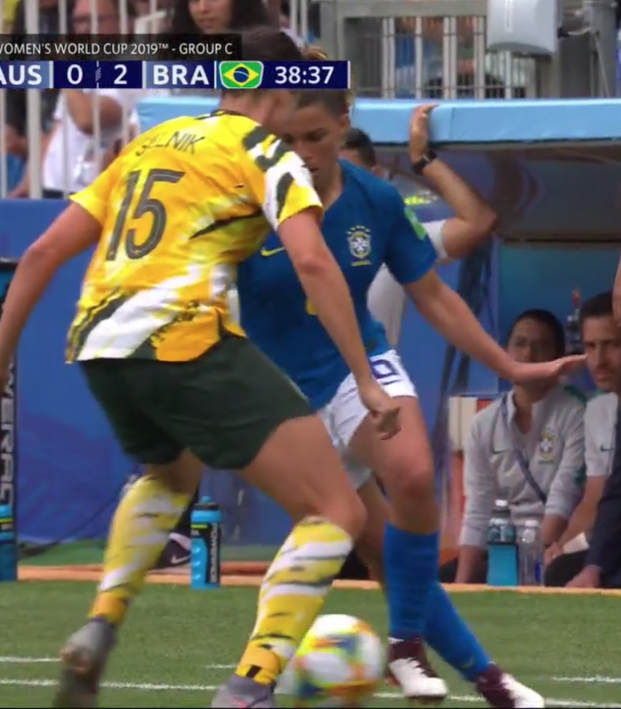 Travis Yoesting June 13, 2019
Tamires pulled off a picture-perfect nutmeg to set up Cristiane’s fourth goal of the tournament.

Cristiane opened her 2019 Women’s World Cup with a hat trick against Jamaica on Sunday, taking her to 10 all-time goals in the competition.

Let’s make that 11 after a powerful header against Australia on Thursday — with a little help from a brutal nutmeg in the buildup.

Cristiane’s 11 goals put her in a tie for fifth-most all time in Women’s World Cup history. She trails her teammate Marta, who notched her all-time best 16th WWC goal on a penalty kick earlier in the match.

But Cristiane’s goal was the result of some classic Brazilian flair.

Starting the play near midfield, left back Tamires pulled off a perfect nutmeg of Emily Gielnik before playing a through ball up to Debinha on the left wing. Debinha then launched a cross into the middle of the box where Cristiane outjumped her Aussie defender to make it 2-0 Brazil in the 38th minute. (Nutmeg at 0:46 in the video below.)

I guess you could say Tamires kicked it through Gielnik’s Down Under. Eh? Eh?

Despite the four goals this tournament, Cristiane still trails Alex Morgan (five) in the Golden Boot race, because the USWNT is really good.

Australia would pull one back before halftime through Caitlin Foord in the 46th minute to make it 2-1 at the break.

Early in the second half, Brazil pulled off an even more impressive double nutmeg.