Spencer Jackman July 11, 2017
According to rankings on Gotsoccer.com, the Phoenix metro area has four of the best youth soccer clubs in the nation.

Phoenix is strongly making its case as the best place for youth soccer in the United States. Although one should take many factors into consideration when evaluating a metro area for its ability to develop players, it's clear that the level of competition in and around the Phoenix area is as strong as any other place in the U.S.

According to Gotsoccer.com rankings, four youth clubs from the Phoenix metro area have at least three of their age groups ranked in the top 25 in the nation. The Bay Area and Metro DC are next with three clubs apiece. 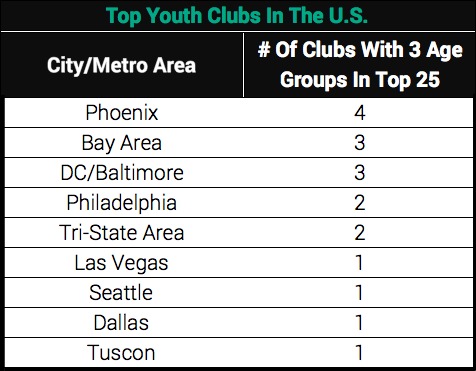 Arizona has an impressive group of elite youth teams, and the state has been noted for its ability to produce MLS players. Its most successful club in the rankings, Tuzos SC, is affiliated with Club Pachuca of Liga MX. Here's a full list of the 18 clubs. 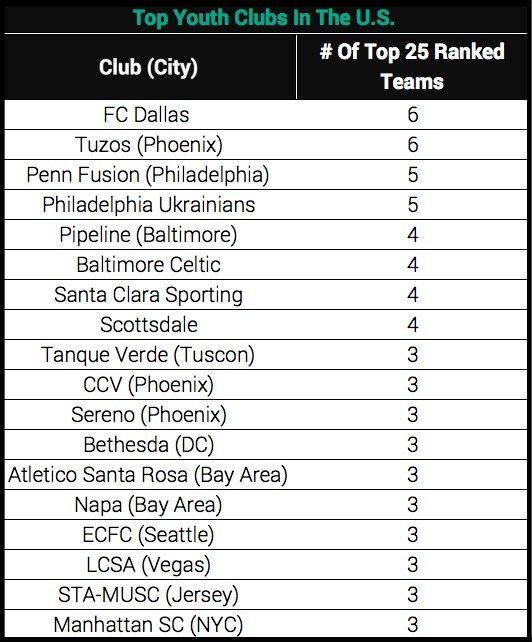 If this trend continues, it's likely that more MLS and USMNT players will be coming from the cities and metro areas on this list.