Bayern Must Make History In Order To Advance Past Real Madrid

Spencer Jackman May 1, 2018
Since the 2003-04 season, 18 teams have lost at home in the first leg of the UCL semifinals or quarterfinals. None have advanced.

In order to advance to the Champions League final, Bayern Munich will have to make history at the Bernabeu. The advantage of hosting the second leg is made most apparent by looking at the record of teams who have needed a comeback after dropping the first leg at home.

Since the 2003-04 season, 18 teams have trailed heading into a Champions League quarterfinal or semifinal second leg on the road. None of those teams have advanced. 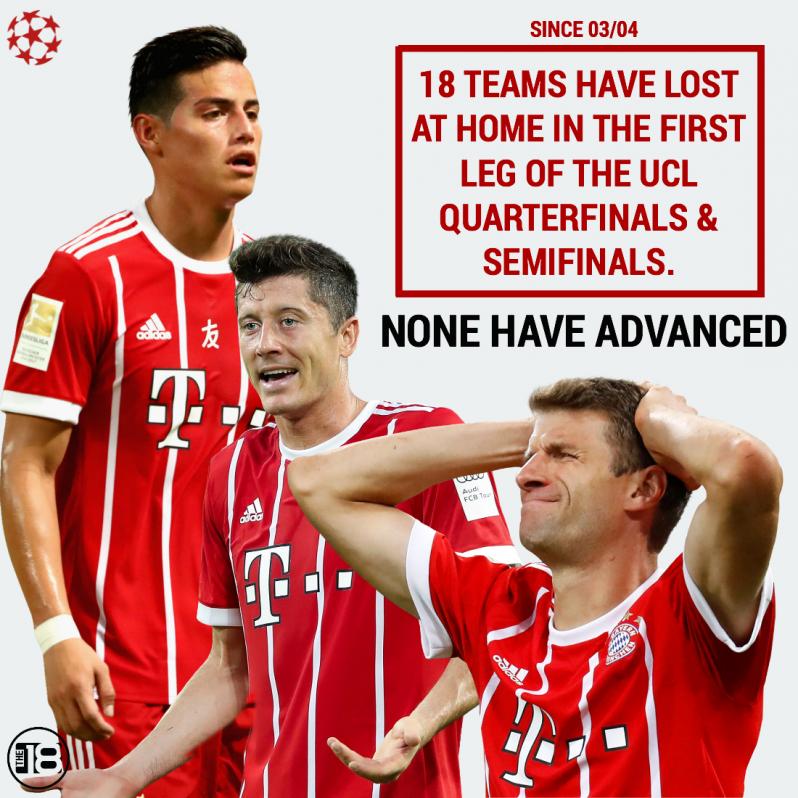 Players, coaches and fans have long argued that it is better to host the second leg of a two-legged tie. UEFA implicitly admits as much by giving group winners the “advantage” of hosting the second leg in their Round of 16 match ups.

In the quarterfinals and semifinals, second leg hosts are decided with the random draw of opponents. Therefore, the advantage of hosting the second leg is not distorted by second leg hosts simply being better (which is often the case by pitting group winners against group runners up in the Round of 16). 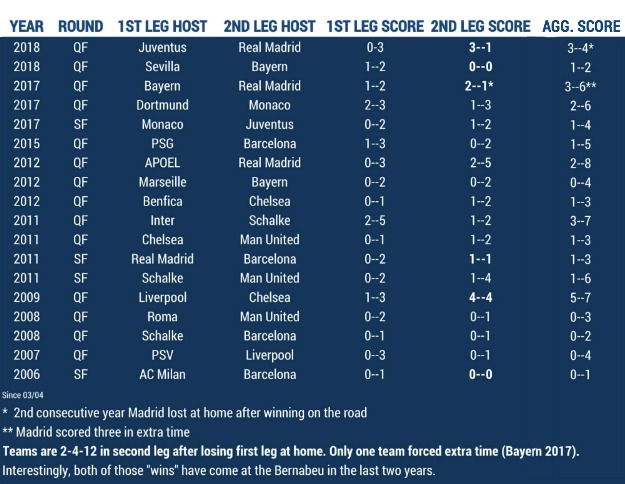 We decided to examine whether the advantage of hosting the second leg still applies to the more evenly matched quarterfinal and semifinal fixtures.

Since the UCL abandoned the second group stage after the 2002-03 season and adopted its current format, there have been 87 two-legged ties in the quarterfinals and semifinals. (The Milan derby in 2005 was not included in our sample, as Inter’s pyromaniacal fans prematurely ended the second leg).

In those 87 matches, the second leg host won 47 times (54%). Although that's not a statistically significant advantage, it hints at something more substantive.

If a road team needs a positive result in the second leg, it must overcome longshot odds. 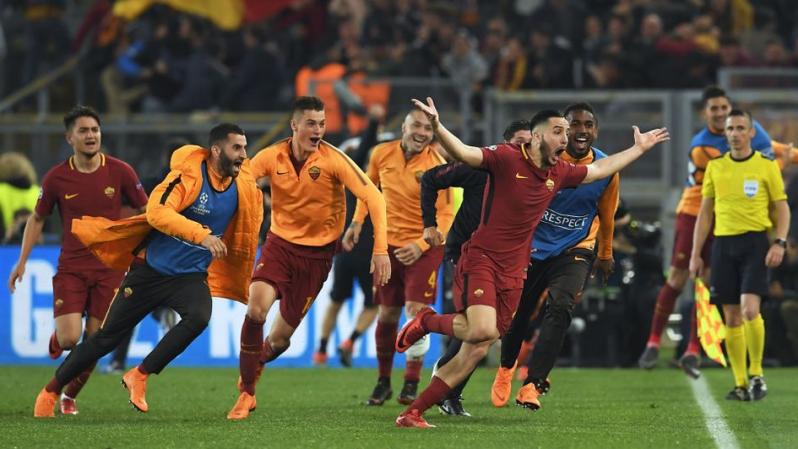 History suggests that Roma have a better shot at coming back from three goals down at home than Bayern does from a goal down on the road. Photo: @FUTWIZ | Twitter

In the 24 fixtures that have been tied after the first leg, the second leg host has won 17 times (71%). Adding that to the 0-for-18 that road teams have posted in trying to overcome a deficit, teams that didn't win their first leg at home advanced just 17% of the time.

Although Bayern trails Real Madrid by just a goal, Champions League history suggests that they have a steeper hill to climb than Roma does in its return leg against Liverpool.

Second leg hosts have come back from a deficit in 12 of their 45 home matches after they lost the first leg on the road. That's good for a 27% clip. And of course Roma can draw inspiration from its 3-0 comeback win against Barcelona just a few weeks ago. 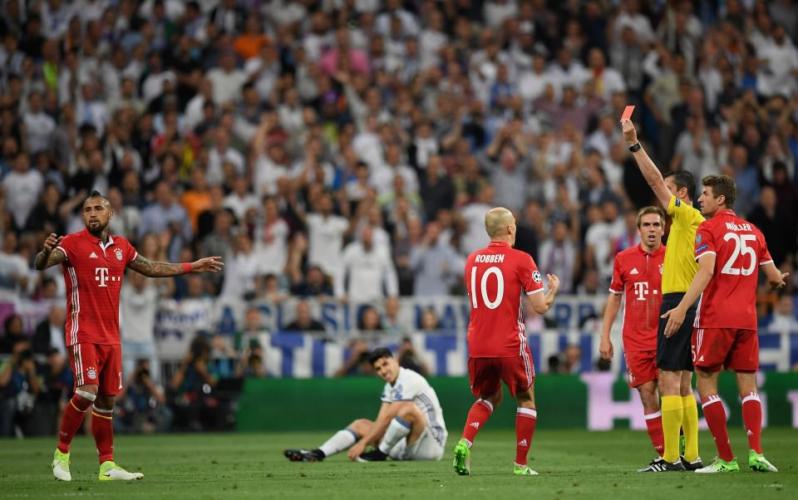 Had it not been for Arturo Vidal's red card in the 84', Bayern might have come back against Real in the UCL quarters last season. Photo: @iMiaSanMia | Twitter

Disregarding the numbers, Bayern still has a shot. They nearly pulled off a comeback from an identical 2-1 deficit in last year's UCL quarterfinals at the Bernabeu. A controversial Arturo Vidal red card left Bayern a man down heading into extra time, and Ronaldo scored twice to push Real across the line.

Finally, Bayern is the only first leg host in the sample to win a two-legged tie that went to extra time (second leg hosts won the other four). Bayern knocked out Real in penalties in the 2012 semifinals at the Bernabeu.