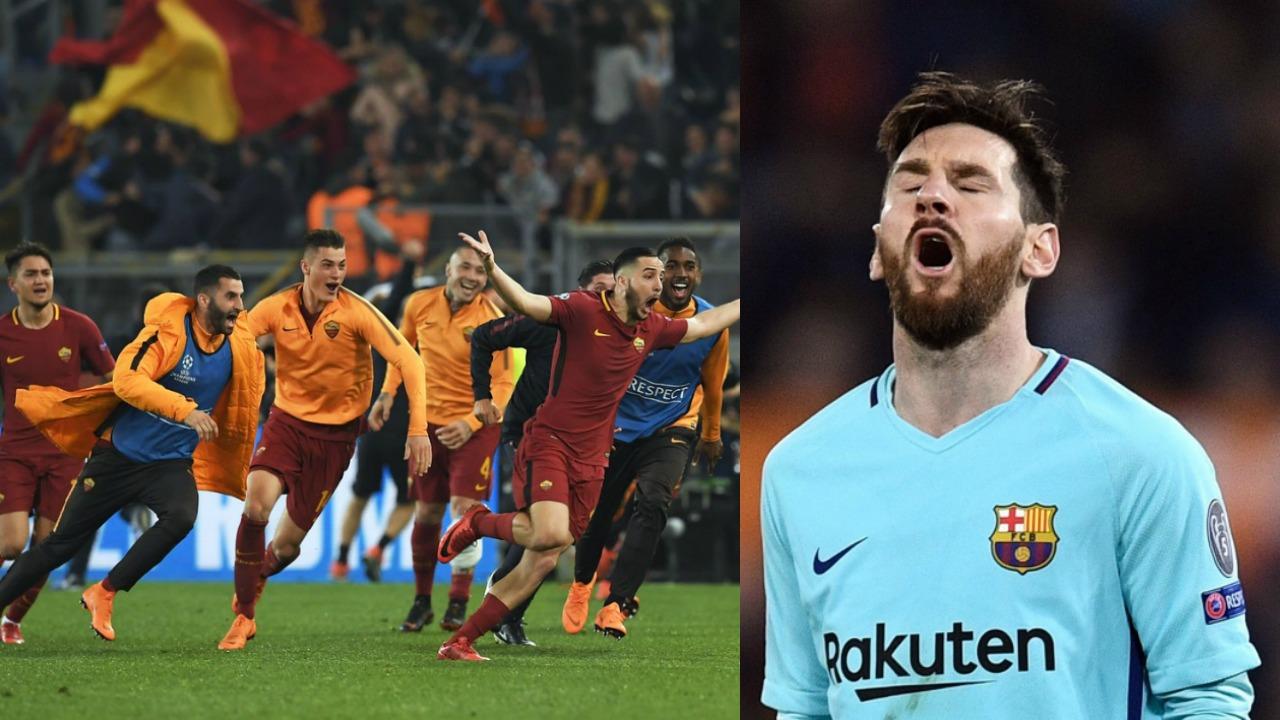 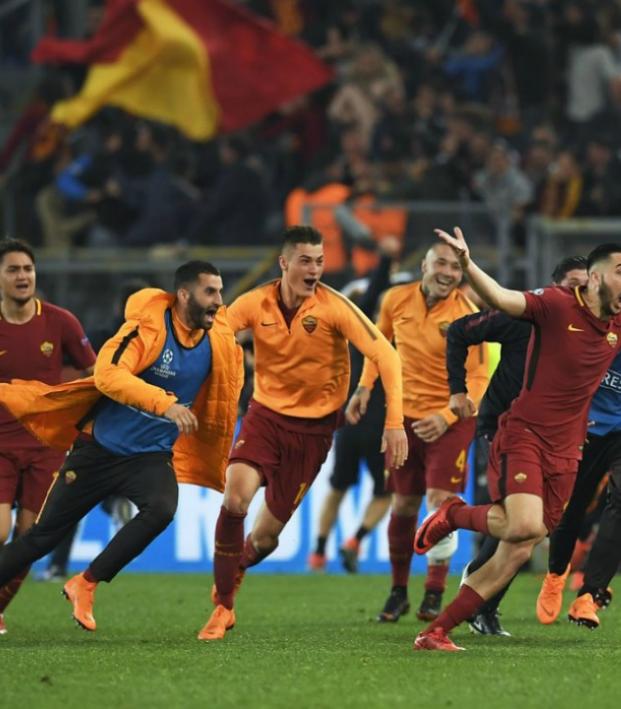 Connor Fleming April 10, 2018
Messi has never played worse in a two-legged tie, but Roma deserve all the credit.

It’s no secret: as Messi goes, so too does Barcelona. Accordingly, the Catalan side’s shock elimination to Roma in the Champions League quarterfinals — Roma pulling off an incredible three-goal comeback to win 4-4 on aggregate via an away goal — isn’t all that shocking.

Who are we kidding, it's f*cking insane.

The Italian side nullified the world’s best player over 180 minutes of action and thoroughly outplayed the runaway La Liga leaders at the Stadio Olimpico on Tuesday night.

The truth of the matter is that Barcelona rode their luck against Roma for far too long. The Blaugrana were poor in the first leg, but two Roma own goals and a subsequent period spent on tilt allowed Barca to record a hugely flattering 4-1 victory at the Camp Nou.

The second leg was a different story. Roma cut out the self-sabotage and dominated play up until the final few minutes.

Dzeko gave the Stadio Olimpico hope in the sixth minute after drifting between Jordi Alba and a slumbering Samuel Umtiti, and the tie really should’ve come to life minutes later when Patrik Schick was gifted a free header in front of goal. He somehow missed.

#ASRoma take an early 1-0 on the night through Edin Dzeko! But #Barça still lead 4-2 on aggregate. Great ball over the top by De Rossi, then Dzeko did well to control and finish. #RomaBarca #DajeRoma #UCL pic.twitter.com/QzS8xdHUP6

#ASRoma really should've scored again there. Free header for Patrik Schick from 8 yards out, and he put it wide. They're pressing hard and making it uncomfortable for #Barça so far. #RomaBarca #DajeRoma #UCL pic.twitter.com/nzwXDuVcG7

The second half continued in a similar vein. In the 53rd minute, Gerard Pique brought down Dzeko in the box for an obvious penalty. Captain Daniele De Rossi buried a powerful effort beyond Marc-Andre ter Stegen. De Rossi was influential all night, and Francesco Totti (sat next to former teammate Antonio Cassano in the stands) was undoubtedly a proud papa.

Daniele De Rossi buries the penalty and #ASRoma lead 2-0 on the night! The comeback is fully on now in Rome, #Barça only lead 4-3 on aggregate! #DajeRoma #RomaBarca #UCL pic.twitter.com/B49ElQE1HN

They only need one more! pic.twitter.com/hsBoOz23IP

In the 82nd, the unthinkable: Kostas Manolas, scorer of one of the two Roma own goals in the first leg, thumped home a header to put Barca on the brink.

Kostas Manolas!!!! #ASRoma lead 3-0 on the night vs #Barça, and they have the away goals edge at 4-4 on aggregate!!! Great header at the near post off the corner, and what a comeback! #DajeRoma #RomaBarca #UCL pic.twitter.com/AMWDKNOolm

Just LOOK at his face!

What a comeback by Roma pic.twitter.com/pu80270Ngm

The result would hold, and it’s Roma through to the semis. Again, the job they did on Messi and Barcelona’s attack was absolutely incredible.

In the first leg, Messi was dispossessed seven times while failing to score on any of his seven shots.

Lionel Messi: No player has been dispossessed more times in a Champions League match this season than Messi vs Roma (7)

In the second leg, he was dispossessed four times while failing to score from five shots — including two dangerous free kicks that he sailed over the bar. A total of 64 touches is all Messi saw of the ball in Rome.

You will never see Messi this ineffectual over 180 minutes again, and his quest for a fifth UCL title must now wait another year.

Will Luis Suarez be there to aid him? On the evidence of his 2017-18 UCL campaign, no. The Uruguayan scored only one goal from 10 appearances in the competition, and that's just not good enough for a side that's aiming to win it all every year.