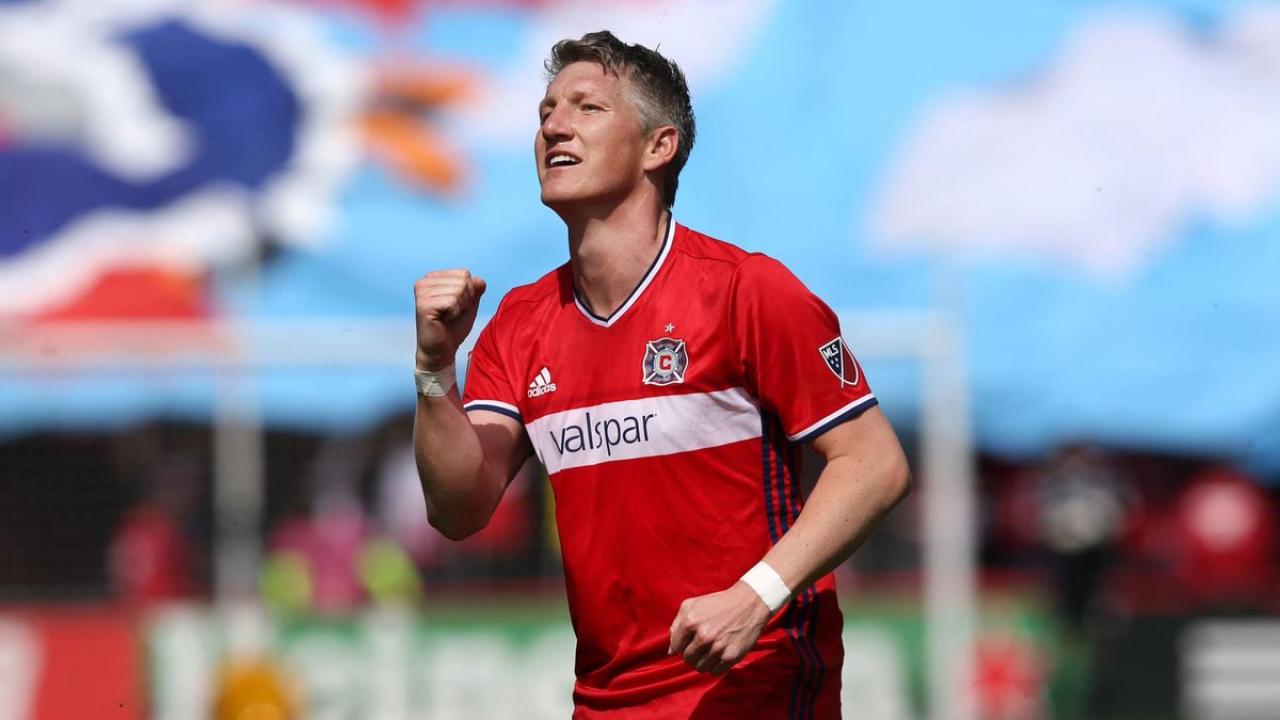 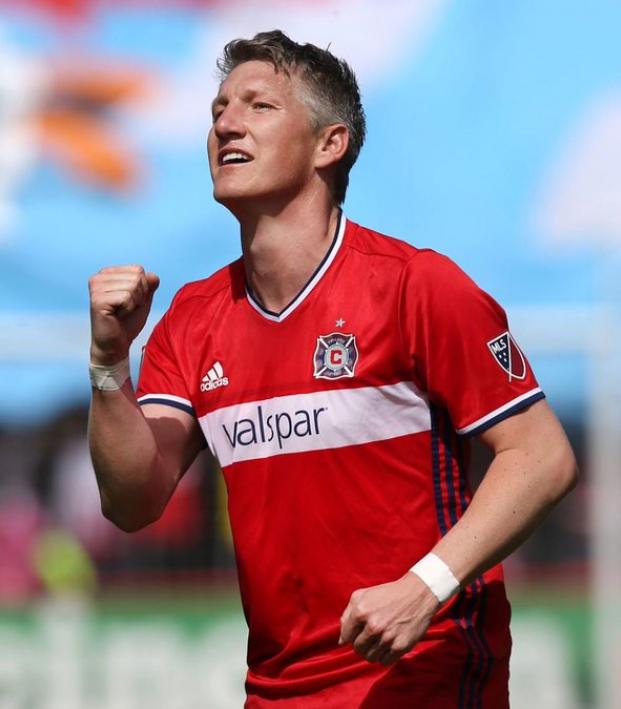 Connor Fleming January 18, 2018
The 33-year-old German legend will embark on his second season in MLS with Chicago.

Legendary German midfielder Bastian Schweinsteiger has elected to re-sign with Major League Soccer’s Chicago Fire for an additional year on a Designated Player contract for the 2018 season. The Fire paid Schweinsteiger $5.4 million last year, but details have yet to be released concerning the new contract.

Schweinsteiger played a pivotal role in reinvigorating the club last season, helping the Fire to their first playoff appearance since 2012 while finishing third in the Eastern Conference. The German playmaker appeared in 24 regular season matches, scoring three goals and adding six assists.

“I am very happy to re-sign with the Chicago Fire, and to continue what we started in 2017,” Schweinsteiger said. “Last year was a special moment for my career, but it felt incomplete without a trophy. But I am sure we can create another memorable season with the support of our great fans. I love this city, this sport, and winning, so I look forward to another season with the Fire as we progress to hopefully another level of success.” 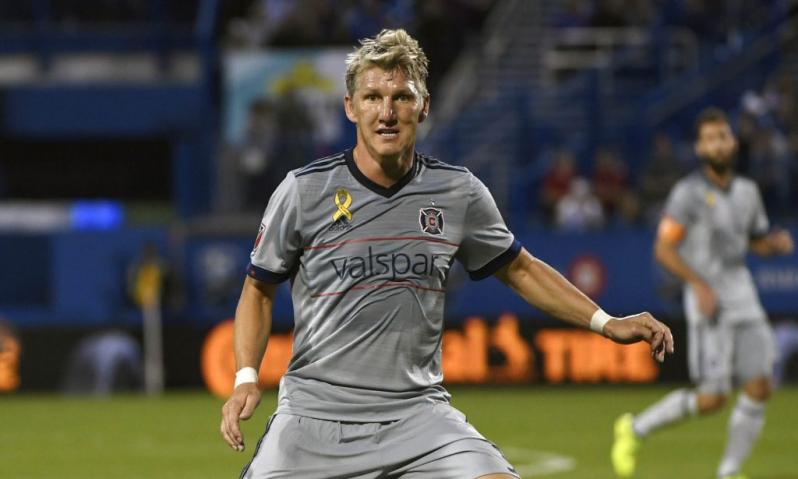 Schweini is after the MLS Cup in 2018. Photo: @SBISoccer | Twitter

Questions were asked of the 33-year-old’s durability before heading to MLS. A series of injuries ultimately ended his time with Bayern Munich and facilitated his ill-fated stint with Manchester United, but Schweinsteiger stayed largely injury free in the Windy City.

However, a calf injury towards the end of the season caused him to miss four games, and he was limited to a 25-minute substitute appearance in Chicago’s 4-0 playoff defeat to the New York Red Bulls.

“It was a priority to re-sign Bastian and we’re pleased that he will remain with the club,” said Fire general manager Nelson Rodriguez. “He’s a proven winner who was an integral part of our success in 2017. Bastian’s talent combined with his character and qualities off the field are vital to our squad as we continue to build a championship program.”

Last week, the club also announced that they’d re-signed defensive midfielder Dax McCarty to a two-year contract extension, ensuring that the team’s midfield will again be among the strongest in MLS.

The Fire kick off their 2018 season with a home match against Sporting Kansas City on Saturday, March 10.