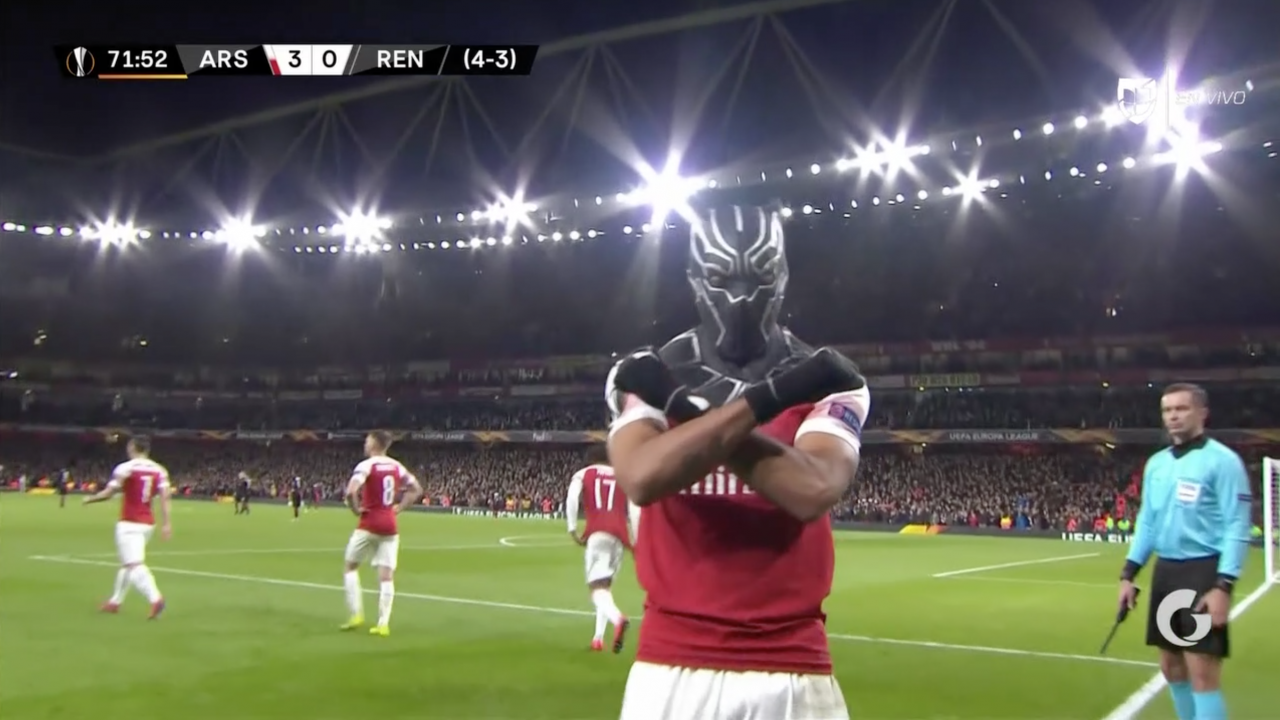 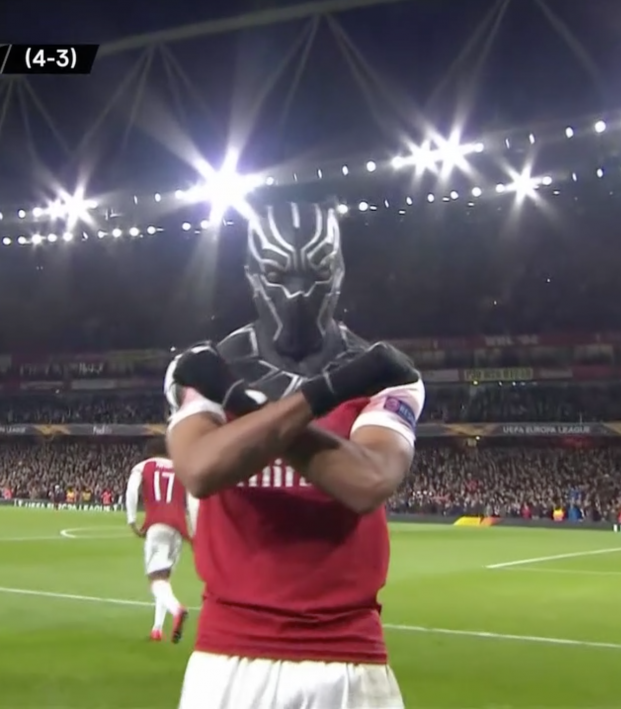 Travis Yoesting March 14, 2019
Pierre-Emerick Aubameyang had two goals and an assist to help the Gunners beat Rennes 4-3 on aggregate.

I’ve said it before and I’ll say it again. Watching the Europa League in Spanish is just as entertaining as watching the Champions League in English.

Reason No. 314? A Galavision announcer saying, in English, “Wakanda Forever” as Pierre-Emerick Aubameyang donned a Black Panther mask to celebrate his second and Arsenal’s third in 3-0 victory over Stade Rennes on Thursday in London. The win overturned a 3-1 loss in the first leg for a 4-3 aggregate victory to send the Gunners into the Europa League quarterfinals.

Arsenal, as it did in Rennes a week ago, started out on fire, scoring in the opening five minutes. This time it was Aubameyang who did the honors instead of Alex Ibowie Iwobi.

This time, however, Arsenal did not succumb to an unnecessary red card and collapse (though Rennes really tried its best to draw one).

Instead, Ainsley Maitland-Niles, who has been sterling since his return to the Gunners lineup, headed in another in the 15th minute while Rennes defenders stood around asking for an offside flag.

Here's some #UEL stuff  Arsenal wipe their deficit away in 20'.

AMN’s goal (assisted by Aubameyang) was enough to see Arsenal through on away goals, but the Gabonese striker added some insurance in the 72nd minute, turning home a cross from Sead Kolasinac to make it 3-0.

The pass
The goal
The celebration 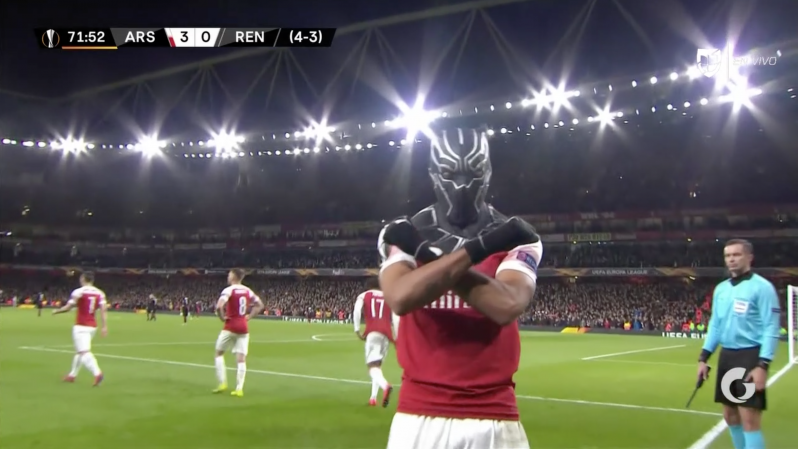 After the goal, Auba found a Black Panther mask hidden behind the goal and did the Wakanda Forever salute. And the Galavision announcers called Sead Kolasinac "Peter Parker" (Spiderman).

Aubameyang should’ve had a hat trick in the 83rd minute but he scuffed his shot wide from about eight yards. Rennes had a couple chances to send the match to extra time with an away goal, but every time either the assistant ref raised his flag for offside, the Rennes player missed the target or both.

Arsenal is through to the last eight alongside Chelsea, which received a perfect hat trick from former Gunner Olivier Giroud in a 5-0 rout of Dynamo Kiev (8-0 on aggregate). The draw for the quarterfinals will be on Friday.

Meanwhile, Tottenham is also still in Europe awaiting the Champions League quarterfinal draw, also on Friday. But considering Spurs haven’t played in their new stadium yet, does it even matter?