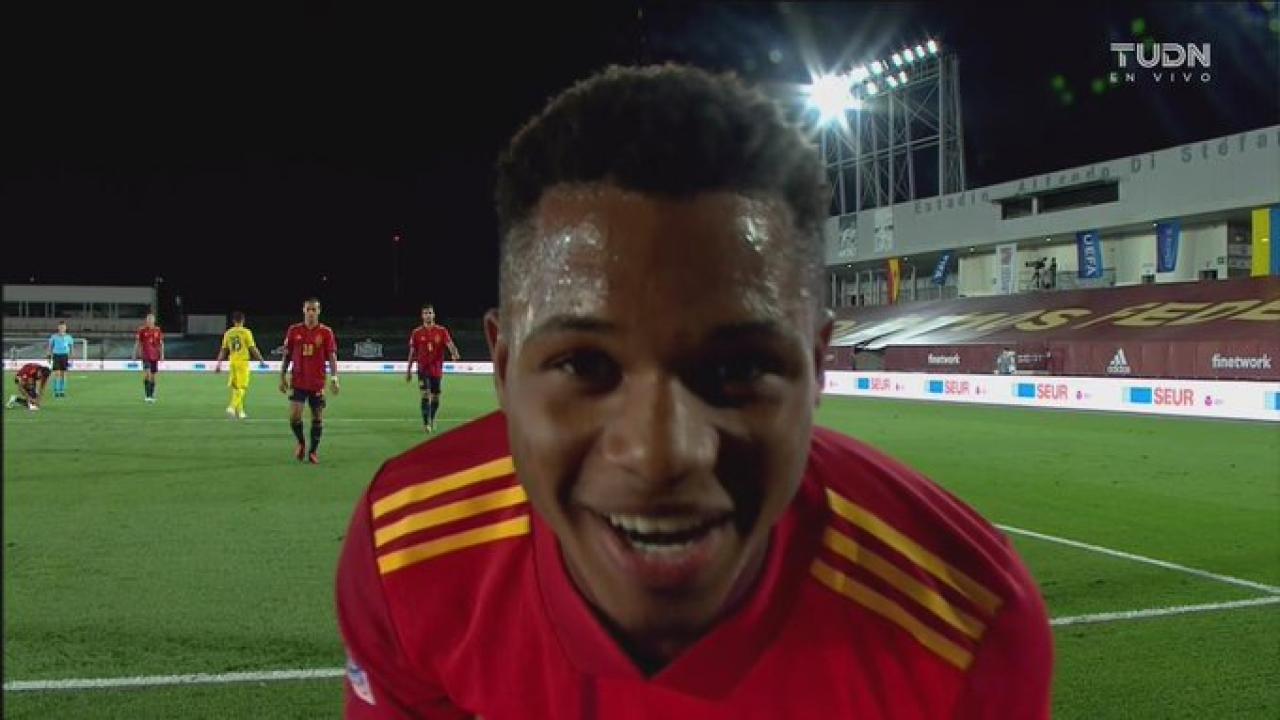 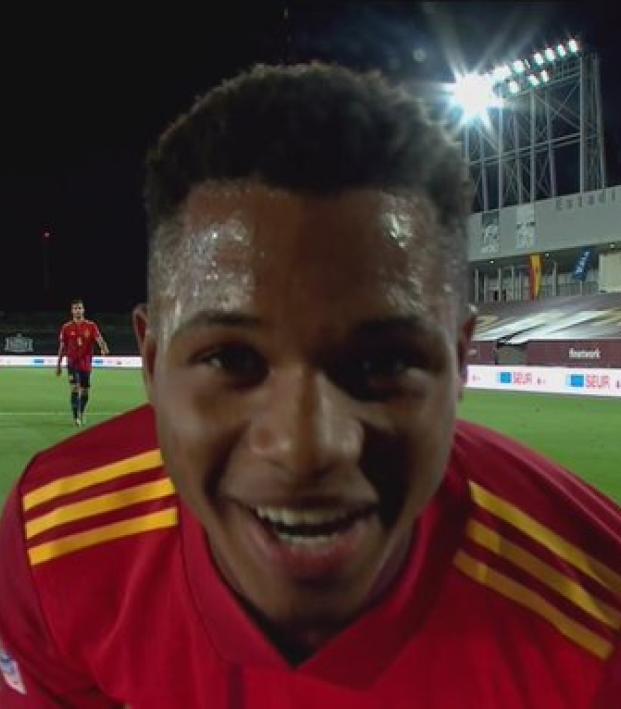 Connor Fleming September 6, 2020
The 17-year-old had a ridiculous first half versus Ukraine.

Last Thursday, 17-year-old Barcelona phenom Ansu Fati was handed his first Spain appearance as a second-half substitute during a 1-1 draw with Germany. On Sunday, Fati was given his second cap and first-ever start as Spain welcomed Ukraine to the Alfredo Di Stéfano Stadium in Madrid.

If you’re wondering what all the fuss is about, here’s the La Masia graduate’s opening 45 minutes.

It started as early as the second minute with Fati receiving possession near the midfield touchline. The teenager’s first touch was a savage nutmeg on Oleksandr Tymchyk and then he drove towards Ukraine’s area.

Next up was center back Serhiy Kryvtsov, who briefly saw the ball and stuck out his leg, but Fati had already performed a chop move and was on his way around him when Kryvtsov’s challenge finally arrived.

It was a clear penalty and Sergio Ramos duly converted from the spot.

Fati then went about finding his range.

His first shot was fired harmlessly wide from distance…

The second whistled past the post after Tymchyk was abused again…

But Fati's fourth shot could not be stopped — a right-footed curler from distance that crashed in off the far post.

At 17 years and 311 days, Fati is now the youngest goalscorer in the history of Spain’s national team.

Spain would win the match 4-0 with Ramos scoring a brace and new Manchester City signing Ferran Torres adding one late.