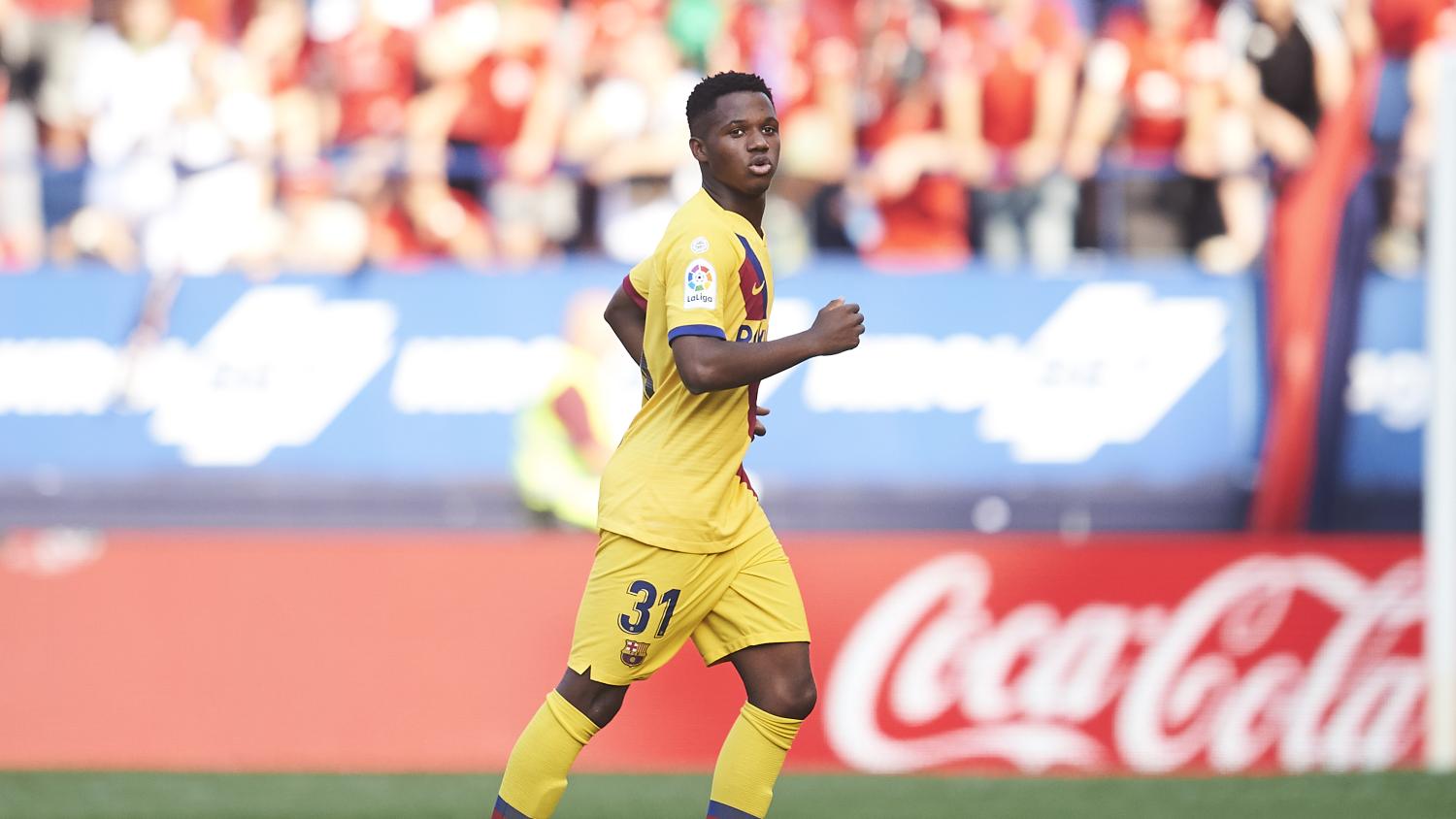 Who needs Lionel Messi when you’ve got Ansu Fati?

Well, Barcelona still needs Messi, but the Catalan club has something special in this 16-year-old forward.

With Messi out injured, Fati made his LaLiga debut last week as Antoine Griezmann stole the show.

Against Osasuna on Saturday, Fati was the star.

The youngster came on at halftime for Nelson Semedo with Barcelona trailing 1-0. Fati immediately made a difference, equalizing in the 51st minute.

The Ansu Fati first goal made him the youngest-ever goal scorer for Barcelona at 16 years and 298 days, beating Bojan Krkić, who scored at age 17 years and 53 days. Fati became the third-youngest goal scorer in LaLiga history.

While not a golazo by any means, a goal is a goal. Moving to the right place and finishing at the top level is no small feat for a teenager.

Classy as always @BoKrkic - your record is in good hands.  https://t.co/ANQZNZ1uYW

Fati was born in Guinea-Bissau but Spain is trying to get him naturalized; can you imagine what we’d be saying about this kid if he were American? Think Freddy Adu plus Christian Pulisic times 10. Fati is so young he had to ask his parents for permission to play in the night game last week, per LaLiga rules.

The goal pulled Barcelona even and Arthur put the Blaugrana in front in the 64th minute. However, a Gerard Piqué hand ball allowed Roberto Torres to score from the penalty spot, his second goal of the game, as Osasuna held on for a 2-2 draw.

Barcelona has now won one of its opening three matches as Lionel Messi returns to injury; Luis Suarez and Ousmane Dembélé are also out injured. Fati will help — especially if Neymar doesn’t join — but Barça still needs its talisman back soon.