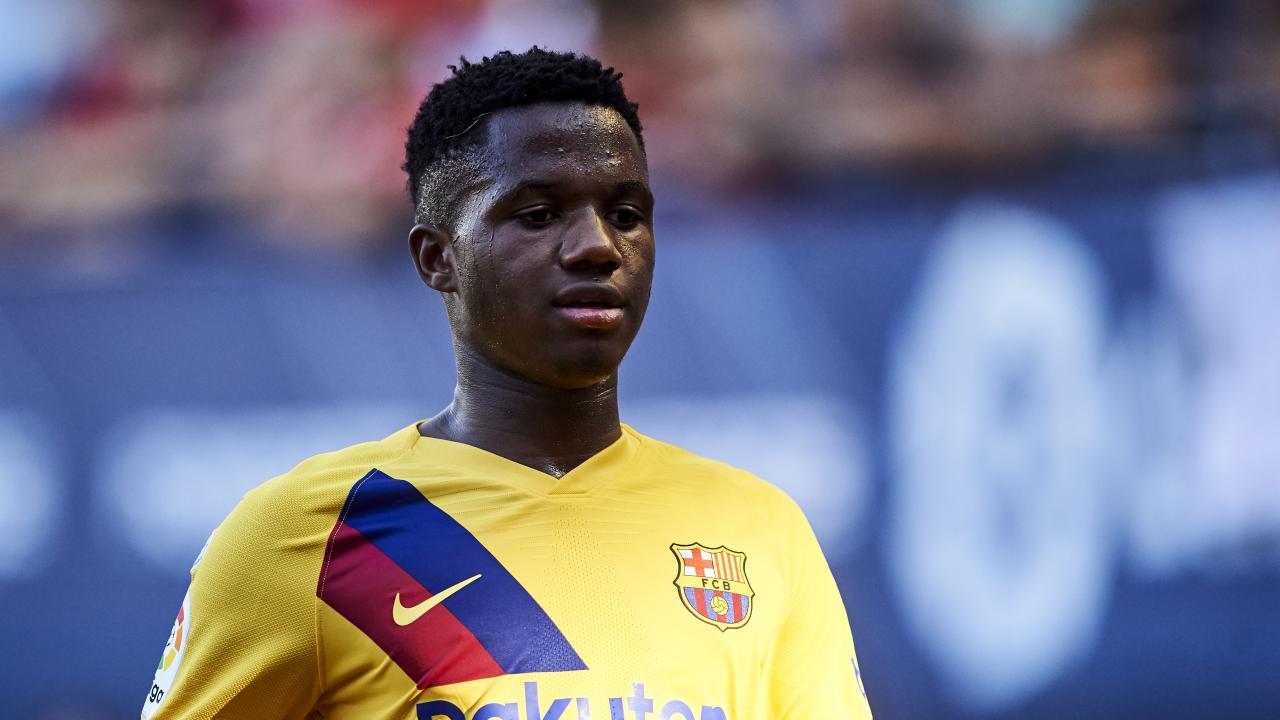 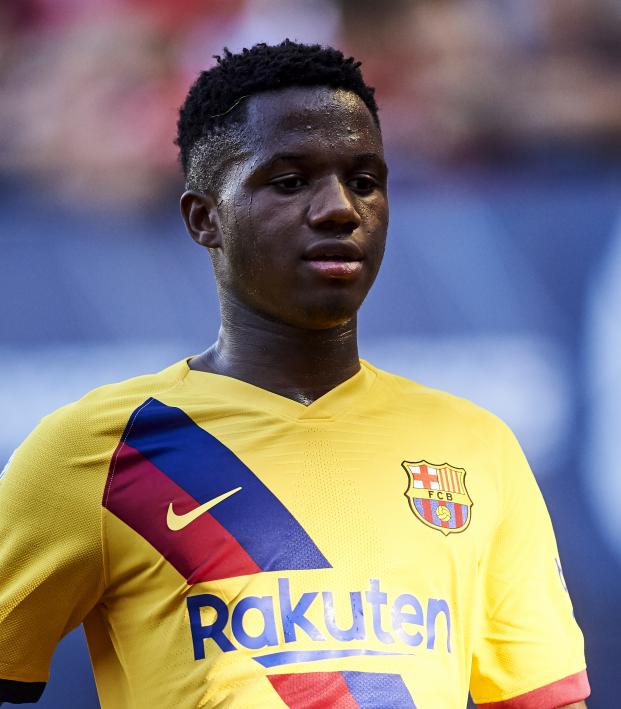 Connor Fleming September 3, 2019
Fati is making the breakthrough with Barcelona's senior team despite being only 16.

Barcelona slumped to a 2-2 draw with Osasuna on Saturday, leaving the Blaugrana in eighth place and five points back of leader Atlético Madrid following three match days. After his incredible performance against Real Betis the previous weekend, Antoine Griezmann recorded only 30 touches against Osasuna and it wasn’t until Ansu Fati and Arthur Melo were introduced that Barça looked a threatening side going forward.

After becoming Barcelona’s youngest debutant since 1941 against Betis, the 16-year-old Fati entered Saturday’s match at halftime as a replacement for Nélson Semedo. Six minutes after coming on, Fati scored with a really good header, making him Barça’s youngest-ever goalscorer and the third-youngest scorer in LaLiga history.

According to a report from Diario Gol, Lionel Messi wants to see major minutes handed to both Fati and 21-year-old winger Carles Pérez. Messi, Luis Suárez and Ousmane Dembélé are all currently out injured, which has paved the way for Barça’s youth movement.

Fati’s astronomical rise has left many scrambling for more information. The teenager was born in the African Republic of Guinea-Bissau, but he moved to Spain at the age of six and considers himself a Sevillan after spending the majority of his childhood there.

He hasn’t represented any national team yet, but he’s reportedly a major prospect for Spain’s upcoming U-17 World Cup campaign, which begins at the end of October in Brazil.

Here are some highlights from Fati’s time in La Masia. He joined Barcelona’s famed academy back in 2012 at the age of 10. His older brother, the 21-year-old Braima Fati, is also on the books with Barcelona B, the reserve team.