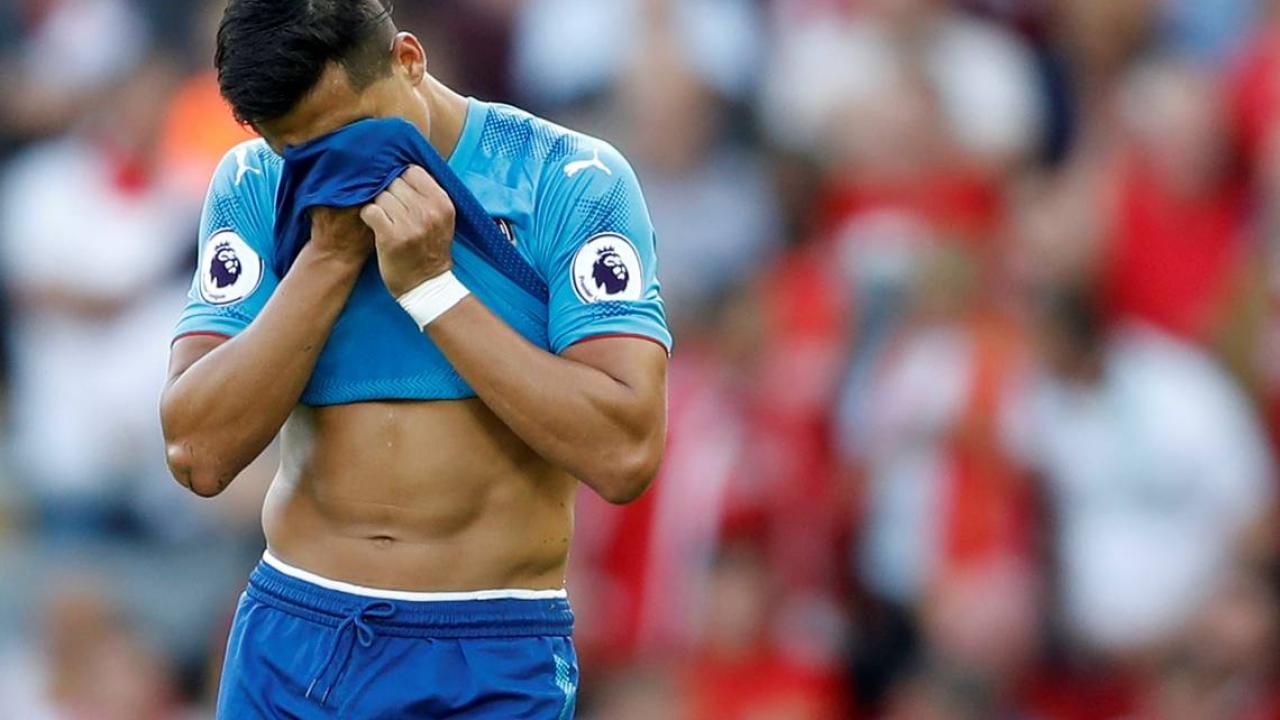 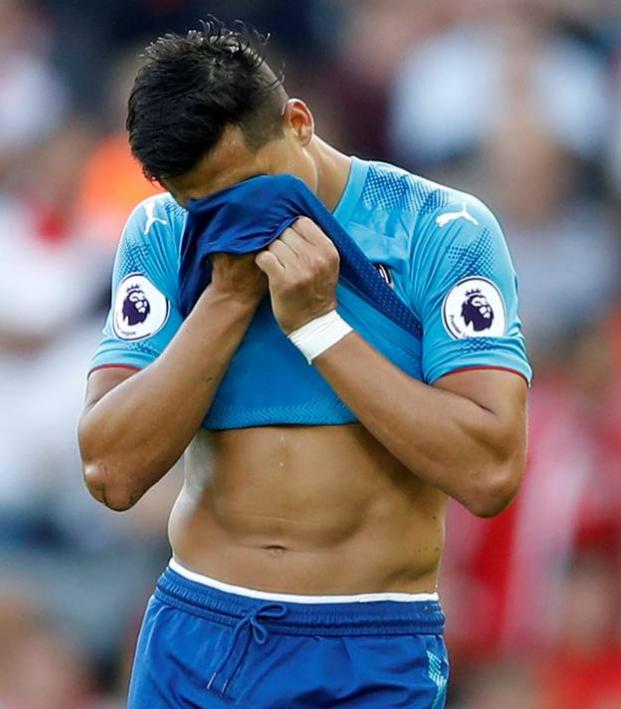 Travis Yoesting September 7, 2017
Fans of the Arsenal and Chilean star striker have figured out why he sucks lately.

Alexis Sanchez is fat and content because he’s got a hot new GF and that’s why Arsenal and Chile can’t win. At least, that’s what tens of thousands of fans are saying ahead of a planned march in Santiago to break up Alexis and his girlfriend Mayte Rodriguez.

So far more than 56,000 people have said they’ll attend a march at the Estadio Nacional de Chile and 70,000 more are interested in attending, according to the Facebook event page. 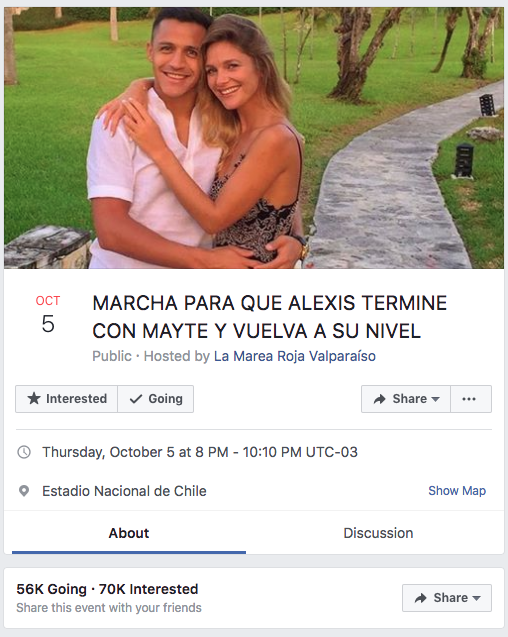 Look, we’ve all been there before. You get a new significant other and you get a little lazy. Maybe you ignore your diet a few times, miss a couple workouts, slack off at your job a little; who cares when you’re having a good time with a new love? Turns out, people care. At least when you’re an international superstar.

If you’re an international superstar, you get petitions to break up with your new flame, rallies to call for your transfer and totally uncalled for body shaming — a former coach of his, Jose Sulantay, recently said Alexis is “fatter than normal.”

Alexis announced he was dating Mayte Rodriguez, a Chilean actress, in July after the Confederations Cup, where Chile took second to Germany. Since then, it’s been downhill for his club and country.

After pushing for a move away from the Emirates, Arsenal denied Alexis a transfer to Manchester City after the Gunners were unable to lure Thomas Lemar from Monaco. Alexis made his season debut in a humiliating 4-0 loss to Liverpool as the Gunners fell to 16th in the Premier League standings to cap an awful August.

Alexis then returned to his native Chile for a couple vital World Cup qualifiers. La Roja were expected to pick up two wins hosting Paraguay and playing at Bolivia. Instead the squad capitulated with a 3-0 loss to Paraguay and 1-0 defeat to Bolivia to fall to sixth place in qualifying. Only the top four qualify automatically for Russia while the fifth-place team must face a two-legged playoff against New Zealand in November.

Before becoming official with Rodriguez, Alexis scored 24 goals to go with 10 assists to finish in the top five of both categories in the Premier League. Since then, he hasn’t scored for club or country. And worst of all, his dogs are probably jealous of Rodriguez. And as we all know, if the dogs aren't happy, ain't nobody happy.