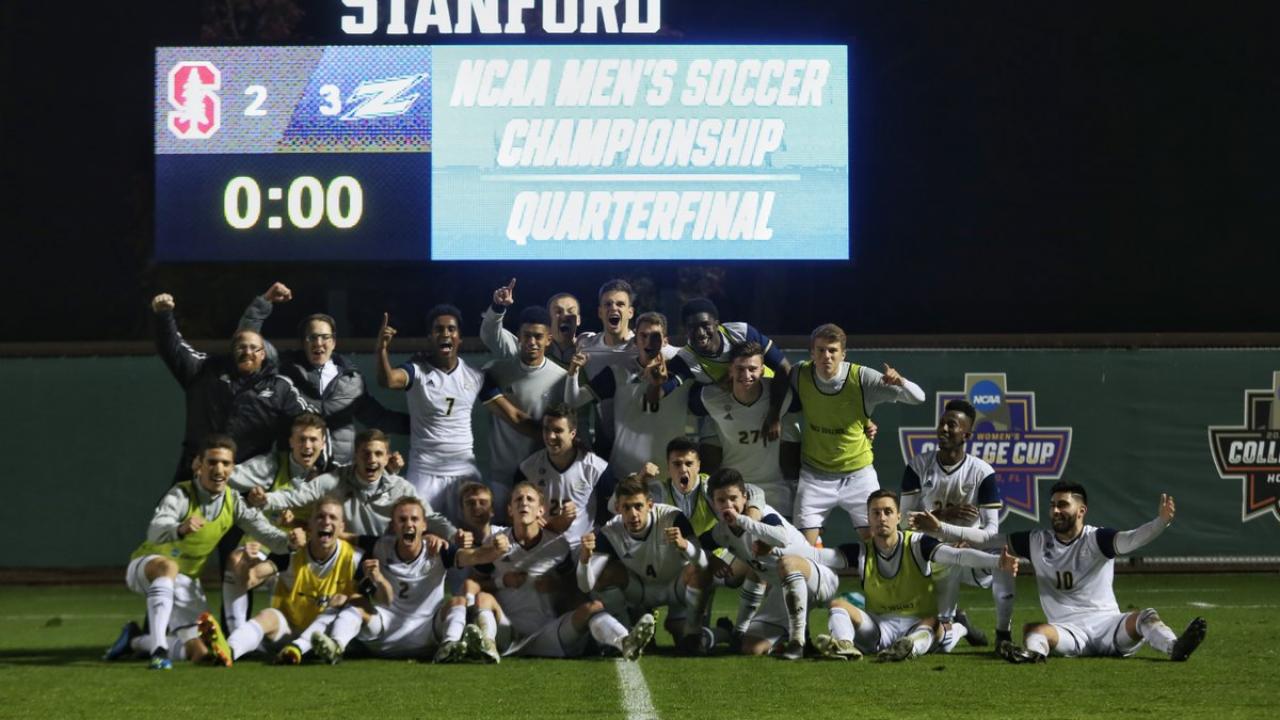 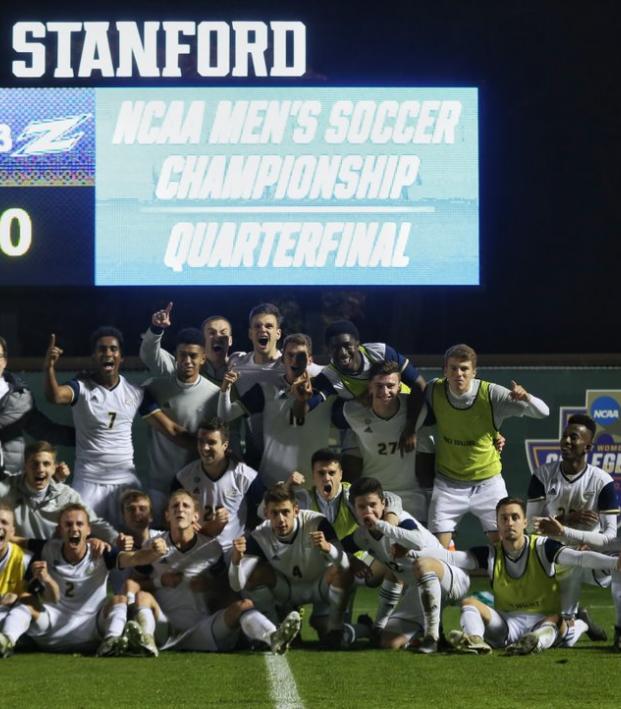 Stanford will not win a fourth straight NCAA men’s soccer title. Akron made sure of that with one of the most impressive team goals you will ever see.

Everyone loves a great team goal — the scores result not just from individual brilliance but the ability of a team to have an almost telepathic understand of how to play together. Brazil against Italy in the 1970 World Cup immediately springs to mind, as does Argentina’s 26-pass move in the 2006 World Cup. The Spanish national team, Arsenal and Barcelona have masterminded their own brilliant team goals over the years.

But this Akron goal vs Stanford was something special.

In the NCAA men’s soccer quarterfinals, with a spot in the final four on the line, Akron, the 2010 champs, went ahead with two first-half goals through Marcel Zajac. But Stanford fought back, as champions do. Tanner Beason scored on a penalty kick and Stanford equalized in the 57th minute when Zach Ryan knocked the ball in after a goal-mouth scramble following a free kick.

Then came the memorable Akron goal vs Stanford.

For 34 passes, the Zips patiently prodded the Cardinal defense, which hadn’t allowed an NCAA tournament goal in an absurd three years before Zajac broke through in the first half. Ultimately, it was Zajac who provided the final pass, heading a cross back to Colin Biros, who nodded the ball into the back of the net.

Here’s another look at the finish:

With that, Stanford (12-4-5), which won the last three national titles, had its 14-game winning streak in the NCAA tournament snapped as well as its 17-match unbeaten streak in the tournament.

And the Zips (14-6-2), who beat top-seeded Wake Forest in the prior round, advance to the final four, where they’ll play either James Madison or Michigan State next week. Akron is in the final four for the third time in four seasons, having lost to Stanford in 2015 and 2017.

Maryland and Indiana are on the other side of the bracket. The final four will be held in Santa Barbara, California, on Dec. 7 and 9.

Check out full highlights of the match here: