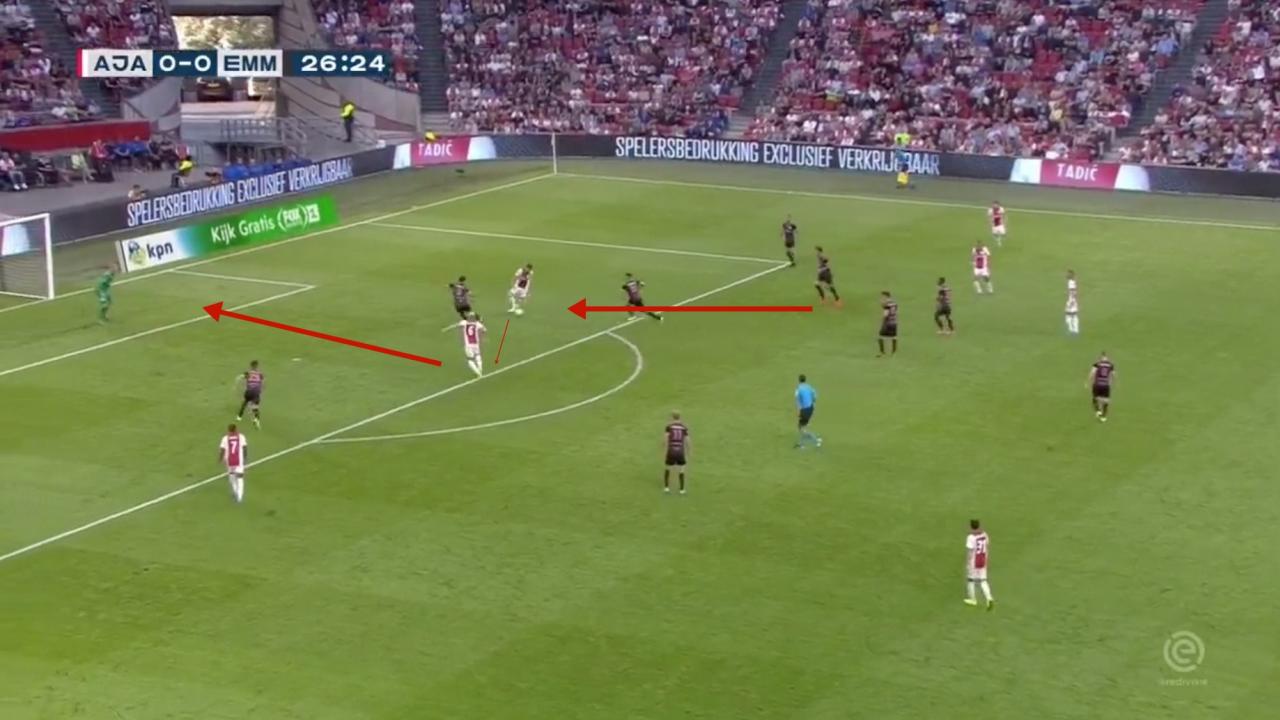 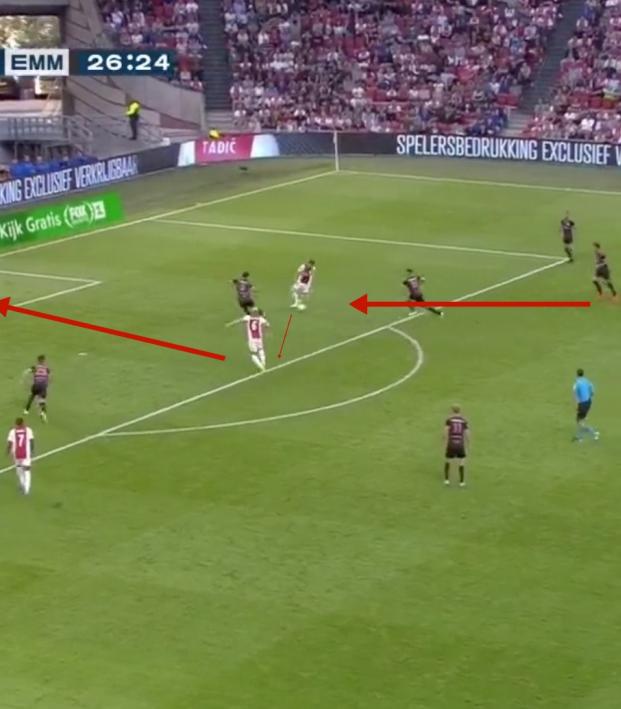 Travis Yoesting August 10, 2019
Ajax is still one of the best in the world at making the extra pass.

Frenkie de Jong and Matthijs de Ligt are gone, sold to Barcelona and Juventus, respectively, for a combined $183 million.

But Ajax can still score some of the prettiest team goals in Euope.

The Dutch champions, who came within a whisker of the Champions League final last season, routed FC Emmen VV 5-0 on Saturday at Amsterdam ArenA in the Eredivisie, with four goals resulting from the home side making the extra pass.

Donny van de Beek opened the scoring in the 27th minute following some intricate passing from the home side.

Hakim Ziyech made it 2-0 moments into the second half, as Ajax once more showed why making that extra pass is so vital.

Next it was Dusan Tadic’s turn to finish a team move. This one required a bit of luck as the ball bounced off a defender, the goalie and the post before Tadic tapped in, but it was the result of a patient build up.

A second-half sub, Klaas-Jan Huntelaar poked home the fourth goal in the 80th minute as Ajax was dominating possession.

But Huntelaar proved they can’t all be brilliant team goals. He completed the scoring after getting on the end of a long through ball. His first effort was saved, but he headed in the rebound for the game’s least interesting goal.

New El Tri signing Edson Álvarez did not make an appearance in the match, but young American Sergino Dest came on in the 54th minute for Ajax, which has had a rough start to the season. The Amsterdam club drew with Vitesse in the Eredivisie opener and tied PAOK 2-2 in the Champions League third-round qualifying first leg.