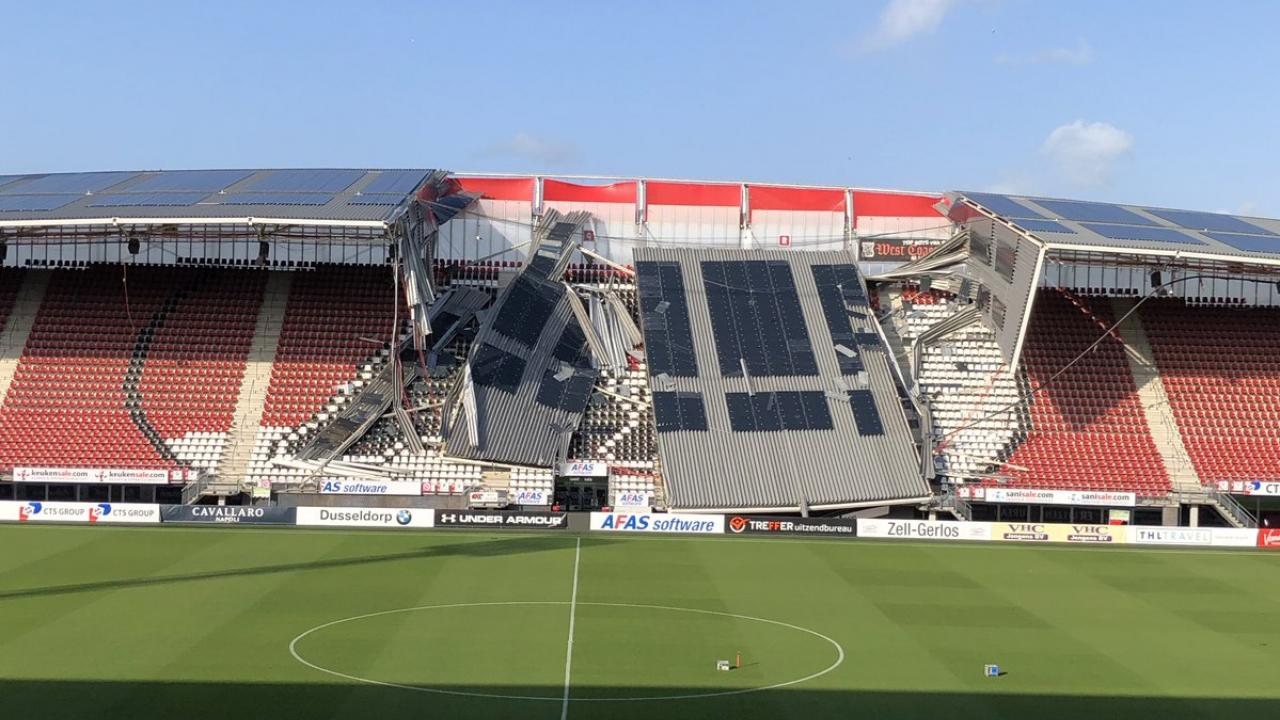 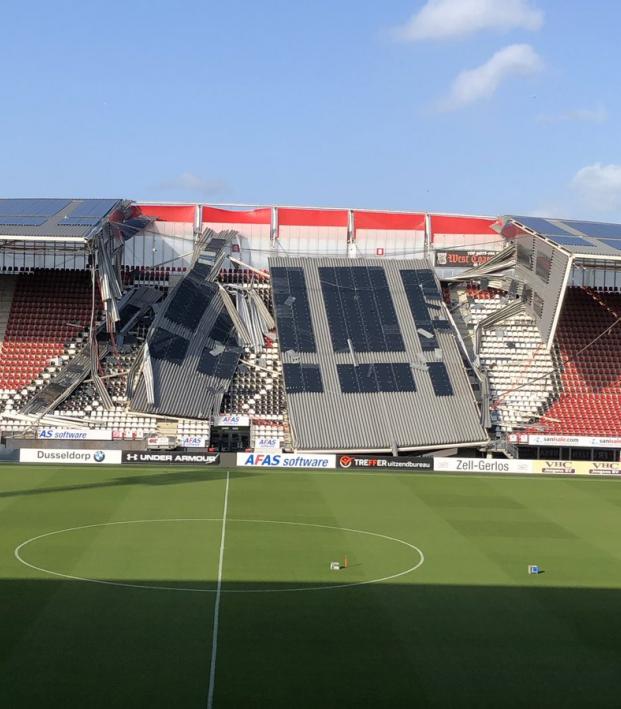 Travis Yoesting August 10, 2019
Fortunately, no one was injured.

A section of the roof on AZ Alkmaar’s stadium collapsed under high winds on Saturday. Fortunately, no one was injured.

AZ Alkmaar, the former club of Jozy Altidore and Héctor Moreno,  plays at RKC Waalwijk in the Eredivisie on Sunday, so no one was at the stadium at the time of the collapse.

“This surprised us all; we are very shocked, but especially happy that no human suffering has taken place,” AZ executive director Robert Eenhoorn said. “No matches will be played in the stadium if the situation is not safe. As soon as more is clear about our upcoming matches, we will report that as soon as possible.”

Photos of the roof broken on a large section of seats show just how dangerous this could have been had AZ been playing on Saturday when the winds picked up.

AZ began the Eredivisie campaign with a 4-0 win over Fortuna Sittard on Sunday. The club’s next home game is a Europa League qualifier against Mariupol on Thursday. The club’s drew the first leg 0-0 in Ukraine.