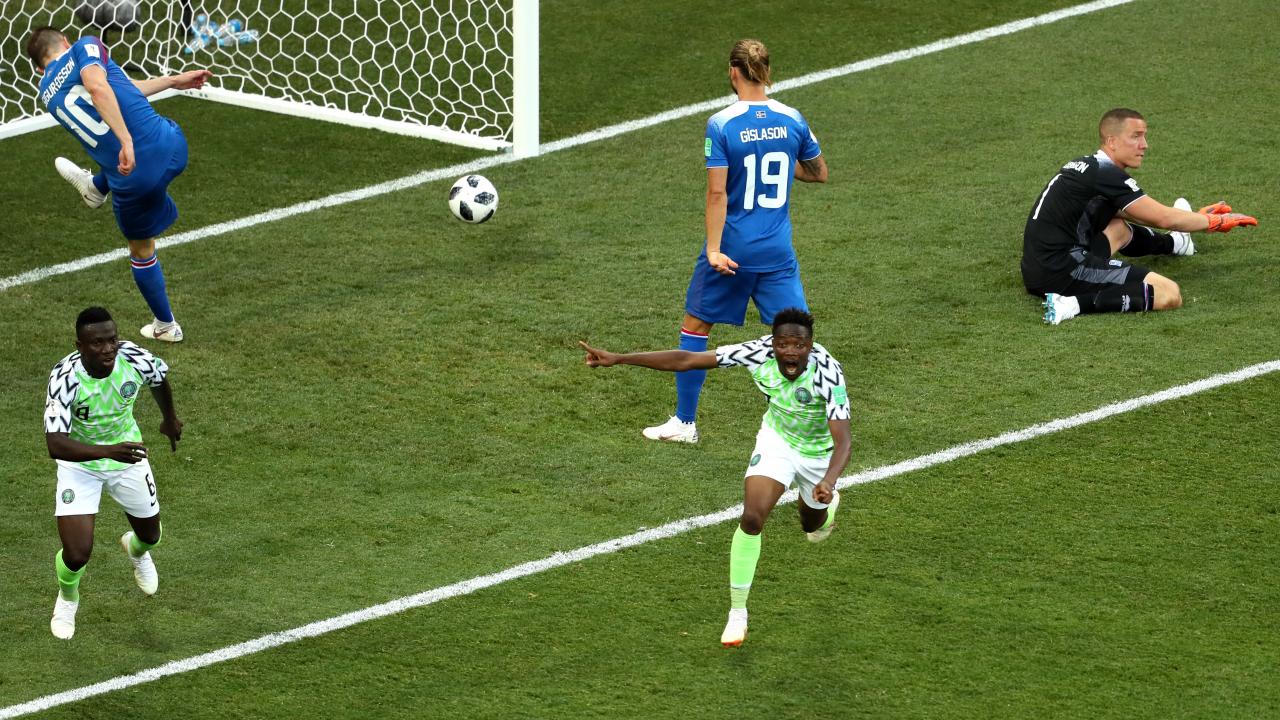 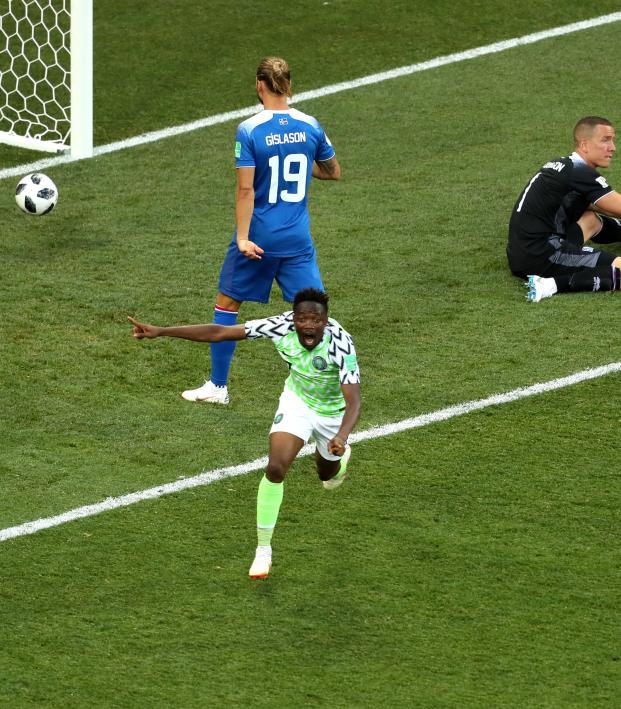 Travis Yoesting June 22, 2018
Nigeria helped itself with a 2-0 win over Iceland, but the win gives Argentina a clear path to the second round.

It turns out, Nigeria is more than just a pretty uniform. They’ve got Ahmed Musa.

After looking inept in a loss to Croatia to open the World Cup, the Super Eagles were flying against Iceland. Ahmed Musa scored two goals in a 2-0 win on Friday, succeeding where Lionel Messi and Argentina failed, but at the same time giving hope to La Albiceleste that they can advance through the group stage.

After Argentina’s stunning 3-0 loss to Croatia on Thursday, Messi fans everywhere jumped on the Nigeria bandwagon, knowing a win for the Super Eagles would provide the clearest path for Argentina to advance in Group D. Nigeria obliged with an impressive performance and a stark reminder that every match is different.

Croatia had dominated Nigeria, not allowing the Super Eagles’ talented young attackers to get on the ball in dangerous places. Against Iceland, Leicester City's Ahmed Musa showed what happens when Nigeria gets forward with pace.

Iceland is at its best when it’s defending, but early in the second half the team pushed too many players forward for a corner kick. That left them exposed to a counter attack and Ahmed Musa punished them.

Victor Moses streaked down the right wing before sending the ball in to Musa, whose first touch popped up perfectly for him to slam in the first goal of the match in the 49th minute.

Iceland couldn’t afford to lose this match and thus pushed forward for an equalizer and was again caught on the break in the 75th minute. Again it was Ahmed Musa who scored the goal with a calm, composed finish after dribbling past the goalkeeper that days earlier had denied a Lionel Messi penalty kick.

Iceland received a lifeline when VAR helped award a penalty kick in the 81st minute following a poor decision by a Nigerian defender in his own box. But Gylfi Sigurdsson skied the penalty over the bar and the Super Eagles maintained their 2-0 lead. It was a flip of the script from Iceland’s first game, when a save penalty aided a 1-1 draw with Argentina.

As much as Africans everywhere will celebrate the continent’s second win of the tournament, Argentina fans will also be thanking the Super Eagles for their efforts. An Iceland win wouldn't have eliminated Argentina, but this result was the best possible scenario for Messi. As the group now stands, a win by Argentina against Nigeria would likely be enough to see La Albiceleste advance as the second-place team in the group, assuming Iceland doesn’t get an equal or better result against Croatia.

Final round of fixtures:#NGA vs #ARG #ISL vs #CRO #WorldCup pic.twitter.com/vtf4k3h56S

You have to wonder if Croatia will rest its stars and give Iceland a chance to keep Argentina out of the group stage. Either way, the last day of matches on Tuesday should be lit.