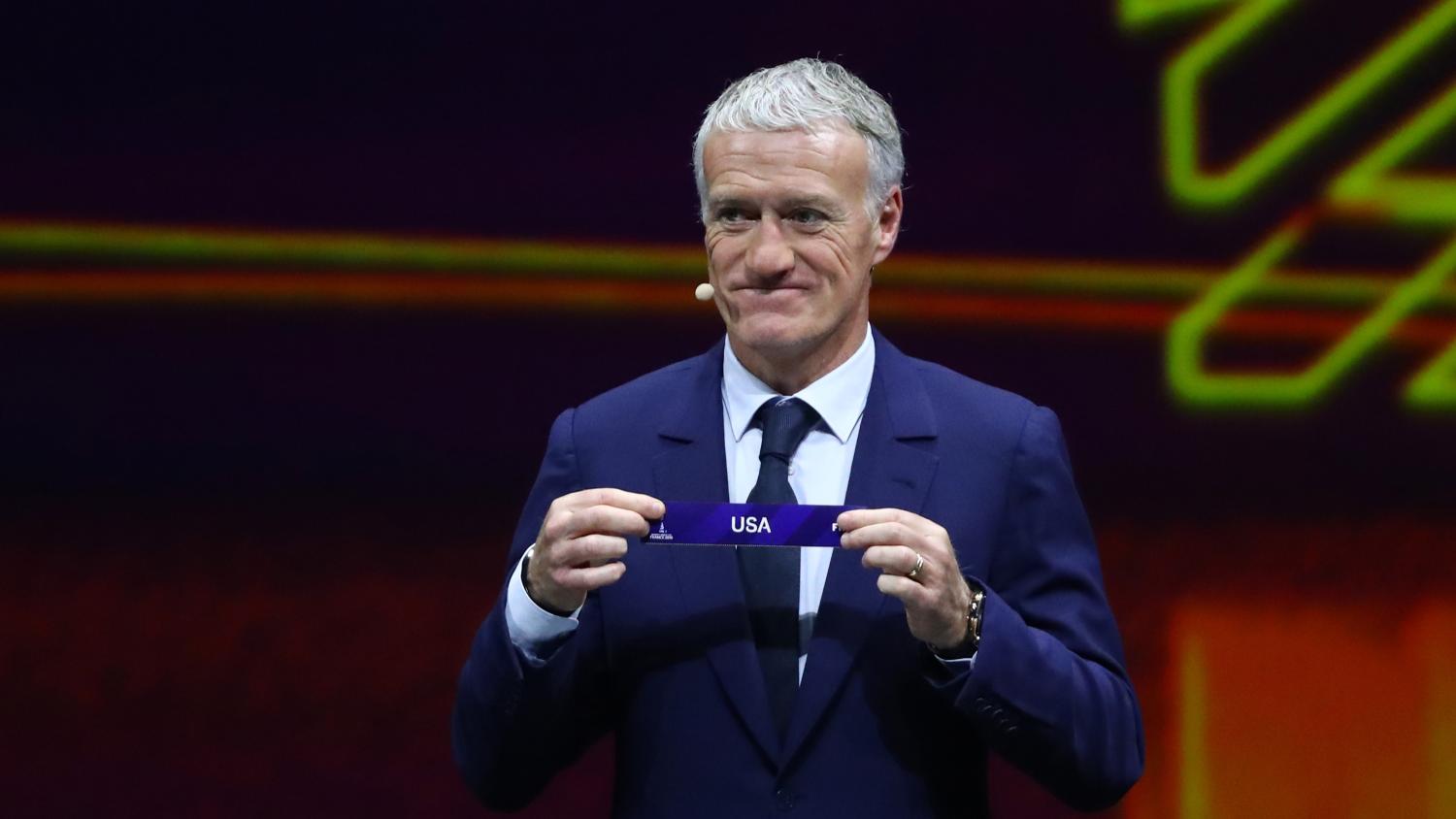 The U.S. will face Chile, Thailand and Sweden in Group F, but it will get much harder in the knockout rounds.
Getty Images

The United States women’s national team is a favorite to win a record fourth Women’s World Cup next summer. After the 2019 Women's World Cup draw on Saturday, that status as favorite only increased, though the path after the group stage won’t be easy.

The USWNT was given a fairly easy group as things go for the tournament next summer in France. The reigning champions were placed in Group F along with Chile, Thailand and Sweden.

At No. 9, Sweden is the toughest opponent in the group by far and knocked the U.S. out of the 2016 Olympics. Thailand comes in at No. 29 in the world while Chile is No. 38 — and the U.S. routed the South Americans twice this fall. In comparison, every other other group included three teams ranked 20 or below.

The U.S. will face tougher competition in its preparations for the World Cup.

Travel-wise, the team (and fans in France) won’t have to go too far for all three group-stage matches, which will be played in the north of France in Reims, Paris and Le Havre.

It's all locked in for the #USWNT.

The USWNT could have faced a group with the likes of the Netherlands (No. 7) and Italy (No. 16). While Sweden will pose a challenge, given the top two advance and four of six third-place teams, it would be a massive shock if the U.S. failed to advance.

Groups A, B and C all look tough (poor Jamaica). Some interesting group-stage matchups include:

Saturday’s 2019 Women's World Cup draw was broadcast on FS2 because Fox apparently doesn’t care as much about women as it does about men, for whom the draw was broadcast on FS1. Instead, Fox showed an NCAA men’s basketball game between South Carolina and Michigan, a game that doesn’t really matter all that much since no one really pays attention to college basketball until January or February.

The broadcast then was a bit obnoxious, through no fault of Fox’s, with FIFA trying to put some pomp into the ceremony of the draw with some boring performances that only served to annoy fans who just wanted to find out who was playing where.

After what seemed like an eternity, the 2019 Women's World Cup Draw finally took place, doling out the 24 teams into their group spots.

While Group F won’t scare anyone in the U.S., it’s not going to be a complete cakewalk. Sweden will push the U.S. for the top spot, though by the time they play both will probably have clinched qualification to the knockout rounds. Thailand can’t be overlooked after getting its first World Cup win in 2015 (over Ivory Coast). Chile, despite losing 3-0 and 4-0 to the U.S. this year, frustrated the Americans at times in those matches and will be pumped up playing in their first World Cup.

But it's not all good news.

The Group F winner is one of just two group winners that doesn’t play a third-place team. The Group F winner faces the runner-up from Group E, which means a potential meeting against either Canada (No. 5) or the Netherlands (No. 7) in the Round of 16.

Canada is one of the toughest teams in the world and knows the U.S. well enough to not be afraid of a matchup in France. The Netherlands is the reigning European champion and features some of the most talented attackers in the world, including Lieke Martens.

After that, the U.S. would probably face the winner of Group B, likely second-ranked Germany but maybe Spain (No. 12). The semifinal would likely be against one of Brazil, Australia, Canada or the Netherlands.

One small consolation about this tough knockout stage path is the U.S. will avoid host France (No. 3) until the final, unless France finishes third in its group.

With the 2019 Women's World Cup draw now set in stone, we now must wait 185 days for kickoff, as France faces South Korea in the tournament opener on June 7.