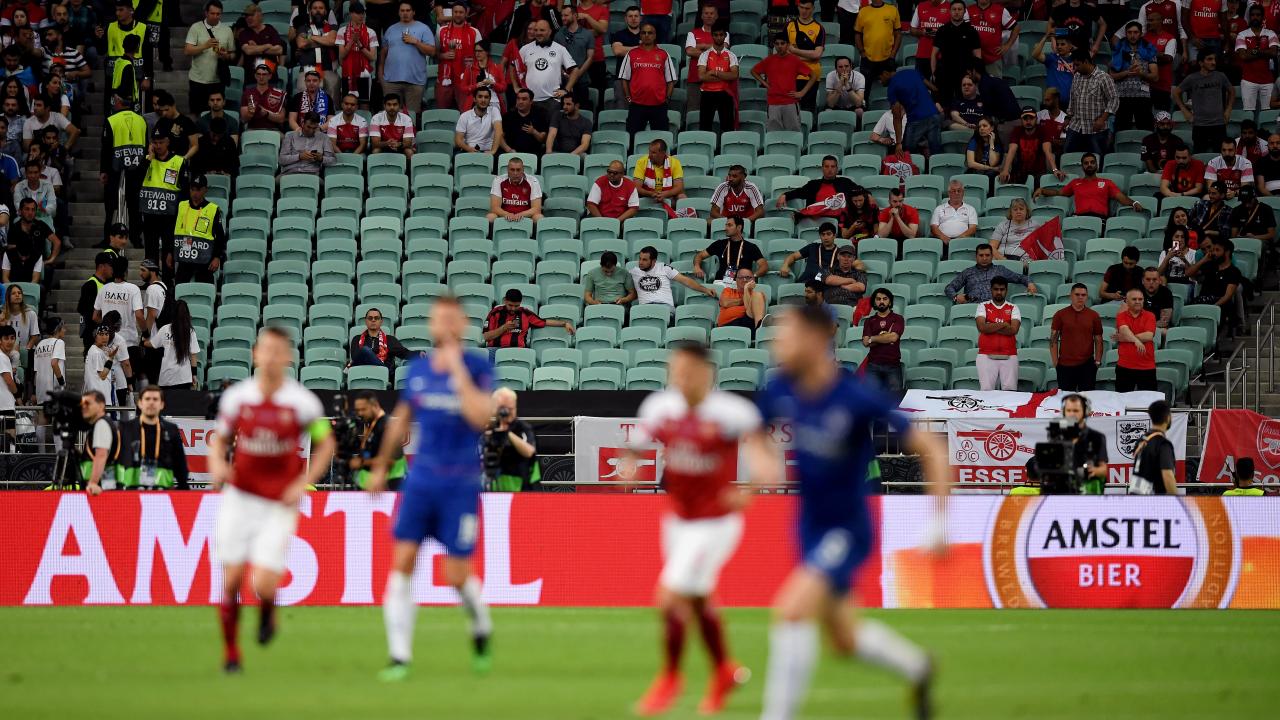 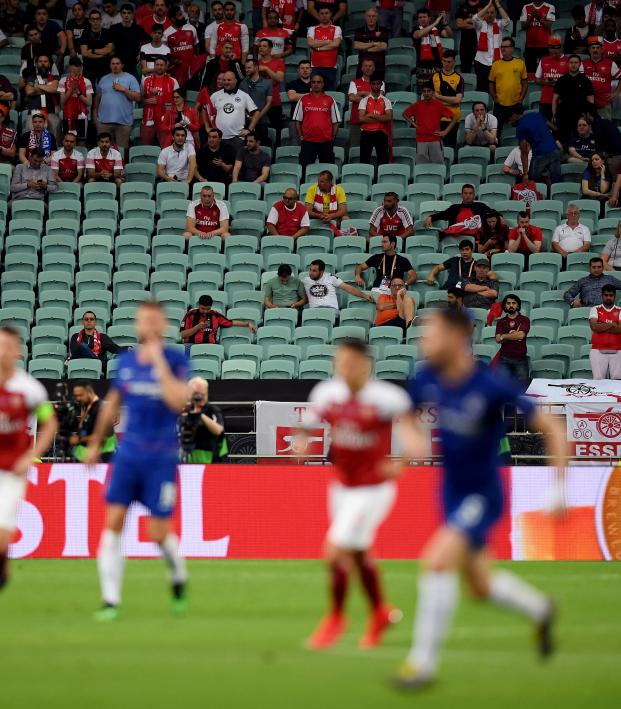 The opening stages of the Europa League final at the Olympic Stadium in Baku, Azerbaijan, weren’t enough to save the match from the derision that’s threatened to overwhelm the occasion since Arsenal and Chelsea were confirmed finalists.

The absence of Gunners playmaker Henrikh Mkhitaryan — who’s provided three assists in 11 appearances — due to ongoing tensions between the host country and Mkhitaryan’s native Armenia is a travesty of sporting oversight from UEFA, but he’s not the only notable absence of the 2,500-mile journey from London to Baku: The Olympic Stadium has a capacity of 69,870 and roughly 10,000 of those seats are unoccupied after Arsenal and Chelsea sent contingents of only 3,000 supporters each.

A lot of empty seats in Baku. This really isn’t a good look for UEFA. pic.twitter.com/BujGSD5gPG

If there’s one positive to the poor attendance this evening, it’s that hopefully UEFA learns a lesson and hosts future finals in stadiums that fans can actually travel to. pic.twitter.com/kwuuRKxQWB

Stu Holden tried to pump us up on TNT by saying that “bragging rights are on the line,” which feels a lot more like the pregame hype for “The Match: Tiger vs. Phil”.

The atmosphere inside the stadium was hardly a cauldron of noise once the ball got rolling.

You travel all that way to watch a European final and when you sit in your seat you’re not much closer to the pitch than when you left home.

This all feels about as exciting as if NIT Finals were about to tip off... in Baku

It’s all added up to feeling like one giant cosmic joke.

Has the game lived up to your expectations yet, Auba? pic.twitter.com/tnKEpZlQWx

And although English clubs have traditionally done nothing but scoff at the Europa League — particularly these two, who comprised half of the “Big Four” dominance of the 2000s — it’s not even a pleasant viewing experience for those at home.

I know Baku is far away, but they could have let the TV cameras into Azerbaijan.

Trying to pick out players on TV while watching the #UELfinal pic.twitter.com/8YIlqktq42