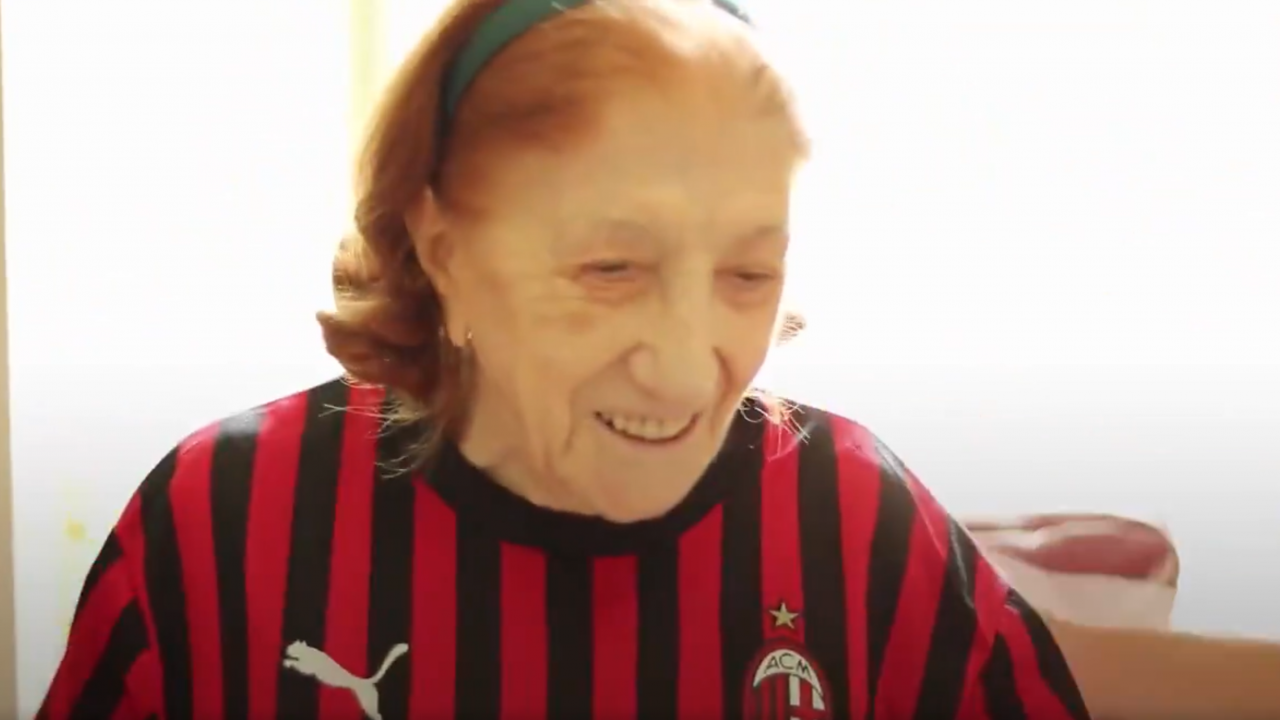 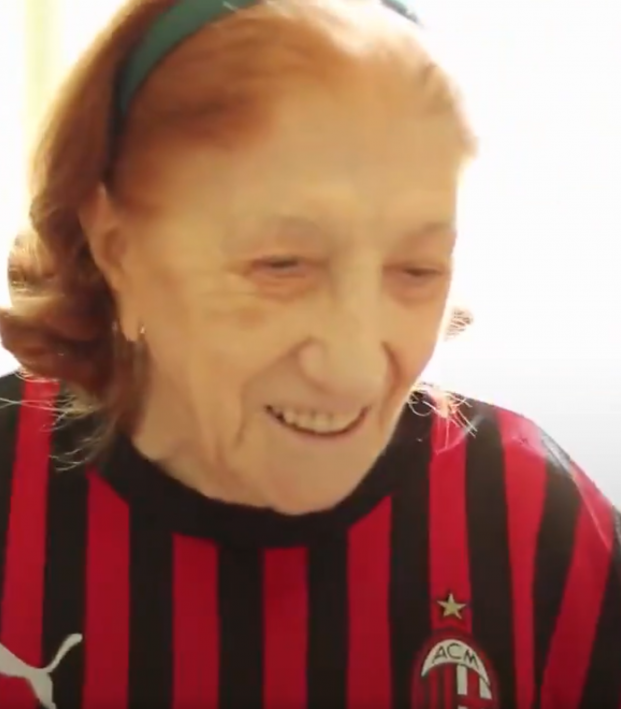 Jack Moodey September 11, 2019
This video will melt your heart.

AC Milan warmed the heart of the Twitter-sphere this week, posting a video of Ines, a 100-year-old Milan fan who recieved a customized jersey signed by the entire team for her birthday.

We're not crying, you are
Check out the surprise we made to 100-year-old Ines, who has been supporting us for more than 80 years

The video, which was filmed by a member of Ines' family, captures Ines opening the gift while discussing life as a Milanista. The video itself is adorable; Ines is delighted that Milan gave her the "nicer silk jersey," so much so that she doesn't even notice the entire squad has signed the back of it.

Ines has been a Milan fan for more than 80 years, meaning that she has been there for almost all of the major moments of the club's history. It's no surprise that her favorite players come from Milan's "immortals" team of the late 80s and early 90s, listing Paolo Maldini, Franco Baresi and Alessandro Costacurta as examples. She also noted that she likes former Milan midfielder and coach Gennaro Gattuso because he is "such a nice person."

Her message to the team is simple: "Wow, so thoughful of my dear boys. My dear boys! Please play well, you are my consolation. Make me proud!"

After a rocky start to its Serie A season, AC Milan will likely take all the support it can get. The Rossoneri lost their season opener 1-0 to a medicore Udinese side, failing to record a singe shot on target despite having 60 percent of the posession. Milan managed to scrape away a 1-0 win against newly promoted Brescia in its Week 2 match, but the fact that the match could've gone either way is certainly worrying for Milan. Next Sunday's game against Verona should be an excellent test for the squad; the northern Italian side is in excellent form and is undefeated over the first two weeks of the season.

Needless to say Ines will be cheering the team on no matter the result.