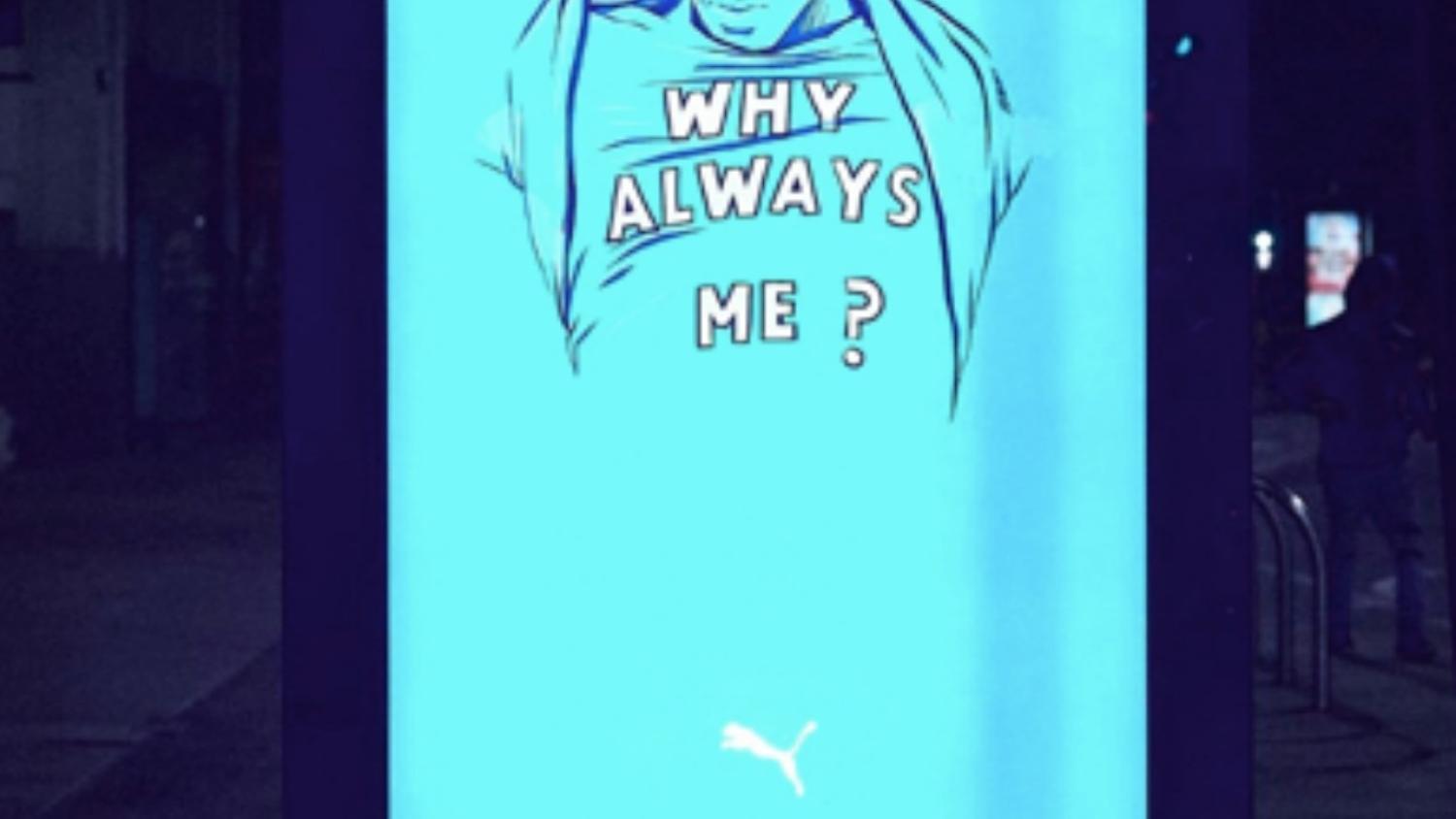 For the longest time, those that weren’t particularly enamored with the Abu Dhabi Royal Family Sky Blues steamrolling their way to three EPL titles in seven years had one piece of consolation: Since the club’s last First Division title hadn’t come since 1968 and since they’d spent so long in the shadow of neighbors Manchester United, City was viewed as a team without fans (at least when compared to United, Arsenal, Liverpool and Chelsea).

It’s stadium was given the moniker the “Emptyhad” and we could all stomach the sight of Sergio Agüero scoring hundreds of goals and Vincent Kompany’s Mars Attacks! inspired forehead safe in the knowledge that we'd never meet a City fan on the street.

But it’s now been over 10 years since a 24-year-old Robinho completed a wtf, $43 million transfer from Real Madrid to Greater Manchester, and the club is now a global force valued at nearly $645 million (the fifth-highest valuation on the planet).

But when it comes to the business metrics of jersey sales and all that, I know nothing. Puma, on the other hand, knows a lot — in fact, they know enough to come to the conclusion that it’s a fine deal to produce City’s jerseys over the next 10 years for $863 million. City must now have a lot of fans.

Outside of the EPL, it’s topped only by the $1.2 billion deal that Real Madrid signed with adidas last November and the yearly paycheck of $176 million that Barcelona collects from Nike.

As far as City has come over the past decade, Puma expects the next one to be even grander with Pep Guardiola currently tied down through the 2020-21 season.

“There’s no doubt from a global point of view that the Premier League has the biggest international impact so if you have the best club they will be the most important club,” said Puma CEO Bjorn Gulden. “I think the fans globally like to see interesting and attacking football and City and Pep have that image. A lot of it has to do with the history of these guys coming from Barcelona and Pep as a personality is a positive thing. But I think that you look at the players — it’s going to be a brand leader of course.”

City has a few Puma players on the books as well, including Agüero, Kompany and David Silva. Club legend Mario Balotelli is also a Puma athlete, and yes, he’s a club legend.

The deal will also affect the other clubs under the City Football Group umbrella, including Melbourne City, Girona, Atletico Torque and Sichuan Jiuniu.

MLS’s New York City FC, however, will still have its kits produced by adidas due to the company’s sponsorship of the entire league.