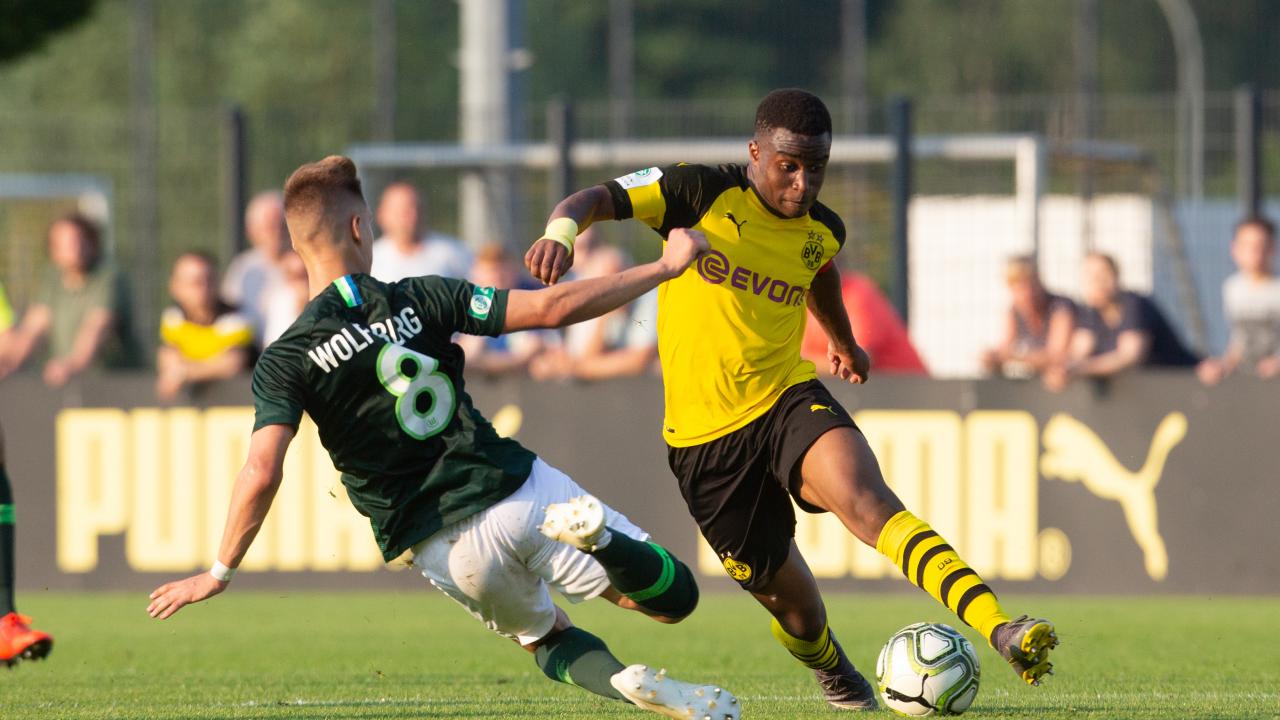 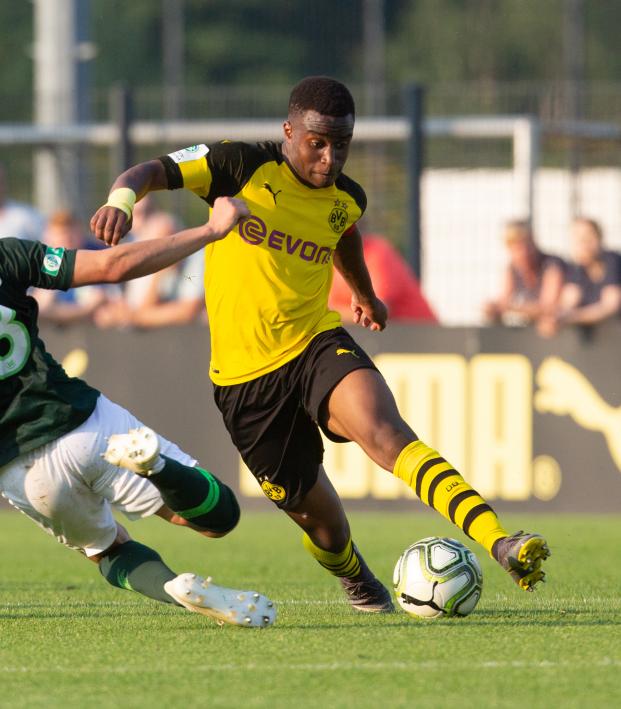 Youssoufa Moukoko: The Best 14-Year-Old Soccer Player On The Planet

Dortmund has another wunderkind in the works. Youssoufa Moukoko, who has been tearing apart the U-17 league, has now at just 14 been promoted to the U-19 team.

Moukoko scored an insane 50 goals in 28 games this season, and that’s while playing in a league of players who are several years older than him. His performances with Dortmund U-17s were so impressive that other coaches started claiming that the German-Cameroonian was not actually 14 years old and that his father had forged his birth certificate in order to improve his value on the soccer market. However, the German FA investigated these claims and found no signs of age-fraud, so it seems like this kid’s talent is legit.

The future is now pic.twitter.com/qQ3wtTg2oo

Nike certainly believes in Moukoko, the 14-year-old has apparently signed a contract with the sports industry giant rumored to be worth anywhere between $1-10 million.

Barcelona has also expressed its interest, although Dortmund as of now seems to have no intention of selling.

Borussia Dortmund's 14-year-old forward Youssoufa Moukoko has signed a long-term sponsorship deal with Nike that could see him earn up to 10 million Euros.

Before anybody says that Moukoko is just the next Freddy Adu and that he will bust, I want to note that Dortmund has treated the development of Moukoko very differently than that of Adu. For one, Adu was placed into the first team less than a year after joining, whereas after being a part of Dortmund for three years, Moukoko is only now just joining the U-19s.

Also, Dortmund is widely considered one of the best academies for developing young players, so Moukoko, in many respects, is in the best possible situation he could be in given his talent and age. One thing is certain: Just like Adu, expect all eyes to be on Moukoko in the near future.

The youngest player to play a match with Borussia Dortmund’s first team is Nuri Sahin, who debuted at 16 years, one month old. Given Moukoko’s current trajectory, expect Moukoko to smash Sahin’s record sometime in the next few years.

Today, but in 2005, Nuri Şahin made his BVB debut and became the youngest #Bundesliga player of all time! #BVB pic.twitter.com/yUt1XT5ubY