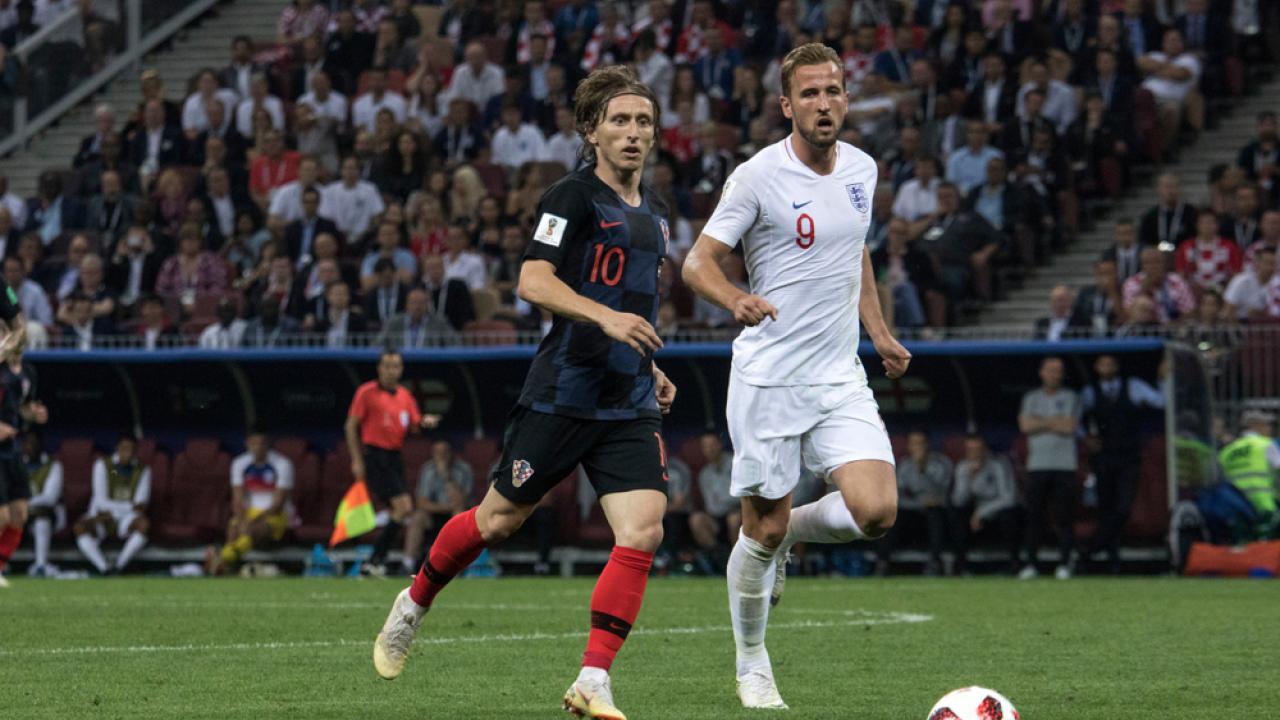 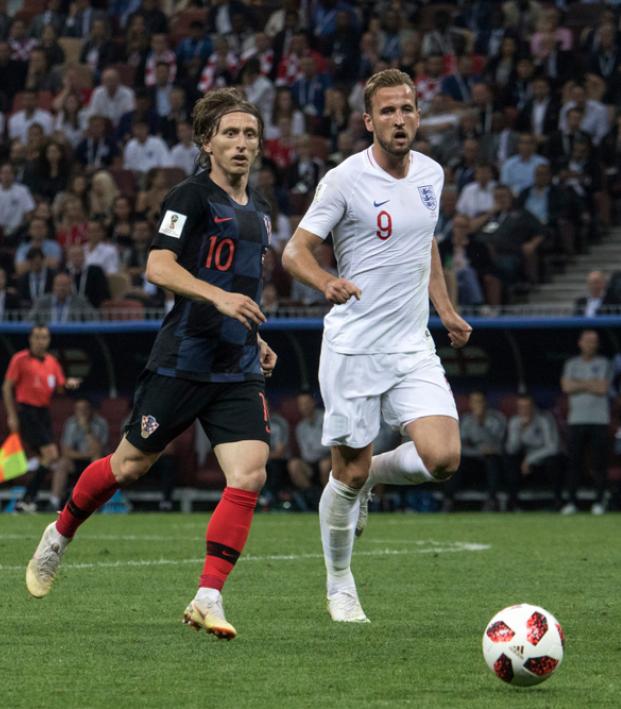 We’re down to the final two. Well, technically still four because there's the game that everyone is dying to watch: the third place playoff! We’re just kidding, because that'll probably be another 90-minute rerun of the group stage match with both teams shoving out their B teams.

On a more important note, we have a World Cup final to get excited about. France takes on Croatia in a match that, to be honest, not many people saw coming. A lot of people predicted France to win it all, including EA Sports, while the resident geniuses here at The18 told everyone last year that Croatia could win the World Cup.

But before we can get to the final, let’s look back at the top players of the semifinals. If you’re a Belgium or England fan, I can understand you probably don’t want to hear about the matches ever again, but for fans of Les Bleus and Croatia, soak it up while you can.

Here is our second-last edition of The18’s best XI, with this one being for the semifinals. I don’t think I need to tell you what formation it is again if you've been a frequent reader of our best XIs.

Controversial pick, I know. But, Courtois made some huge saves throughout the match to keep Belgium in it. Unfortunately he couldn’t stop a bullet header from Samuel Umtiti, but Courtois showed his quality in net by coming up clutch with saves from Benjamin Pavard and Corentin Tolisso. One of Belgium’s standout players in the last two games.

Trippier has been, in my opinion, the best defender at the World Cup. His crossing, passing and defending has been nothing short of incredible in Russia. He scored an absolute belter of a free kick, reminiscent of his idol David Beckham, for the opening goal against Croatia, but sadly had to leave the field injured deep in extra-time.

Umtiti scored the only goal against Belgium, booking France's spot in the World Cup final. He did have a few nervy moments early on in the game with some poor clearances, but eventually grew into the match and kept Romelu Lukaku very quiet.

Get off him Fellaini!
Samuel Umtiti wasn't having the best game and gives Les Blues a 1-0 lead.pic.twitter.com/ycnZYG8e8E
Via: @TelemundoSports

Lovren was torn apart by Harry Kane when Tottenham thrashed Liverpool 4-1 in the Premier League, as he was substituted off the field just 30 minutes in. However, Lovren was on another level yesterday, as he forced Kane to drop deeper and deeper into England’s midfield to get on the ball and start the attack. An assured performance from Lovren, who's come a long way from being the scapegoat for Liverpool. That’s two finals in one season for Lovren now too.

Dejan Lovren... The best center back on the planet? pic.twitter.com/GBYae6MAab

Vida was whistled by Russian fans after his controversial comments earlier this week, but he did not let that stop him from keeping England’s attack at bay. Raheem Sterling posed a few problems for Vida, but he dealt with them. If he could just fix up that horrific haircut, then all will be OK.

I don’t know what N’Golo Kante can’t do. He covers just about every blade of grass on the pitch, pops up wherever the ball is and reads the play to perfection. I’m running out of superlatives for the little Frenchman considering he is either in our best XI or in the honorable mentions for each round.

Modric has been an inspirational leader for Croatia at the World Cup. He can start the play from deep or further up the field and runs the show with ease. Modric, at the ripe age of 32, has been like the Duracell bunny — he runs around with plenty of energy. Eventually he did get substituted off in extra time, but he provided a true captain’s performance.

Rakitic also was a vital cog in Croatia’s midfield, operating a little deeper than Modric but still driving the ball forward with a powerful dribble or a pass. He kept the ball zipping around and drove England’s midfield crazy. Rakitic will need to deliver another performance of the same quality, if not better, if he wants to lift the World Cup trophy against France.

Hazard was a livewire for the entire 90 minutes against France. He dribbled around the French players with mazy runs all over the left side. Unfortunately he couldn’t break through the steely defence of Les Bleus, but he put plenty of effort into the game — that can’t be said for the majority of the Belgium attackers.

Perisic levelled the score against England in the semifinal match, and in truth he could have had a few more. He hit the post with an effort after England were caught with the ball in midfield, and he was a constant menace for the entire game. Croatia’s tactic of him swapping wings with Rebic worked a treat as England just couldn’t find a way to stop him.

Mandzukic kept on running despite having played in two matches that went the full distance in the Round of 16 and the quarterfinals. His striker instincts saw him get in front of John Stones to turn in the winning goal and send Croatia through to the World Cup final. He kept England’s back three occupied for the entire game and was always menacing in the box.

Mario Mandzukic beats John Stones to the ball and what a finish. What instincts. pic.twitter.com/0rOuBvSnWc
Via: @TelemundoSports