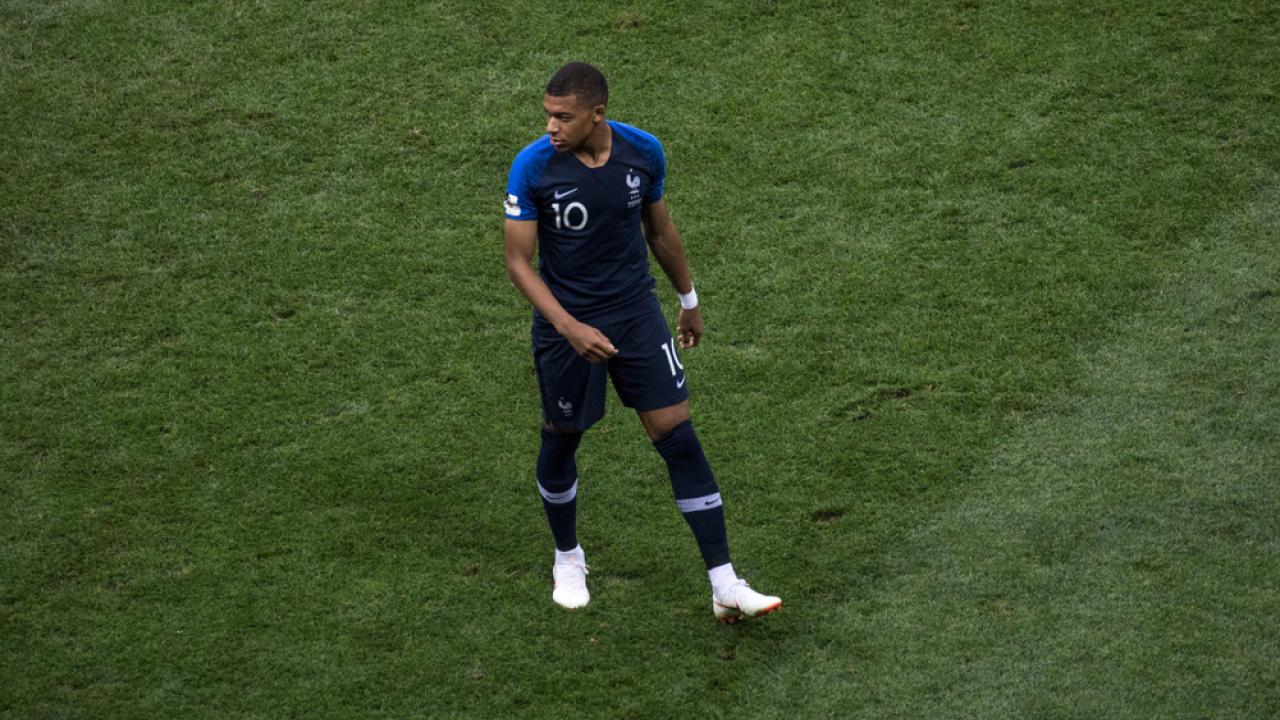 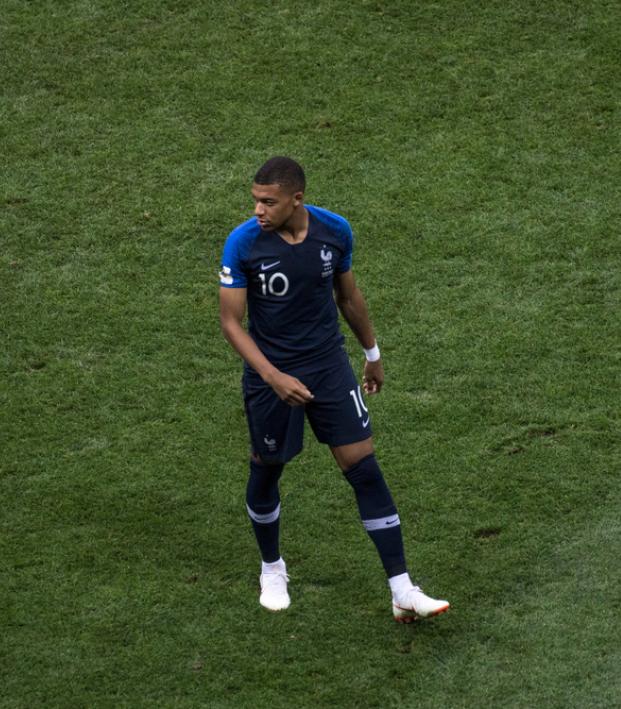 The 2018 World Cup came to a stunning conclusion on Sunday with France emerging victorious over Croatia 4-2. It was a hotly contested match with both sides going blow for blow in order to finish with the Cup. Now that the dust has settled on what many fanatics have labelled the best World Cup ever, it’s time to review the month-long festival.

We saw plenty of players emerge as leaders for their country along with young players breaking through and letting the world know of their immense talent. With all that in mind, here's The18’s Best XI at the World Cup. Obviously everyone has different opinions, so let us know what you think and if we missed out on anyone!

We’ve gone for a 4-3-3 formation this time — a little different than our previous lineups.

Courtois finished the tournament with the Golden Glove award as the best keeper at the World Cup, and it’s hard to argue with that. The gentle giant pulled off a miraculous save against Neymar to give Belgium the victory against Brazil, along with numerous saves against France to keep Belgium in with a fighting chance. A deserved award for Courtois, and he might earn a move to Real Madrid because of it.

Kieran Trippier might have earned the award for the biggest breakout star of the World Cup. He constantly created chances off of his delightful crosses and set-piece deliveries. Earning himself the nickname “Bury Beckham,” Trippier was always a vital outlet for England on the right hand side.

Harry Maguire also had a breakout tournament with his big noggin being England’s biggest threat on set pieces. Along with his work on corners and free kicks, Maguire was a rock in defence, making vital tackles, interceptions as well as moving the ball out from the back with confidence.

Yeah so a good header doesn’t hurt. I mean the moment you head it proper, you feel it’s a good one. Know what I mean love? pic.twitter.com/a5b8UqDjv2

Godin showed the world his defensive capabilities as he was the rock in Uruguay’s back line. Marshalling the defence with aplomb, Godin was almost faultless for the entire tournament, only giving away five fouls the entire time; an extraordinary statistic that shows how Godin can just about perfectly time his tackles as well as showcasing his world-class levels of reading the play.

Hernandez came into the tournament as a relative unknown quantity at left back, but come the end of the World Cup, he showed that the position is locked down. He made himself Australia’s public enemy No. 1 in France’s first match, but after that, Hernandez shined with a string of performances that highlighted his attacking and defensive qualities. He's only going to get better from this point on, which is a scary proposition to think about.

Lucas Hernandez at the World Cup:

The best left-back of the tournament. pic.twitter.com/DX9pa2ji6Q

Kante is a special, special midfielder. Covering just about every inch of the field, Kante was critical for France in terms of breaking up the play and starting their attack. Aside from his performance in the final, it’s difficult to argue that Kante was France’s best player for the tournament.

Modric fully deserved the Golden Ball award for the best player at the World Cup. He featured as a box-to-box midfielder as well as an attacking midfield role, and was more than adept at both. Modric was the heartbeat of Croatia’s team, keeping the ball moving as well as creating chances with his set piece delivery. He even chipped in with a beautiful goal against Argentina as well.

Luka Modric made more recoveries (56) than any outfield player at the 2018 World Cup; also creating more chances (18) and completing more take-ons (15) than any teammate.

Coutinho was Brazil’s best player at the World Cup, and despite their exit in the quarterfinals at the hands of Belgium, he earns himself a place in the team. He opened Brazil’s account at the World Cup with one of his typical right foot curlers that found the back of the net against Switzerland, and then he bagged himself another against Costa Rica. His influence in attack was crucial for working with Neymar, especially since the Paris Saint-Germain winger was Brazil’s headline name.

Personally, I thought Hazard deserved to win the Golden Ball. Hazard made world-class defenders look like amateurs on the field as he embarked on mazy dribbles around the pitch. Despite being relatively young for a captain, he led Belgium with inspiring performances. To cap off a near-perfect tournament, he scored Belgium’s second goal against England to secure the bronze medal.

Eden Hazard of #BEL was our highest rated player (8.53) at the 2018 #WorldCup pic.twitter.com/HPvjgEGeyf

Yes, I know that Harry Kane scored three penalties on his way to winning the Golden Boot. But is it his fault that England got all those penalties? If anything, it speaks volumes that he buried every single one of them. Aside from that, scoring six goals at a World Cup is no mean feat, and he led his England side from the front with pride and passion. Kane also didn’t take corners, so that’s another win for him.

Mbappe is just 19 years of age, but you would never have guessed it with the amount of confidence he displayed on the field. The winner of the Best Young Player award, Mbappe even scored in the final, becoming the second teenager to score in the final alongside Pele. He has the world at his feet, and the World Cup might have been the first proper glimpse at what many fans are thinking will be the next best player in the world.

The managerial position was so difficult to choose because there were a number of managers that exceeded expectations for their country. Dalic took over Croatia in October 2017 and qualified for the World Cup after a playoff victory over Greece. A number of pundits did not even expect Croatia to make it out of the group, but for Dalic to guide the team all the way to a World Cup final, the first in Croatia’s short history, is nothing short of remarkable.