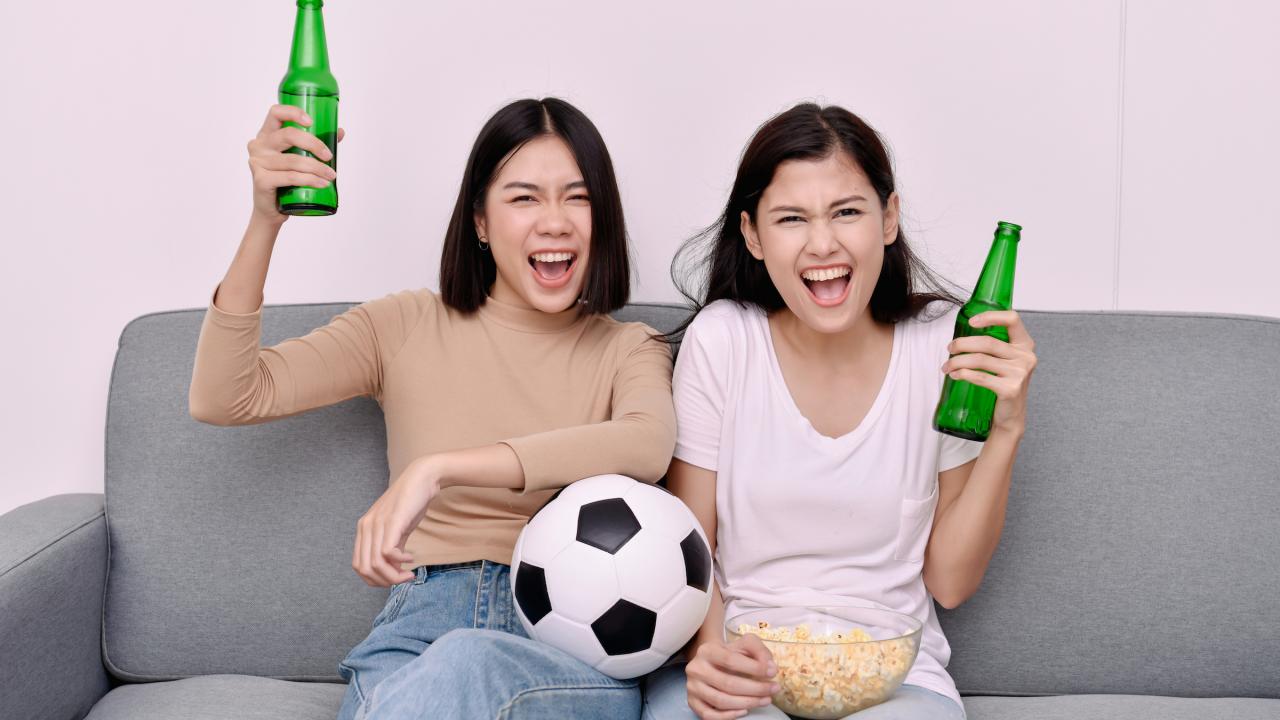 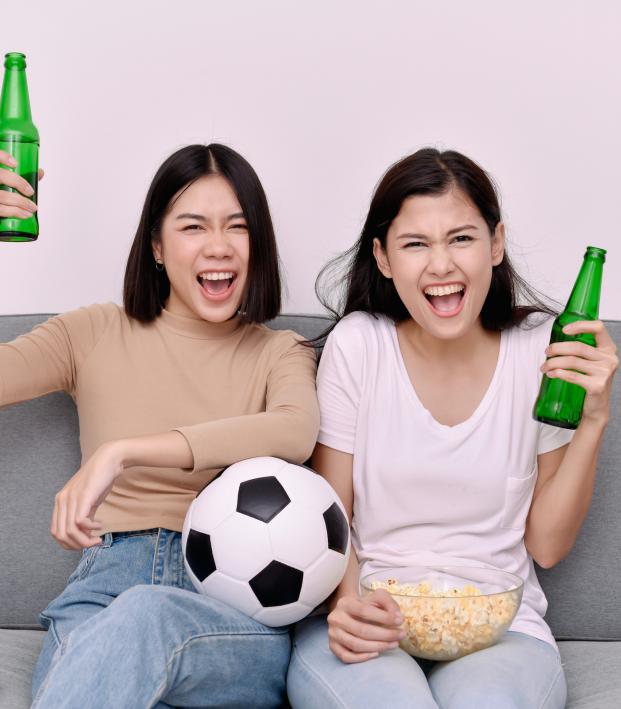 The 2019 FIFA Women’s World Cup is here. More importantly, we’ve got a USWNT Women's World Cup drinking game for you and all your friends to play as the Americans attempt to defend their title in France this summer.

There is no bigger global party than the World Cup. If you missed out on scoring tickets to watch the action in person, hopefully you find some friends (or make new ones) with whom to watch the USWNT as it navigates the 24-team field. Fans across the country will be cheering on the women in red, white and blue (well, red or white, per their snazzy uniforms) as they watch from their homes, the local pub or a watch party.

You may, should you be of age, want to pick up an adult beverage or two while watching, and we’re totally with you on that. After all, nothing makes a 5 a.m. kickoff more tolerable than a sweet mimosa or savory Bloody Mary.

We have updated our original USWNT Women's World Cup drinking game, which can still be found below, to focus on the huge USA-France match. The hype for this game is unreal, so hopefully you took off work to participate in our updated drinking game.

We hope you enjoy our Women's World Cup drinking game and remind you to please drink responsibly. 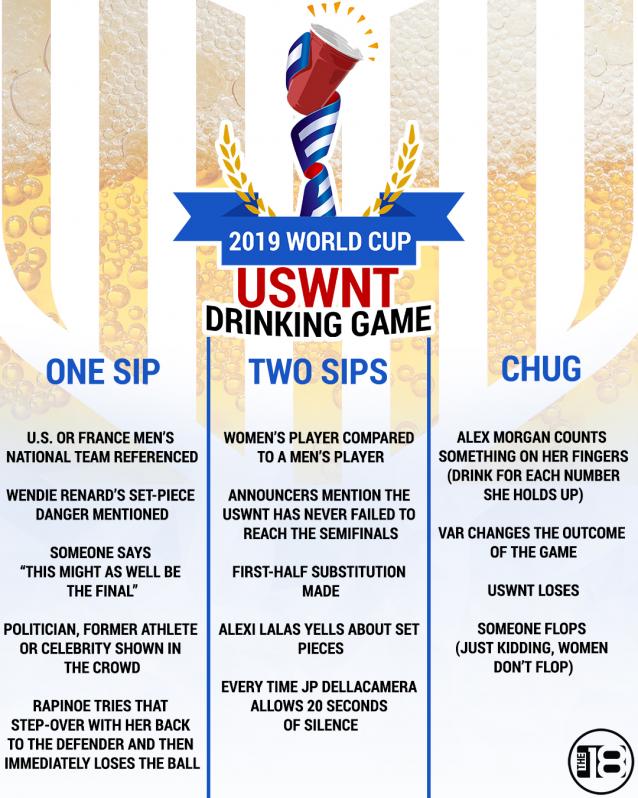 Below is our original Women's World Cup drinking game, which was focused on the early stages of the tournament, when the U.S. could expect to win and win handily. Feel free to incorporate any of these rules into your game. 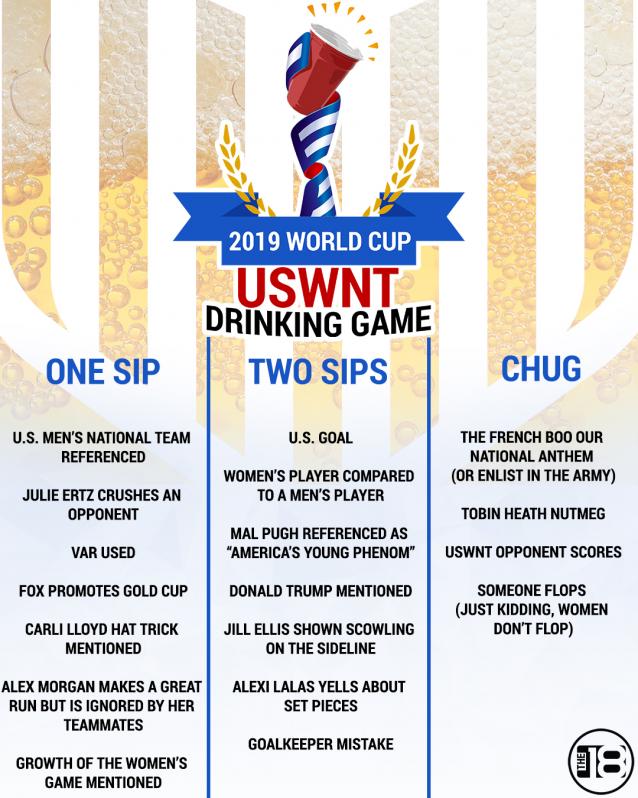