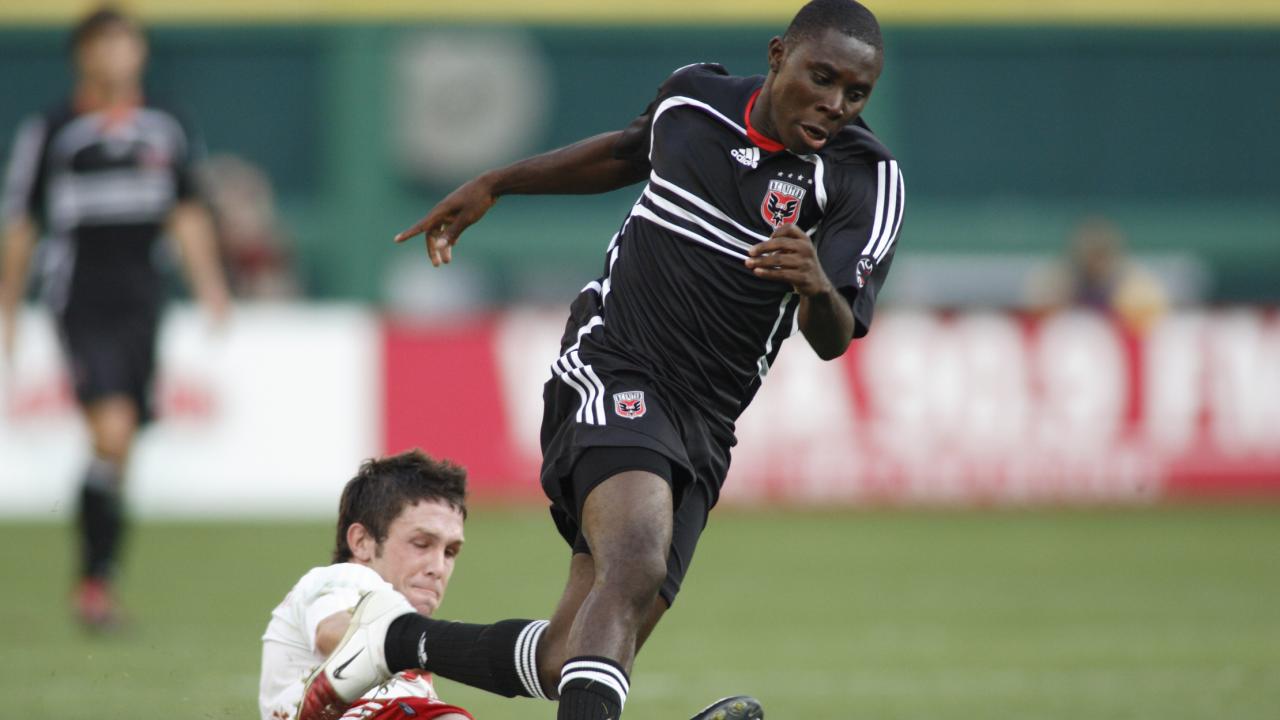 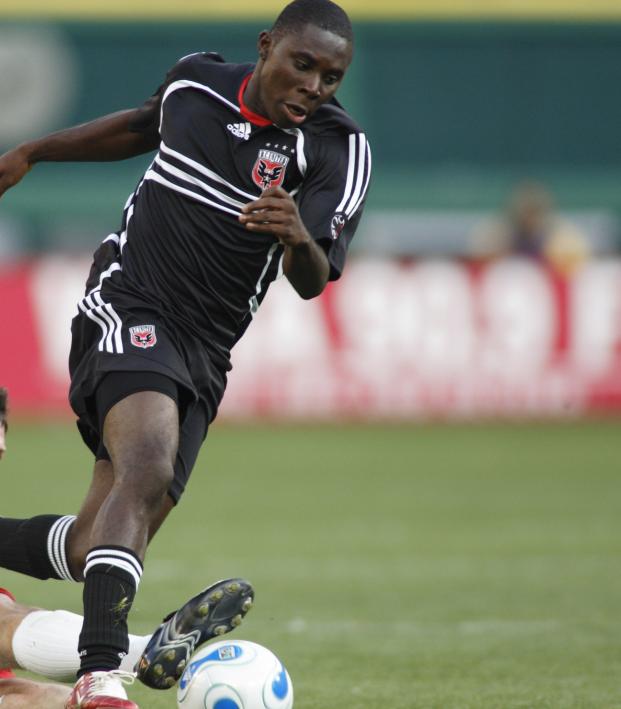 Long before that fateful day at the Ato Boldon Stadium in Couva, Trinidad, there was a glaring weakness in the USMNT that had been identified by Jurgen Klinsmann but had no real fix: essentially, an entire generation of players who should’ve been entering the prime of their careers had gone missing.

“That talent in not there yet when it comes to the national team, when it gets to big tournaments, when it gets serious,” Klinsmann said before the Copa America Centenario. “Whatever path they took the last two years, we’ve got to make it clear to them you’ve got to do more. … What is going on on the goalkeeper front? Tim Howard is 37. Guzan is 31. Nick Rimando is 36. Where is our next wave? Holy moly. We lost that generation that didn’t qualify for (the) London (Olympics). What happened to the Bill Hamids, the Sean Johnsons, the Brek Sheas, the Mix Diskeruds?”

While it was easy to criticize the likes of Howard, Michael Bradley, Matt Besler, DaMarcus Beasley and Clint Dempsey for not getting the job done, the fact remains that both Klinsmann and Bruce Arena were never provided much of a selection headache. The depth just wasn’t there.

The lost generation is perfectly exemplified by this 2012 list from MLSsoccer.com — a ranking of the top 24 players under the age of 24 from that year. Of the 24 entries, 16 were American. Here’s every American from that list (along with their original ranking) and a bit of information concerning where they are now (current club inside parentheses).

Salgado made 29 appearances for Vancouver over three seasons, scoring one goal and adding two assists. He's since appeared for Charleston Battery, NYCFC, Tampa Bay Rowdies and Jaguares FC, and he now plays for Tigres II in Mexico.

He made two appearances for the U.S. U-23 side, but he's never come close to the senior setup.

After scoring 9 goals in 29 appearances for SKC in 2011, Bunbury was regarded as one of the finest talents in MLS. Between 2010 and 2012, the former Akron Zips forward also made his breakthrough with the USMNT, receiving four caps and scoring a penalty against Chile.

However, a torn ACL in 2012 proved to be a major setback in his development. Last season’s total of seven goals in 28 appearances for New England was the highest total he’s managed since 2011, and the 28-year-old has fallen off the international radar.

We all know this one. After being drafted by DC United and then traded to Real Salt Lake, Adu began his European journey in 2007, turning out for Benfica, Monaco, Belenenses, Aris and Caykur Rizespor before returning stateside to play for Philadelphia.

Over this period, Adu also collected 17 caps for the USMNT, scoring two goals. However, despite being only 22 years of age at the time of this list’s publication, Adu’s career has since bottomed-out.

After appearing for the Tampa Bay Rowdies in the NASL between 2015 and 2016, Adu completely disappeared from professional soccer before signing with the USL’s Las Vegas Lights back in March. 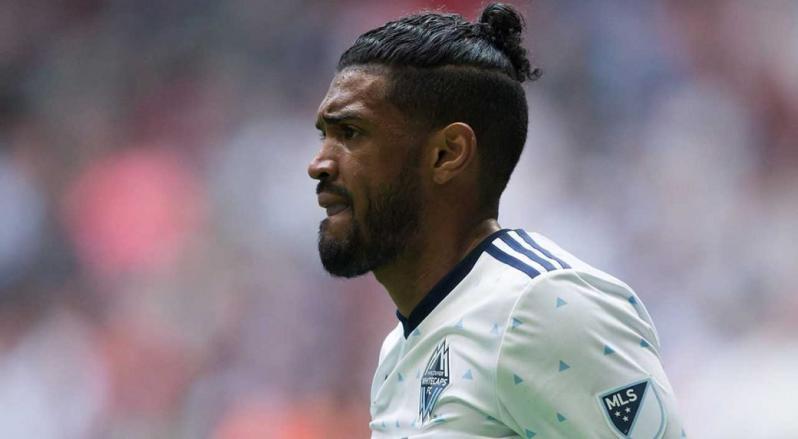 After impressing at the prestigious IMG Soccer Academy and turning pro after one year at North Carolina, Sheanon Williams quickly became a consistent starter for Philadelphia in 2011.

Between 2011-13, Williams played in 92 matches for the club while scoring four goals. However, his career trajectory quickly took a turn for the worse after being traded to Houston and then to Vancouver.

Last June, Williams was suspended by the league in connection with an alleged assault. He’s now without a club.

2012 marked Lade’s first season in MLS, and his 26 appearances and three assists still mark career bests for the New Jersey native. Now 28, Lade operates primarily as a utility player for NYRB, filling in at right back and in the midfield.

The seventh pick of the 2012 MLS SuperDraft, Nick DeLeon promptly terrorized league defenses by scoring six goals and adding four assists in his rookie season. He’s yet to come close to matching those numbers despite sticking with United over the following six years.

After continuously turning down approaches from Trinidad and Tobago in favor of waiting for a USMNT call-up, DeLeon is now open to representing T&T.

With 25 appearances for the USMNT — including seven starts in the failed Hexagonal — Nagbe is one of the few players in this list to have pushed on following the 2012 season.

Nagbe helped the Timbers to their 2015 MLS Cup triumph before being traded to Atlanta last December in a deal that could ultimately pay Portland up to $1.65 million.

Luis Gil landed the No. 14 spot in this countdown at the tender age of 18, and the preciously talented midfielder was climbing through the U.S. youth ranks at a rapid level as well.

After scoring five goals and adding three assists in 30 appearances for RSL in 2013 — to go along with a stunner scored at the U-20 World Cup — Gil received his first two caps for the U.S. in 2014.

He hasn’t added any since. A move to Queretaro in Liga MX proved disastrous, and after spending 2017 on loan at Orlando City and Colorado, the 24-year-old is back in Mexico. 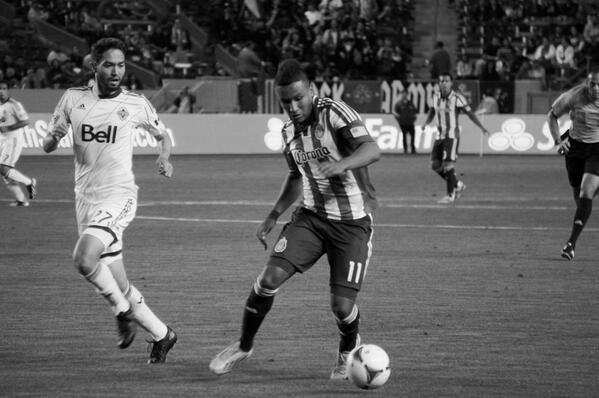 While the talent has very obviously always been there — only work permit issues denied him a chance with Stoke City in the EPL — he’s been a USMNT player for eight years now while managing only three goals in 28 appearances (the last strike coming in 2015).

He’s still only 25, but a return of 30 goals in 104 appearances for New England is less than many expected.

After being selected eleventh overall in the 2011 SuperDraft, Bruin came to life during his second season in MLS, scoring 12 goals in 31 starts for the Dynamo. He was subsequently given two caps by the USMNT in 2013.

Fast forward six seasons and that’s still Bruin’s MLS career high. However, the former Indiana Hoosier did experience something of a renaissance last season after being traded to Seattle, where he found the back of the net 11 times while often being used as a substitute. 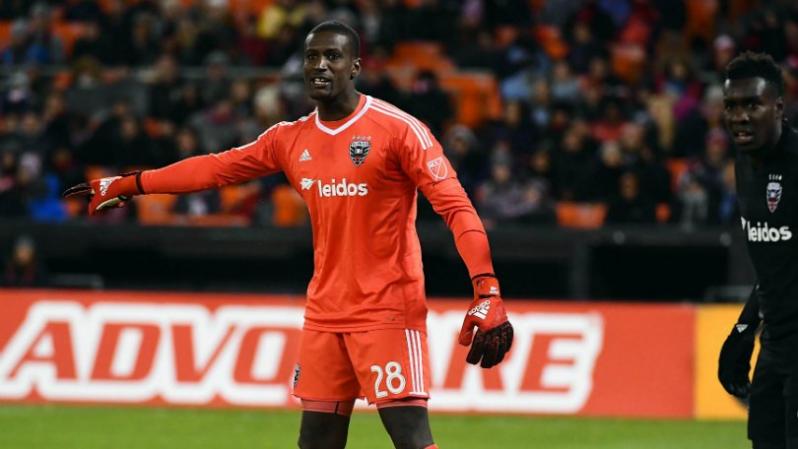 Hamid outlined his enormous potential in 2014 after being named the MLS Goalkeeper of the Year, and the Virginia native played admirably for D.C. throughout his eight-year stay.

However, his play for D.C. only resulted in five caps for the U.S. between 2012 and 2018. In January, Hamid signed a contract with Danish club FC Midtjylland, and the 27-year-old is hoping to use the club as a springboard to one of Europe’s biggest leagues.

After winning the College Cup with Akron during his freshman season, Kitchen turned pro and was drafted third overall by DC United in 2011. He was a finalist for the Rookie of the Year award and was a consistent starter for United over his five-year stay.

After the 2015 season, Kitchen signed with Scottish club Heart of Midlothian and his play abroad also saw him rewarded with five caps between 2015 and 2016. The 26-year-old hasn’t appeared for the U.S. since.

Kitchen fell out of favor at Hearts, signed with Randers in Denmark and then returned to MLS in January with the LA Galaxy. 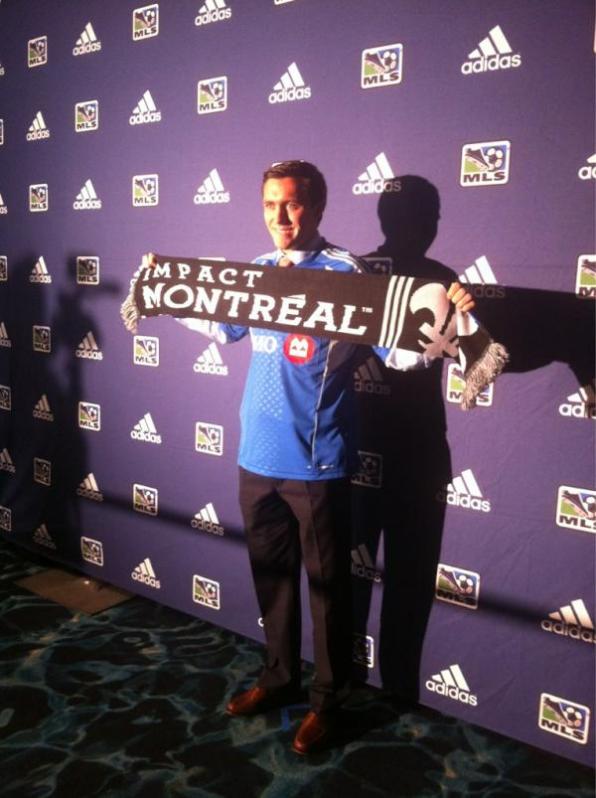 The No. 1 pick of the 2012 SuperDraft, Wenger showcased his potential with four goals in his rookie campaign. It went downhill from there, and he was subsequently traded to Philly in 2014 before being traded again, this time to Houston in 2016.

After making his USMNT debut in 2011 as a 21-year-old, Chicago Fire goalkeeper Sean Johnson was considered a future starter for the States. After seven seasons with Chicago, he was traded to New York City FC in 2017.

His numbers in MLS have been good, but he’s only added four caps to his international total over the last seven years. His potential time as the U.S. No. 1 might’ve already passed.

Shea turned pro straight out of high school and was selected second overall by FC Dallas in the 2008 SuperDraft. His numbers for the U.S. U-17 (24 appearances, 18 goals) and U-20 (24 appearances, 17 goals) teams were remarkable, and he put it all together at the professional level in 2011, scoring 11 goals and adding four assists in his fourth year at the club.

Shea joined Stoke City in the EPL for $3.6 million in 2013, but his career faltered there. The winger only made five appearances for Stoke and was loaned to Barnsley and Birmingham City before returning to MLS with Orlando City in 2015.

He’s now with Vancouver, and after collecting 31 U.S. caps between 2010 and 2015, Shea has failed to appear for the national team since. 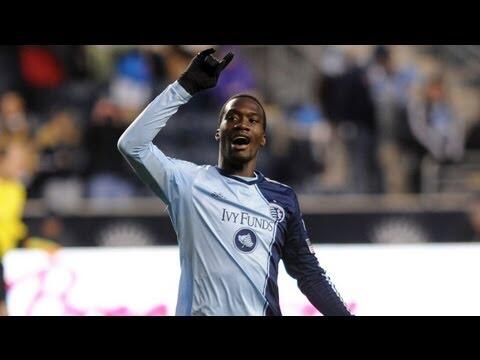 After being selected 10th overall in 2011 and winning the Rookie of the Year award, Sapong showed continued improvement in 2012 and received his first cap against Venezuela.

However, Sapong was traded to Philly in 2014 after two years of diminishing returns, and a return of 16 goals from his first 64 Union matches did little to foretell of the success he’d have in 2017. Last year, Sapong scored 16 goals in 33 games, setting a new single-season scoring record for the club. He was rewarded with a recall to the national team and included in the 2018 January Camp.