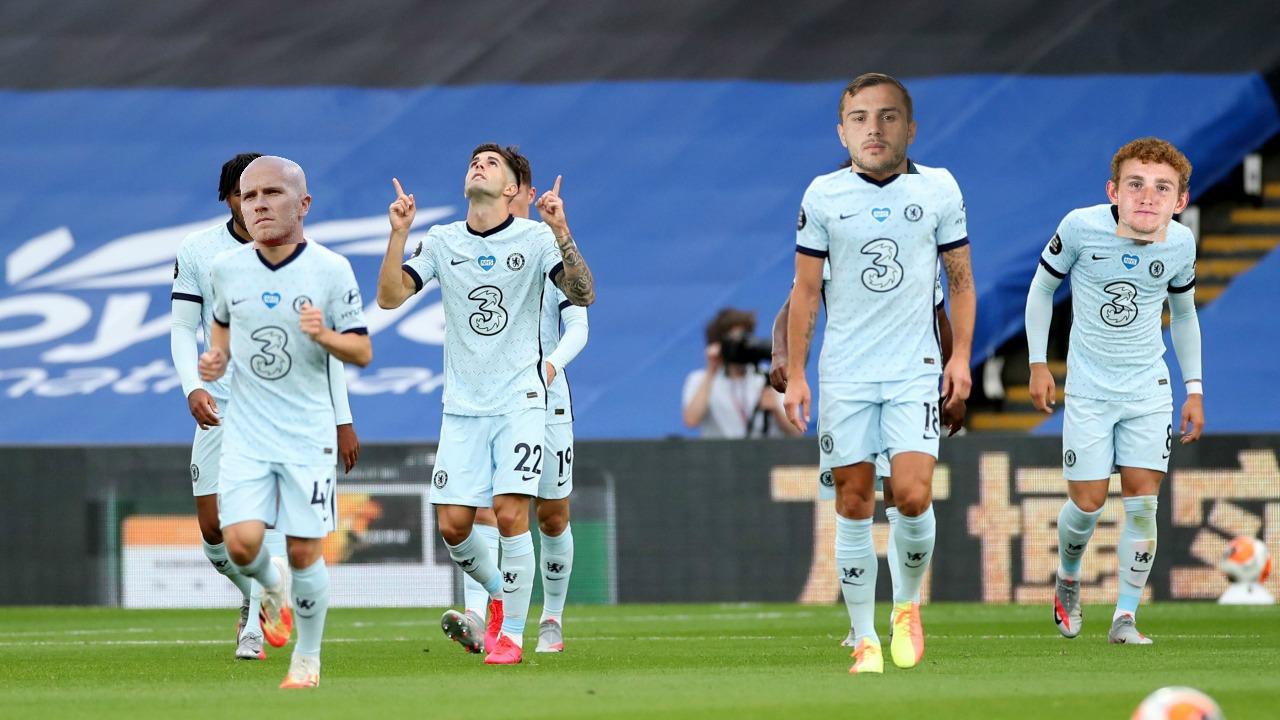 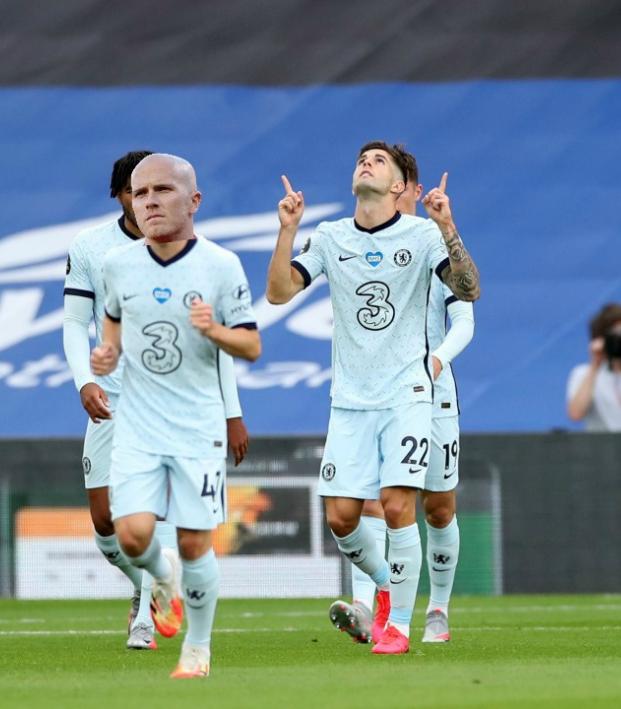 What If The USMNT Was In The Premier League? Part II Of Our Thrilling Journey

Following the end of the 2018-19 Chelsea Football Club season, the Blues decided to sack Italian manager Maurizio Sarri and installed club legend Frank Lampard as boss, ... but what if they hadn’t? What if — buoyed by the arrival of Christian Pulisic — owner Roman Abramovich had turned to Gregg Berhalter and the USMNT instead?

30 DAYS UNTIL THE EPL OPENER…

LONDON, July 13 (Reuters) — A knock on Gregg Berhalter’s door. An exchange of knowing grins. It’s a different club — from the northerly realms of East Yorkshire and Tyne and Wear to the south-east of England — but the task remains the same: Bang them in, ask questions later, pray that your hamstring doesn’t collapse in an almighty supernova. 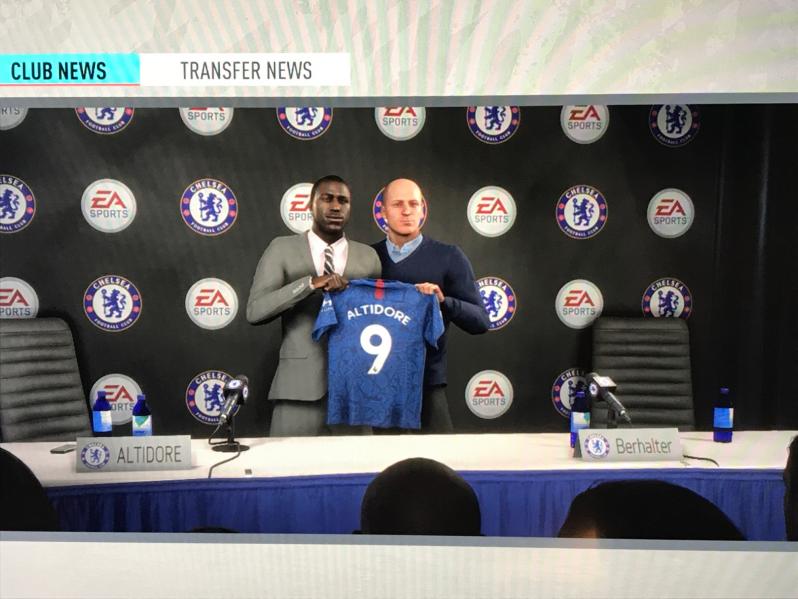 Chelsea's net spend this summer has been +$185 million.

With 70 appearances to his name and two heralded goals, Jozy Altidore is no stranger to the Premier League, and after watching Josh Sargent run himself into the ground at the Las America Invitational, the former Toronto FC star is just what the good doctor Berhalter ordered. 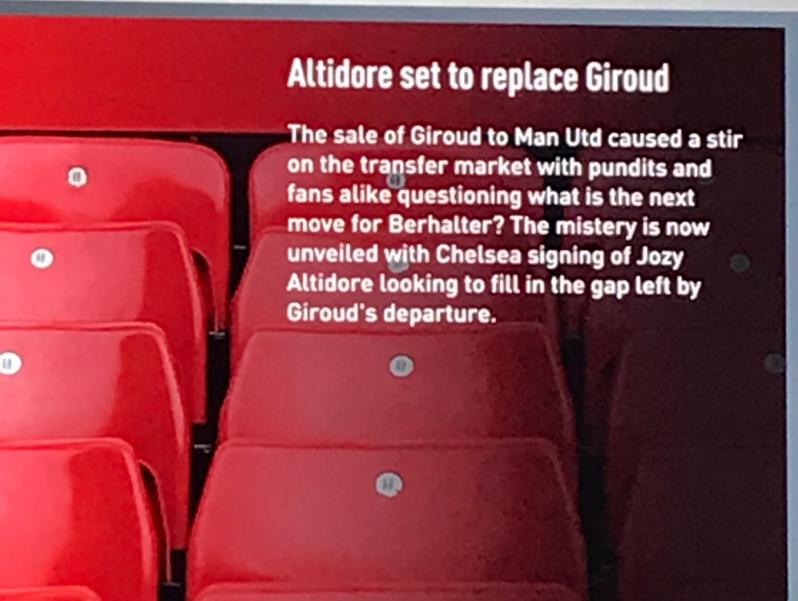 Replacing a go-kart with F1 quality.

“The Premier League when you look from top to bottom, the atmosphere, whatever, it’s probably the best league in the world right now. I had the opportunity to come back here and it’s really exciting for me,” Altidore told an increasingly perplexed press corp.

Altidore would be the first to admit that his goals-to-game ratio in England wasn’t entirely impressive, but he’s certain that a sort of xG stat that quantifies how many times you body up a defender and invite a midfield runner to get forward would’ve painted him as the next Marco van Basten.

“As a professional, there are going to be times when everything is not perfect,” Altidore mused about his previous EPL stint. “In those times, how you react to those moments will define you. For me, it was a very difficult time for a number of reasons on and off the field in England.”

Berhalter, when asked if Altidore would immediately take Sargent’s spot as Chelsea’s starting No. 9, waxed lyrical.

“I think that’s an impossible question to answer,” Berhalter said. “There’s always competition for spots, you want guys to be performing well. I know Jozy is an outstanding player, I know he can really help this team and I know he has a lot to give. I don’t think any player is guaranteed to start, it has to depend on their form, it has to depend on their fitness and how they fit into the game plan and everything like that.”

Altidore, before pushing his chair back and exiting the press conference, gazed deep into the camera, cocked an eyebrow and said: “Yo Sacha Kljestan why you snitchin’ bro?”

15 DAYS UNTIL THE EPL OPENER…

The American manager certainly wouldn’t mind hearing that refrain from the traveling end at Old Trafford with the start of the Premier League in a fortnight’s time, but after Chelsea’s previous manager drew the ire of supporters for his stubborn tactical approach and Jorginho partisanship, can Berhalter’s system and summer recruitment of 23 Americans actually win over the Bridge? 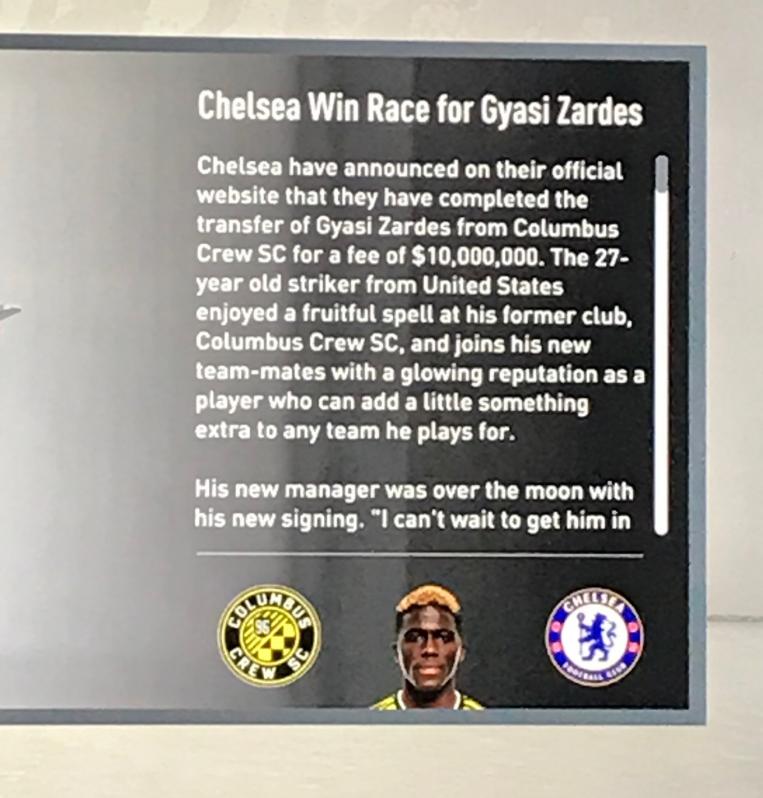 Berhalter 'wins the race' to land his man.

Berhalter himself, rather than being cowed by the task at hand, remains committed to his own approach.

For the American manager, it’s all about a possession-based approach that seeks to disorganize the defense and win the numerical battle in attack. 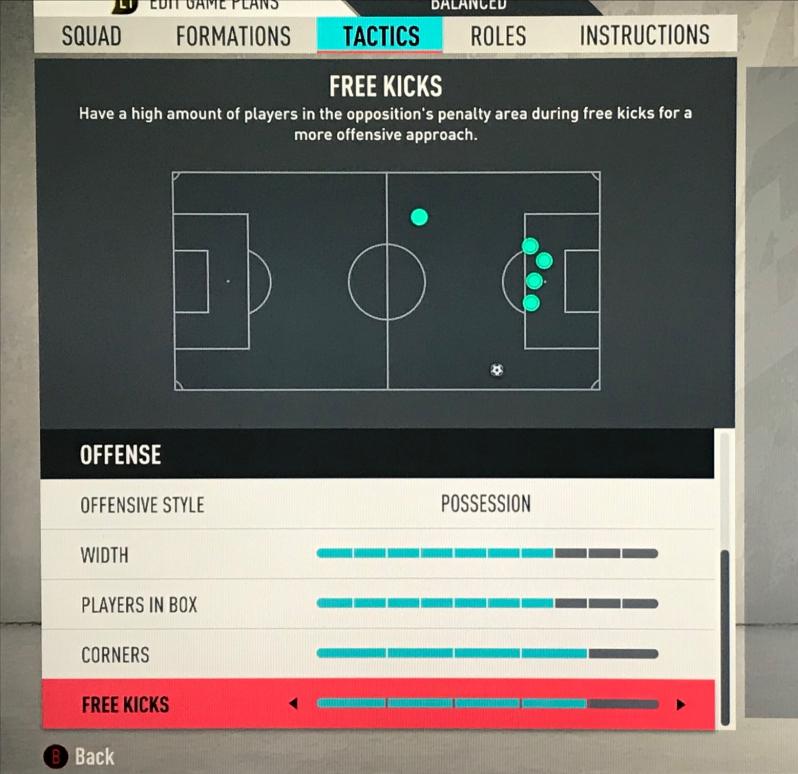 Possession-based with numbers getting forward to 'disorganize' the defense.

From the back, the center backs split wide with the two wide defenders pushing up and joining the attack. The deep-lying midfielder then drops to receive the ball with passing options both out wide and through the middle. 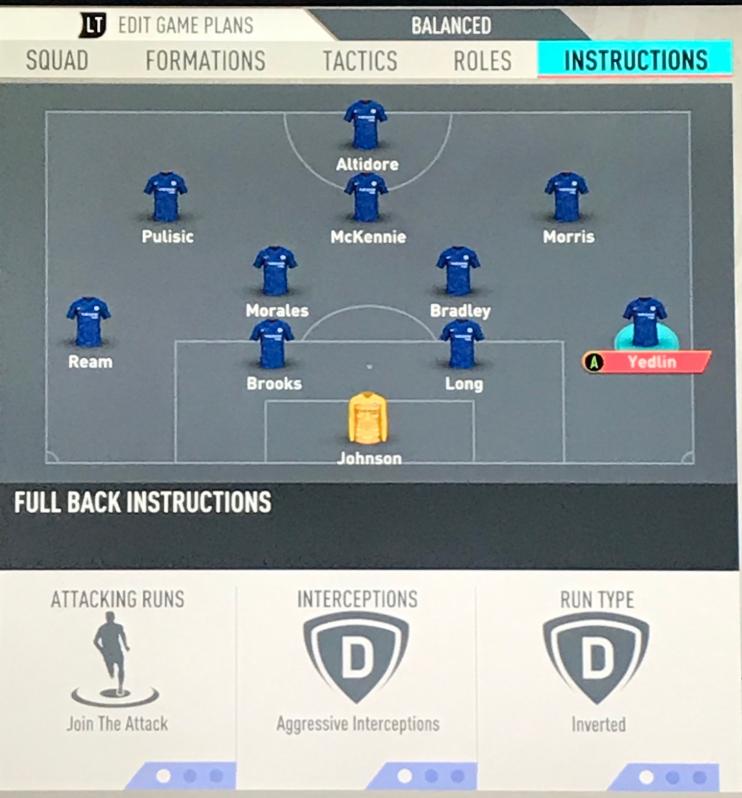 Yedlin to 'join the attack' and make 'inverted' runs into the midfield. 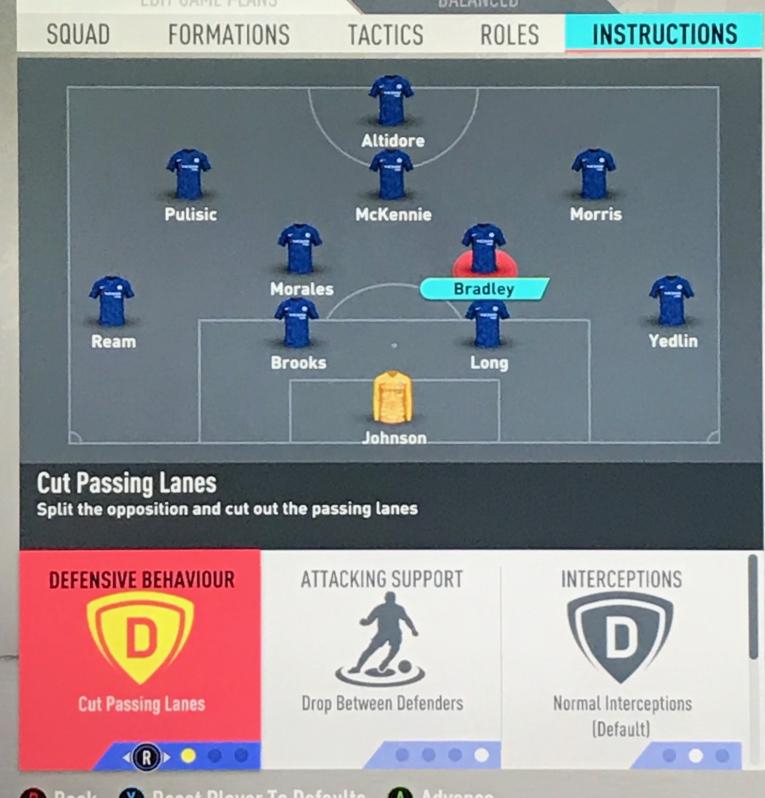 Bradley to 'drop between defenders' to receive the ball and spray some Hollywood passes around.

This movement attracts defenders into certain areas of the pitch and allows play to be switched with the opposite side now free or at least susceptible to an attack.

By making the field as wide as possible with movement and high-tempo passing, attackers like Christian Pulisic can operate one-on-one. 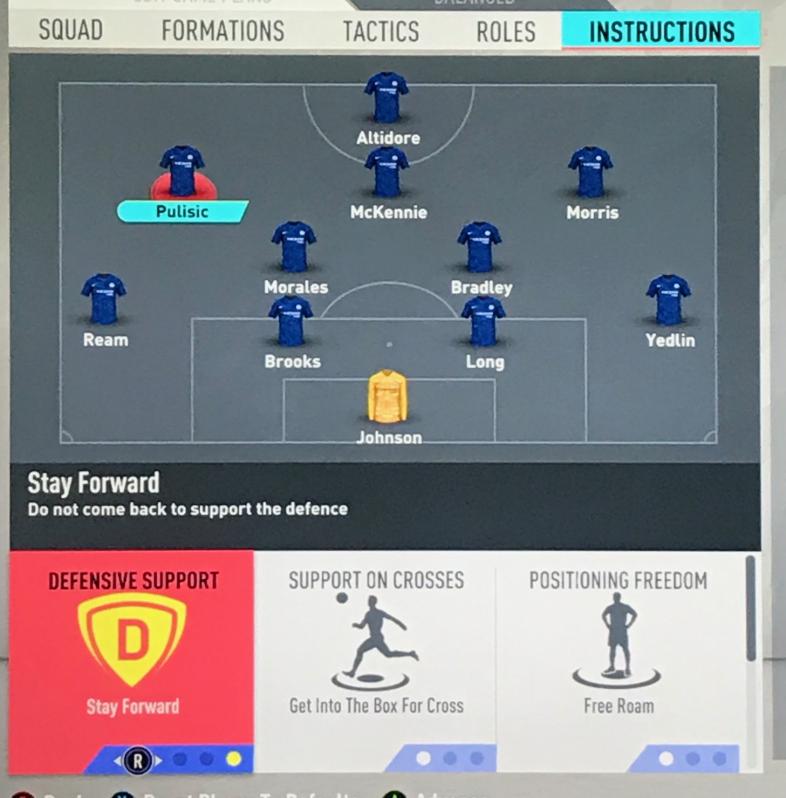 Pulisic to 'free roam' and save us from relegation.

When not in possession, Berhalter prefers a quick transition into what’s essentially a 4-2-2-2 formation, one that seeks to control space, make the opponent’s play predictable and press when certain triggers are identified.

“So then we came up with this structure,” Berhalter explains. “How can we prevent balls from coming central? How can we make play predictable for the team? This is the structure we came up with … The other important thing to realize is that it starts in the mid-block, but it very much turns into a high press on queues. That’s the important part of it. The guys know queues when to move this block higher up the field.” 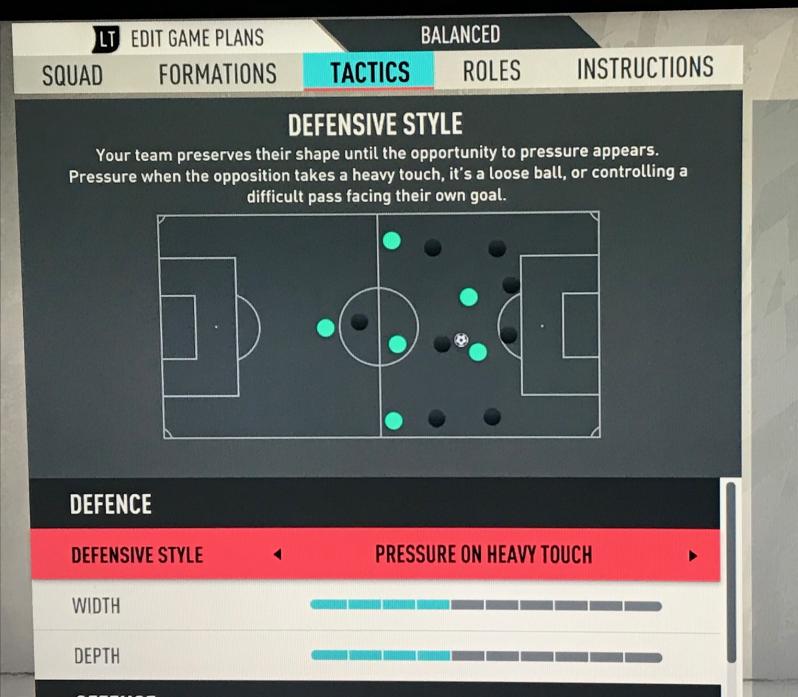 The defensive shape that the USMNT Blues have been working on at Cobham.

It’s a modern, sophisticated approach, but questions remain over the personnel charged with enacting it — can Aaron Long and John Brooks play out from the back? Does DeAndre Yedlin have the technical quality to push into the midfield from defense? Is Weston McKennie ready to a make a consistent difference in the final third? It's time to find out. 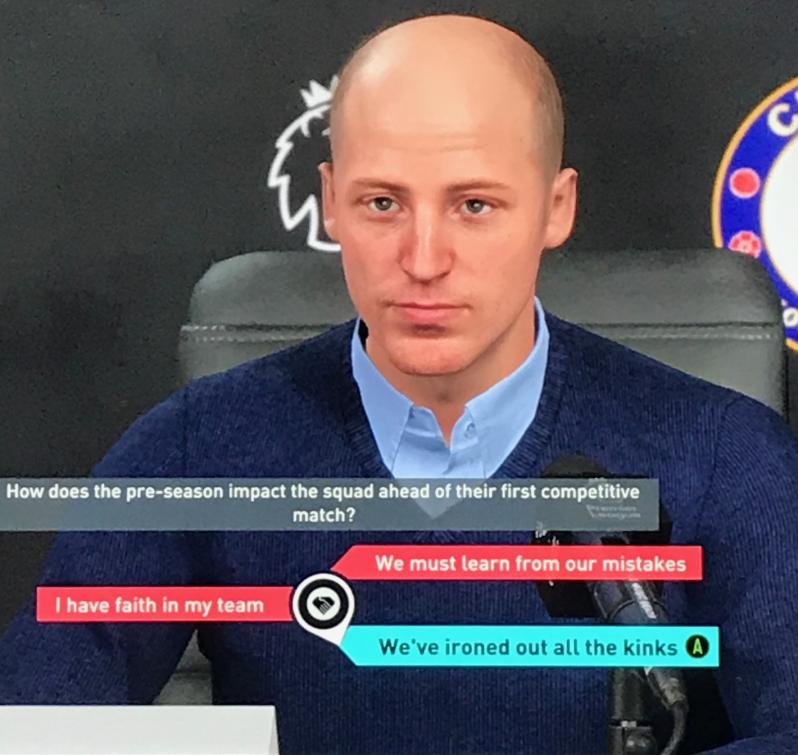 Berhalter taking no shit in the build-up to Manchester United.

0 DAYS UNTIL THE EPL OPENER…

After a winless preseason that included a shock defeat to the Portland Timbers, Gregg Berhalter’s Chelsea reign officially began with a 2-0 defeat to Manchester United at Old Trafford.

Although just the first match of the season, Chelsea supporters were left perplexed by Berhalter’s only change of the match — hooking Christian Pulisic in the 54th-minute for Paul Arriola with the Blues only trailing 1-0 at the time. 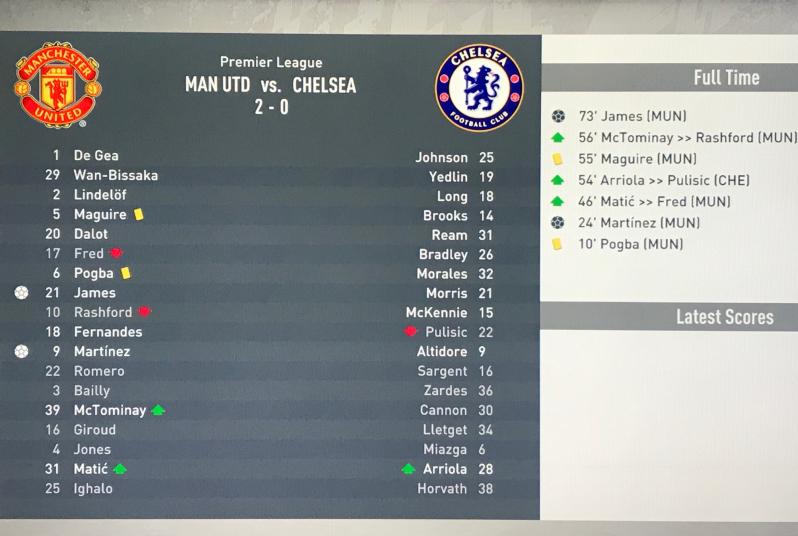 It's an opening day defeat for Berhalter's Chelsea...

But sources say it got even worse after the full-time whistle with Berhalter and Mateo Kovačić having to be separated after a fierce exchange of words that included the American telling the Croatian that he’s “not in charge over who should get to play.” 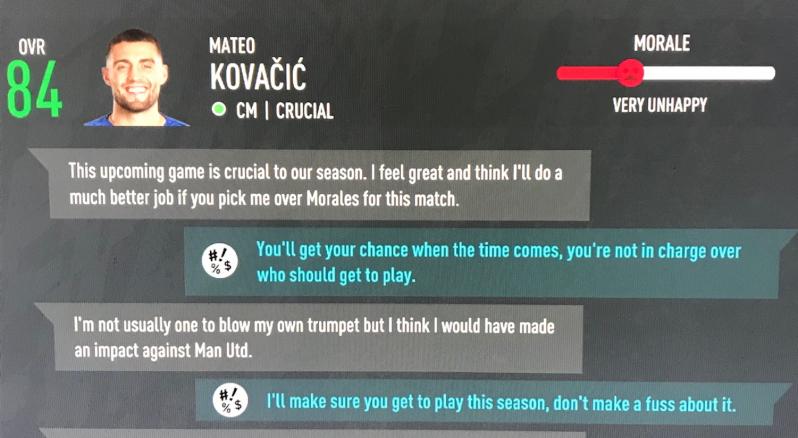 Sources say that Berhalter punched Kovacic square in the mouth.

Chelsea now faces a quick turnaround as the squad has three days before its UEFA Super Cup match against Liverpool at Vodafone Park in Istanbul.

ISTANBUL, August 14 (Travis Yoesting, The18) — Gregg Berhalter left the USMNT after only seven months to take over the Chelsea gig. Based on his first few matches in charge in London, his tenure with the Blues may be even shorter.

Mohamed Salah had two goals and Sadio Mané added a third as Liverpool cruised to a 3-0 win over Chelsea in the UEFA Super Cup on Wednesday in Istanbul, Turkey. Days after a 2-0 defeat to Manchester United in the Premier League opener and with a match against Leicester City at the weekend, Berhalter is already in the hot seat. 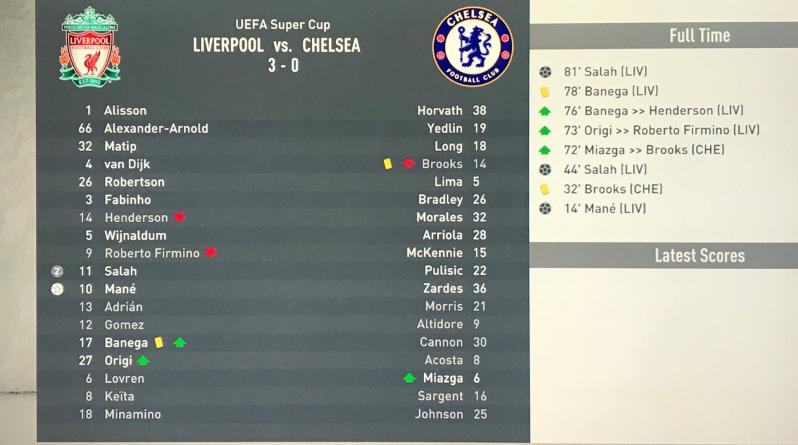 Including Wednesday’s loss, Chelsea has gone winless in five matches since Berhalter’s appointment. Liverpool provided the stiffest challenge yet and the Blues struggled from the outset. Mané turned DeAndre Yedlin inside out on the way to a first goal before Salah scored late in the first and second halves to put Chelsea to the sword.

Despite losing the Cup final, Berhalter remained confident that his team was headed in the right direction.

“But overall, proud of the guys, proud of the development this month. We did make strides as a group. The group became much closer. I think the general understanding of our game model was much better over the course of this month, so in one sense we did make progress.”

But Berhalter’s rosy outlook belies the leaky defense and inept offense. John Brooks, brought in to be the veteran leader in the back, was hooked in the 72nd minute, an early yellow card rendering him mostly useless. Offensively, Pulisic and Zardes looked like strangers out there, resulting in Chelsea’s second straight scoreless showing.

Perhaps unaware that Abramovich — not to mention the fans — will expect Chelsea to win immediately, Berhalter remained focused on the positives.

“I think the guys will learn a lot from this game,” Berhalter said. “There’s a lot of guys playing in their first game like this. For us, the whole month the focus was on that we need to make progress, and when I look back it at it and evaluate it, I think we did make progress. This experience will help us moving forward.”

Stay tuned for Part III: Deadline day disaster, the quest for a point and the start of the Chaaaaampions League.