The One Thing Soccer Officiating Could Learn From American Football 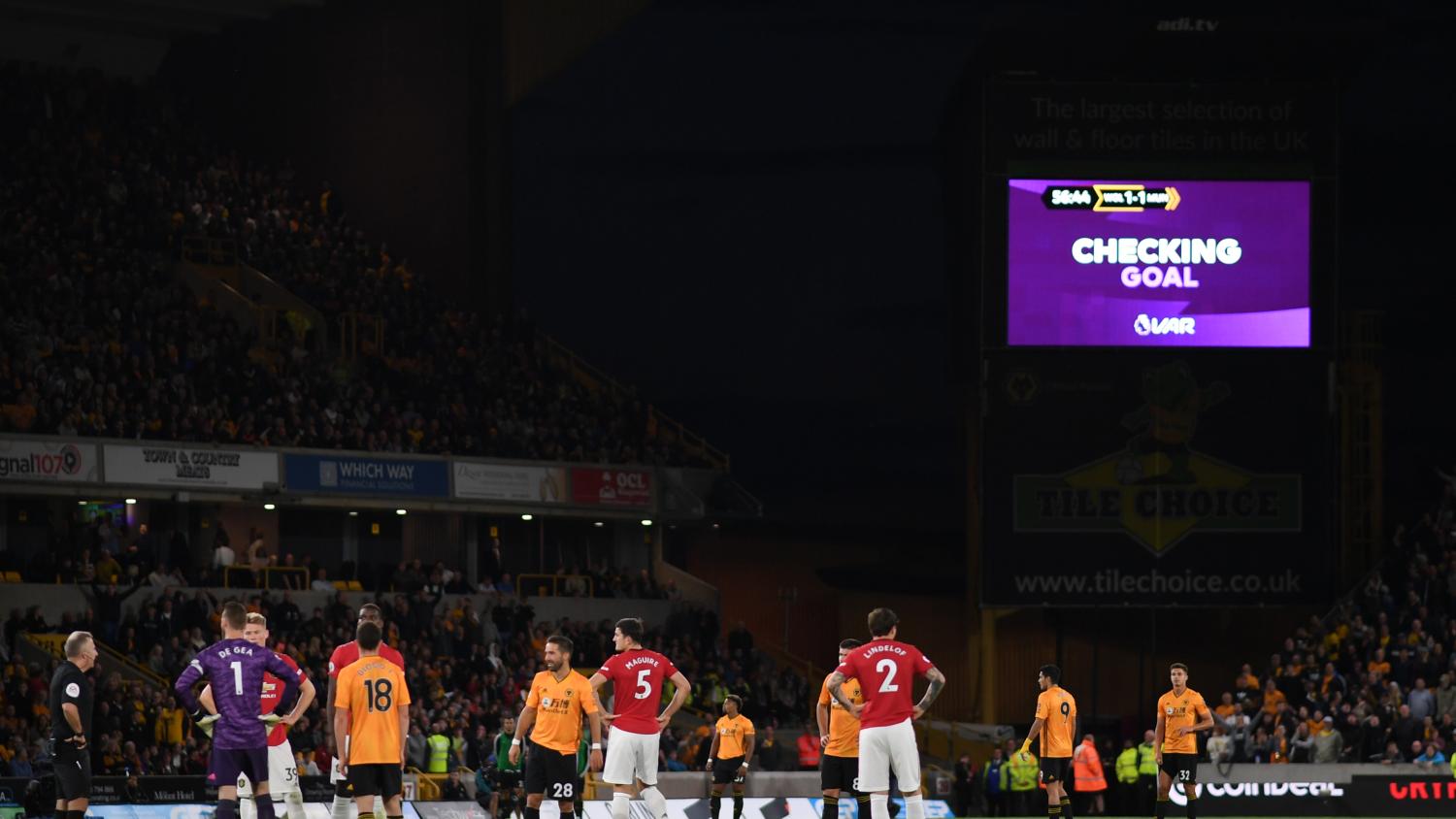 Wouldn’t it be nice if we knew what was going through the minds of referees?
Getty Images

Over the current international break, representatives from all 20 English Premier League clubs met to discuss the recent introduction of Video Assistant Referees. On the whole, they reported an increase in the rate of game-changing calls being made correctly but admitted the league could do a better job communicating certain decisions to fans.

Soccer fans, whether watching at home or at the stadium itself, are often clueless in regard to decisions referees make, doubly so with the introduction of the VAR. It can be frustrating for viewers trying to figure out what exactly a referee was calling or why the VAR was being utilized.

But there’s a simple solution, one that can be found by looking at the most-watched sport in the U.S.: American football.

No sport’s referees communicate with fans and coaches better than those in football (we’ll shorten American football to football for the remainder of this article for brevity’s sake). Umpires in baseball have a limited amount of hand signals but the sport is pretty straightforward (ball or strike, safe or out), so not much is needed. Basketball and hockey officials have a fair amount of hand signals, but it’s usually pretty easy to figure out what’s being called with a basic understanding of the rules, even if you don’t know what the refs are signaling.

In football, referees have an entire language of hand signals and are often connected to the PA system to further explain calls. Why can’t soccer do this?

Football is a bizarre sport from an officiating standpoint. It’s a sport in which giant humans bash into each other for about 10 seconds every 30 seconds, but if one of those giants on the offensive line moves and inch before the play, it’s a penalty. It’s a sport where players piledrive each other into the ground, but if a defender barely puts his hands on a receiver at the wrong time, it’s a foul. It’s a sport where quarterbacks and kickers are protected from almost all contact, but no one cares about the linemen who suffer countless injuries. It’s a sport that fits America perfectly, giving those with no attention span the opportunity to watch a sport and eat nachos simultaneously.

Given the nature of football, with a myriad of arcane rules that confuse even longtime referees, officials need every tool at their disposal to communicate with coaches and fans alike. Hand signals convey everything from holding to pass interference, with additional qualifiers like whether or not it was a personal foul. Then, once the call is finalized, refs jump onto the stadium’s speakers to tell everyone what’s going on, even going so far as to identify the perpetrator. Even if we still can’t understand why the rules are the way they are in football, viewers know what call is being made and why.

This wouldn’t be difficult to implement with soccer refs and could bring increased accountability, which is sorely needed globally, especially in the Premier League, which has the most cowardly officials in the world.

While there are a few hand signals available to soccer refs, they’re extremely limited. Referees can wave play on for an advantage and signal for direct or indirect free kicks, goal kicks and penalty kicks. Assistant referees will wave their flags for foul, offside and out-of-bounds calls or for substitution stoppages. Some referees add their own hand signals, like pointing to their arms for a hand ball, but these aren’t codified.

Would it be worthwhile for soccer refs to have more hand signals at their disposal? Possibly.

Hand signals could help explain calls to fans and, importantly, force referees to actually have a reason for blowing their whistles. Often refs blow the whistle because they think something happened and then just give a free kick with no real explanation, like when there’s a physical scrum for the ball involving a lot of players or when a goalkeeper falls to the ground under minimal or no contact.

But there are times when this isn’t necessarily ideal. For starters, there’s no need to signal a foul when there was an obvious hack or hand ball; it would only slow the game down, which sometimes seems more important to some people than getting the call right.

There are also instances when referees use a bit of discretion to make a call that isn’t necessarily the right one but the best one. For example: A ball is knocked out of bounds after a player from Liverpool clatters into a player from Manchester City but it seemed like the ball probably touched City last. In this case, a ref can give a throw-in to Man City instead of calling a foul on Liverpool, a compromise between two close calls. It’s not in the rules of the game, but few would argue with the results.

As a compromise, IFAB could codify more hand signals and require soccer refs use them when the call isn’t obvious to keep the speed of play, only to explain if the official saw a push, a hack, a trip or a hand ball when necessary.

For more complicated, match-changing calls that often involve VAR, why can’t the referee be given the opportunity to speak to the stadium and viewers at home with a microphone, like football refs do?

In football, officials regularly say “the previous play is under review” to inform everyone replay is involved. Soccer refs will make a box with their hands to signal a VAR review and notifications are shown on video screens in most stadiums. There’s not much difference here until you get to the outcome of the call.

In football, refs will explain the call, saying whether there wasn’t enough evidence to overturn a call or describing why a call was made one way or another. Soccer refs, meanwhile, can make ambiguous hand signals to show the outcome of a VAR review but never provide any real explanation. Fans, coaches and most importantly players would love to have more clarification on why certain calls go one way and not the other.

This is where soccer could most benefit from mimicking the style of American football.

Giving soccer refs the ability to communicate their calls to players, coaches and fans would bring greater transparency to the decision-making process and leave less room for doubt. If a referee thinks there was contact in the box but not enough to warrant a penalty, we should know. If a referee thinks a flying arm was inadvertent and not a red-card offense, again we should know. And we should know who committed the fouls, so we know the referee isn’t just guessing.

Will this slow games down? Sure, a little, but not enough to matter.

A 10-second explanation is far preferential to an hour of ignorance. We allow goalkeepers to take 30 seconds on goal kicks so we can wait a fraction of that to learn why key officiating decisions are made. With improved timekeeping (right now few leagues play anywhere close to 90 minutes in actual time), we could actually see an increase in the amount of time the ball is in play, so slowing the game down isn’t really relevant, especially for the sake of getting the calls right.

American football has plenty of faults in its complicated rules, but its referees are given the greatest opportunity to clarify big decisions. If soccer refs were given the same opportunities, the game would be better off for it, at the cost of a few seconds of interruption.