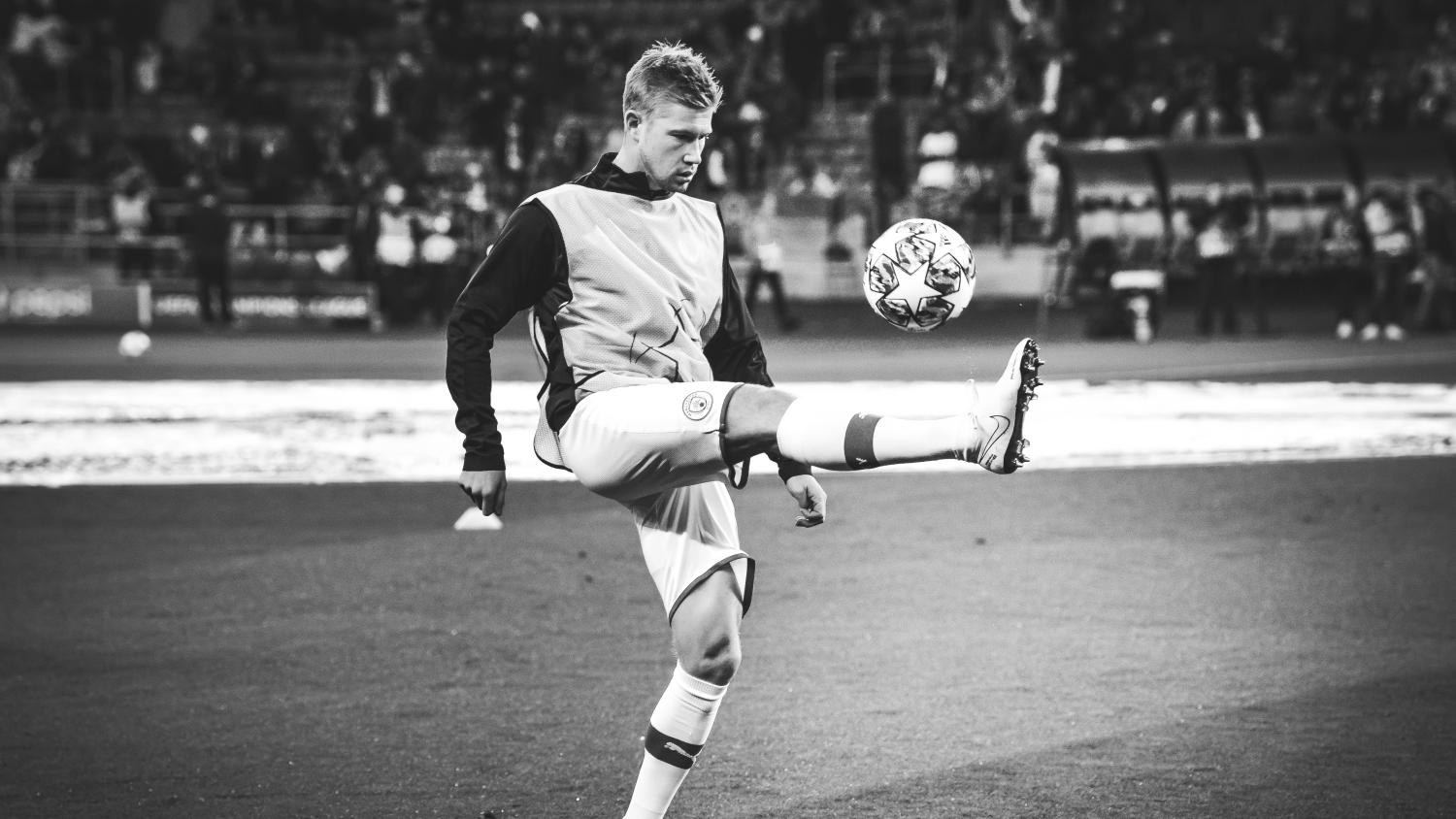 It’s like when I learned that Tony Gonzalez drinks Modelo. I started bathing in that stuff.
Shutterstock

Did you ever wear your shirt untucked, look at yourself in the mirror and scream: “GOOD GOD, WHY IS THIS UNTUCKED LENGTH SO UNBECOMING ON MY PERSON?!” I never did that either, but then UNTUCKit came along and introduced the thought into my head.

The casual men’s clothing company now has 80+ stores across the U.S. and Canada and entered the NFL Hall of Fame in 2019 after airing a commercial starring Drew Brees dragging the "NOLA No-Call.”

“At least somebody made the right call,” says Brees while looking a lot like that Distracted Boyfriend meme, except he’s only interested in another man’s untucked length.

But with America and Canada conquered, UNTUCKit is setting its sights on the United Kingdom. The face of the company’s push will be Manchester City midfielder Kevin De Bruyne, whose “cool and calm on-pitch demeanor aligns with the apparel.”

De Bruyne likes to keep it loose, except with his cross-field rakers.

“I’m not a guy that often tucks my shirts in, so it’s great having an untucked shirt that looks and fits great,” said De Bruyne while descending from the mountain top and teaching us the key points of knowledge like Zarathustra.

One must harness envy (the desire to replicate those whose shirts are neither too baggy nor too short), embrace a warrior-like disposition to pain and endeavors (when your shirt bunches up in the arms) and never take pity on the world (it’s their fault for not wearing UNTUCKit). This is the pathway to the Overman.

The new stores at Covent Garden and Westfield London will also feature bourbon tastings, perfect for all you expatriate Proof Louisville FC fans out there.