Why Is VAR In Premier League So Bad? Because The VARs Are Chicken Shit 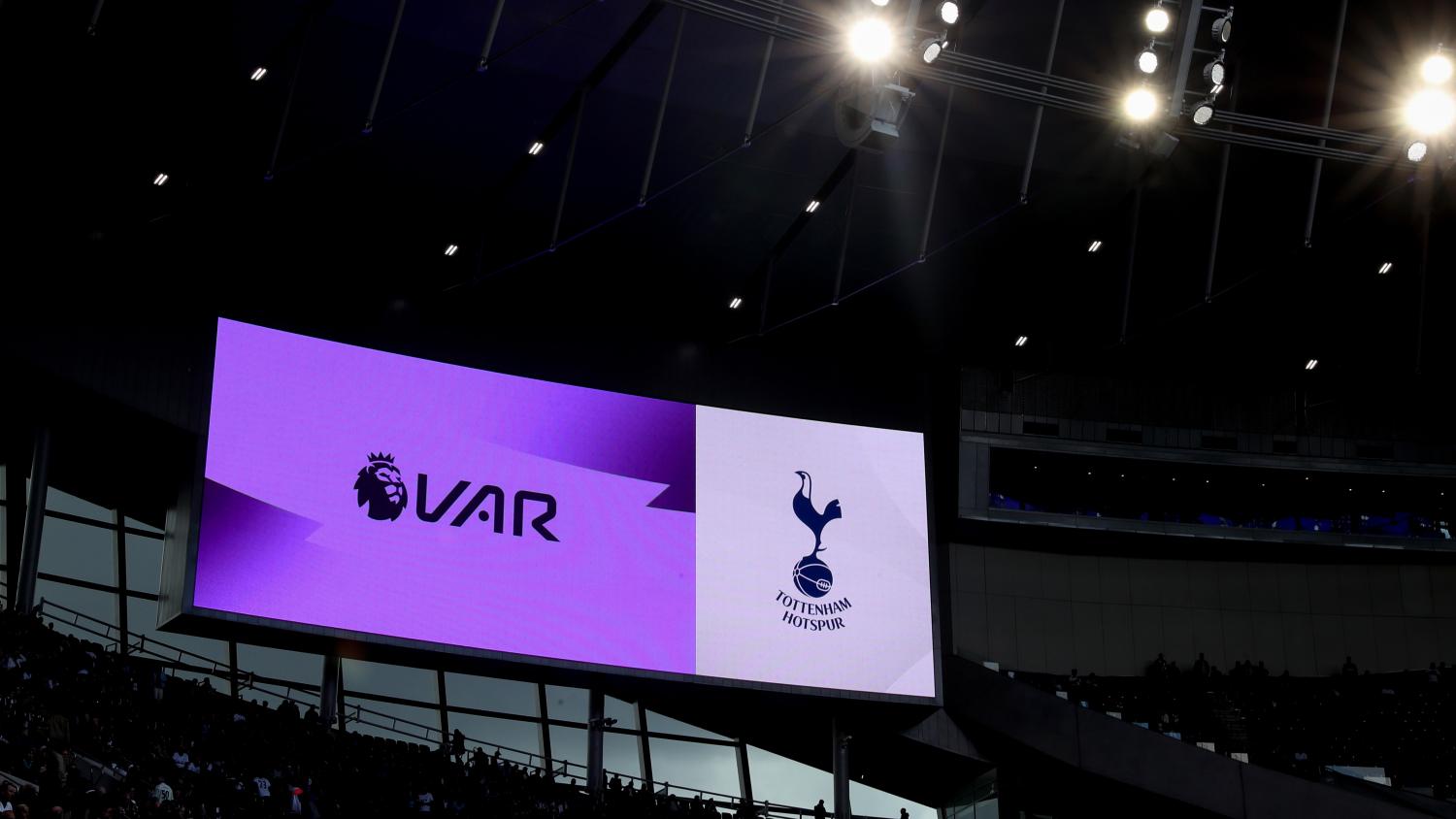 No one is happy with the use of VAR in England.
Getty Images

This past weekend saw a number of high-profile VAR decisions in the EPL, almost all of which seemed to be wrong. Why does the VAR in England seem to get things so wrong when the rest of the world has introduced replay with far fewer complaints?

Well, because English VARs are too chicken shit to actually do their jobs — and we’ve got some stunning stats to back up that statement.

On Saturday, Dele Alli scored a late equalizer for Tottenham after clearly handling the ball (the shoulder counts as a hand ball). Even the graphics team in the stadium was prepared for VAR to disallow the goal and showed “No Goal” on the video boards before VAR baffling allowed it to stand, preventing Watford from picking up its first win of the year.

Some speculation about handball, but Dele Alli has leveled for Tottenham!

Catch the end of this one on NBCSN, to see if there will be a winner!
Stream it here: https://t.co/7Xr4DpVB7K pic.twitter.com/PrQFEuAbhD

And yet when Liverpool’s Sadio Mané scored against Manchester United the next day after handling the ball, VAR disallowed the goal. It was the correct call, by the letter of the law, but that doesn’t make it any less confusing as to why Alli’s was allowed to stand.

Sadio Mane scores for Liverpool but it's disallowed as the ball hit him on the arm. pic.twitter.com/o4gFcUJusf

Penalty decisions from the VARs have been particularly dreadful, as the stats show.

On Saturday, Crystal Palace’s Wilfried Zaha clearly bundled over Kevin De Bruyne in the box, and yet after a quick glance, the VAR somehow decided to rule no penalty.

In the Arsenal-Sheffield United match on Monday, Sokratis Papastathopoulos had his shirt visibly tugged in the box, which anywhere else on the field would’ve been an easy foul call. Mike Dean, who conspiracy theorist Arsenal fans believe has it out for the Gunners, ignored the tug, even though it happened right in front of him. VAR then decided to uphold Dean’s call, despite all the evidence to the contrary, and Arsenal lost 1-0.

Later in that same match, Bukayo Saka was booked for taking a dive in the box, with Dean showing no hesitation to pull out the yellow card. Whether or not there was enough contact to earn a penalty is debatable, but replay showed a clear collision, which should negate the yellow card in any common-sense use of VAR. But the booking stood and no penalty was given, which just made everyone mad (except Sheffield United and its fans). (By the letter of the law, there is no recourse to reverse yellow-card offenses with VAR, but that doesn’t make it right.)

Those were by no means the only matches with VAR controversy over the weekend (Burnley could’ve drawn Leicester City 2-2 but for a disallowed goal for a questionable foul in the buildup) and there have been countless similar scenarios this season, especially in the first few weeks.

So, Why Does VAR Suck So Much In England?

When it comes to VAR in England, one stat stands out to show how chicken shit these replay officials actually are to do their jobs: No video assistant referee has awarded a single penalty or red card in the Premier League this season.

In 90 games, the VAR hasn’t corrected a single penalty decision. Are we really to believe these refs have gotten every call right without the benefit of replay? To make matters worse, no center referee has even gone to the sideline to check the VAR monitor, which would admit he might have gotten the call wrong.

Comparing the Bundesliga (which is now a VAR vet) to the Premier League, it’s shocking how little the VAR is doing to actually get the calls right. We all know England doesn’t have the best referees in the world, so why aren’t they utilizing replay to get the calls right?

Bundesliga has 11 penalty decisions in 72 games, one every 6.5 games or just over 1 every gameweek.

Premier League has ZERO penalties via VAR in 90 games.

So why does VAR suck in England and create such drama and dissatisfaction from fans, pundits and players alike?

The problem seems to be with the VARs’ interpretation of its role.

During the Manchester United-Liverpool match, Marcus Rashford scored following what many thought was a foul committed by Victor Lindelof on Divock Origi. The foul call could’ve gone either way, but a statement released later said the VAR opted to not even review the play because it wasn’t “clear and obvious.”

The VARs in England are simply not willing to override the officials on the field unless it’s clear and obvious the referee got the call wrong. Even if the call was wrong, the VARs won’t ensure the call is made correctly unless it was a “clear and obvious” mistake — a dubious and arbitrary standard to begin with. Is it acceptable to have referees in the VAR booth who refuse to override the calls of their fellow referees?

So why even have VAR if the VARs aren’t willing to get the calls right? While elsewhere around the world the VAR is generally instructed to only correct “clear and obvious” mistakes, only in England is this line used as a shield to not actually use the tools in place to ensure the match is officiated correctly.

(That is, unless it’s an offside call, in which case subjectivity is taken out by some slightly less arbitrarily drawn line on the pitch. Only then does the VAR step in to make a definitive decision.)

Officiating soccer is hard, especially at the highest levels. It’s for precisely this reason the VAR was introduced to world football — to help the refs get the calls right.

But in England, the VAR is too scared to do its job, whether out of deference to the officials on the pitch or timidity over being called out in the press.

Either way, it’s once again proving England has the worst officiating in the world, both on the field and in a video booth.